Perhaps there exists, in this painting by Velazquez, the representation as it were, of Classical representation, and the definition of the space it opens up to us. And, indeed, representation undertakes to represent itself here in all its elements, with its images, the eyes to which it is offered, the faces it makes visible, the gestures that call it into being. But there, in the midst of this dispersion which it is simultaneously grouping to­gether and spreading out before us, indicated compellingly from every side, is an essential void: the necessary disappearance of that which is its foundation - of the person it resembles and the person in whose eyes it is only a resemblance. This very subject - which is the same - has been elided. And representation, freed finally from the relation that was im­peding it, can offer itself as representation in its pure form.

Our first order of business is to actually look at the painting. There are a few crucial details to notice. First, this is a painting of a scene of painting. That alone should give you at least an inkling of why Foucault choses to discuss this work. The room is lit through a window out of frame, and the walls of the room are covered with paintings. We see Velázquez himself on the left, holding a brush and palette, and standing before a work (presumably) in progress; moving down and to the right, we see the Infanta Margaret Theresa surrounded by companions and guards; moving up, a man framed by a doorway in the distance; and between him and Velázquez -- a mirror.

The mirror is the most startling detail to many, because it draws our attention to a crucial absence. Take a look: 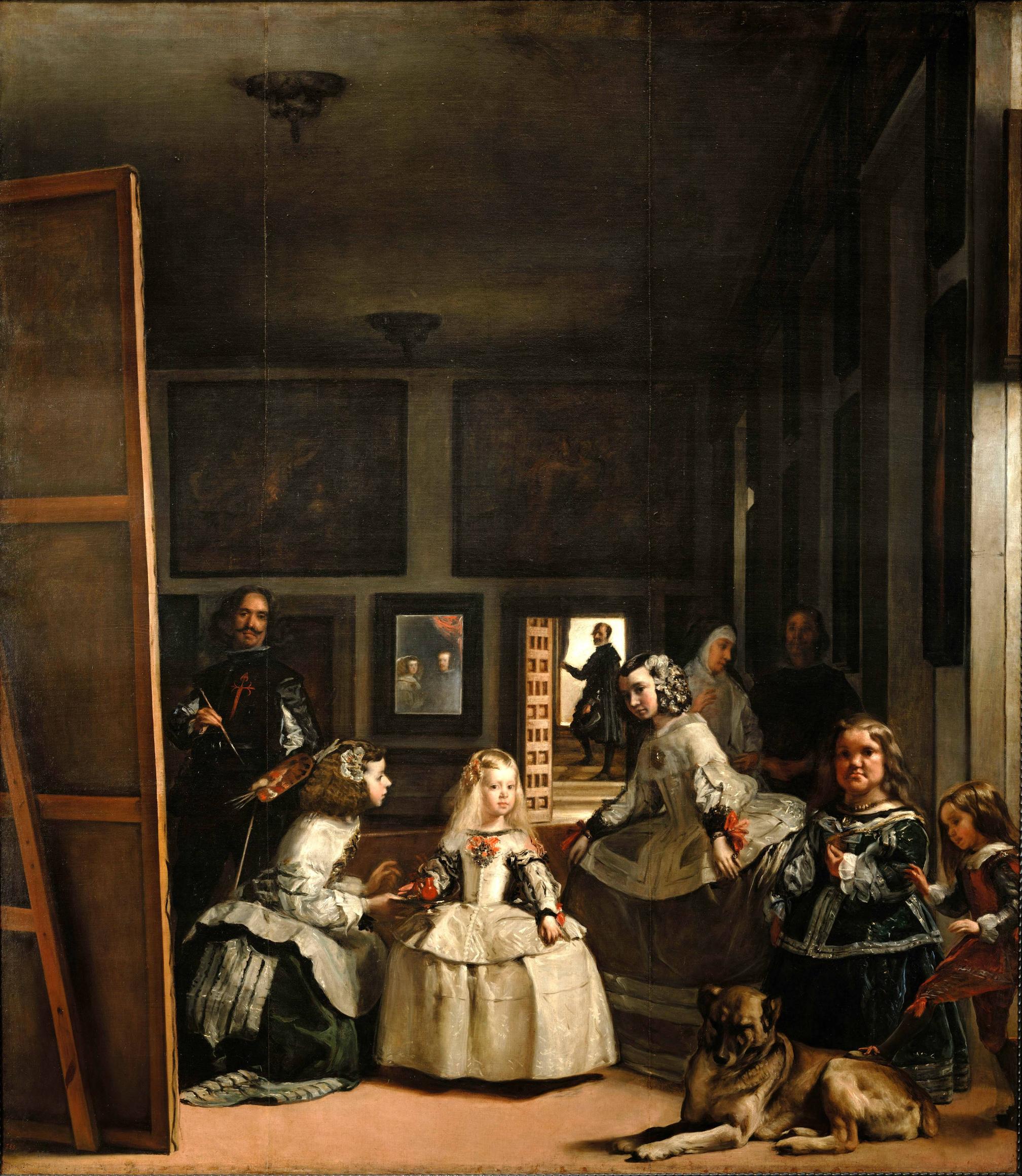 The painting, as Foucault says, shows us representation "in all its elements." He enumerates them:

But the subject of the painting is absent. The painting has been turned away from our view, and the people it represents are not shown. At best, we can surmise that the two figures in the mirror are the subjects, but their presence in the scene is a second-order presence -- it is merely a reflection. Uncannily, it also appears to be reflecting us as we observe the painting; we, as observers, occupy the same point of view as the subject of the painting. And we also share that point of view with the painter as he works the canvas of this painting.

I think Foucault wants us to understand two things from this. First, the conventions of representation demand that the space in which this point of view exists be empty. Or, to put it a different way, they require that it be free for anyone to occupy. It cannot be in the painting, nor indeed is it clear what that would mean in the context of "Classical representation." It is only by creating this implicit space outside the painting that the painting itself can be made sense of. This is a constitutive absence -- what Foucault calls an "essential void." Without that void, representation could not function as it does.

And second, he wants us to understand that when we look at a painting in the usual way -- by standing in front of it and saying "oh look, there's a dog" -- we blind ourselves to the actual process by which representation comes into being. We skip past all of the complex social activities that allow representation to happen -- all of the relationships and power structures that enable the painter to work -- all of the institutions that educate us in the conventions of visual representation -- and see nothing but the dog. By excluding the subject of the painting here, Velázquez draws our attention away from the subject, and towards everything outside of the painting that allows it to exist in the first place.

The subject of the painting, from this point of view, is the least important thing about it. It becomes something like what Hitchcock named "the MacGuffin": something in a narrative that motivates all the characters' actions, driving the plot, but that the author might as well have chosen at random. Think of The Maltese Falcon -- or for a more modern example, the glowing briefcase at the end of Pulp Fiction. We don't know what's in the briefcase, and we don't really care. We only care about what it makes the film's characters do.

That's the attitude towards representation that Foucault is trying to inculcate in his readers. Don't look at The Great OZ; pay attention to the man behind the curtain.

Not the answer you're looking for? Browse other questions tagged postmodernism or ask your own question.

3
What happend to the embracing of a particular schools of philosophy in Universities?
0
Did Francois Lyotard coin the word postmodernism?
17
Why so much hate for postmodernism?
3
Why Chomsky called postmodernist ideas "absurdities" when related to the "Third World"?
3
What are the benefits of Jean-François Lyotard's "little narratives"?
3
Is the "blind men and an elephant" illustration self-refuting?
2
In Postmodernism, why is irony "the only option"?
2
Why is Nietzsche associated with postmodernism?
2
Why is “The Name of the Rose” by Umberto Eco often regarded as postmodern?