What came first, language or consciousness?

What came first, language or consciousness?

Has any philosopher said that language gives us consciousness by allowing us to communicate with ourselves and therefore giving us choices that we did not have before?

And on the other hand, what has been said to support the thesis that consciousness is necessary first in order to allow symbolic communication?

Has any philosopher said that language gives us consciousness by allowing us to communicate with ourselves and therefore giving us choices that we did not have before?

Not that I am aware of; Wittgenstein's private language argument shows why the notion of a purely internal "language" doesn't make sense.

And on the other hand, what has been said to support the thesis that consciousness is necessary first in order to allow symbolic communication?

The question, I imagine, comes down to what we mean by "consciousness"; it seems pretty well established that bees make use of symbolic communication. Are bees conscious?

The answer seems so immediately evident to me that it makes me wonder what has made the OP to have doubt in the first place.

Just how can there be any language capability without consciousness? One has to be first conscious to use anything and language is no exception! Just look at the newborn and how it learns to associate symbols only after he becomes adequately conscious of the environment and also conscious of primitive communication methods (gesture, voice, etc).

Dr. Trigant Burrow (1875 - 1950) wrote in Preconscious Foundations that the language followed after consciousness and caused quite a few problems. His theory is that early consciousness was holistic/unified but later and quite recently, in terms of evolutionary time, language came along and profoundly confused people and society. The main problem seems to be the tendency for literalism, but more mendacious tricks and methods of social control are not beyond suspicion. The solution sounds a lot like buddhism: consciously detaching from views and thinking/being without language/mentation. 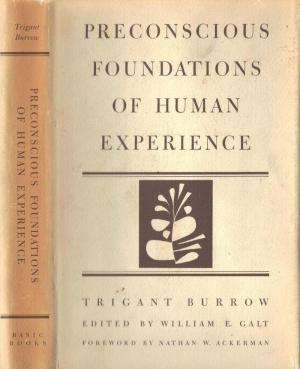 On the other hand, there is little doubt about language's coevolution with emotions and culture. E.g. The co-evolution of language and emotions (PDF)

We argued that not only were the social emotions a precondition for the evolution of instructive communication and controllable imagination, but also suggested that their co-development and co-evolution with language led to new repertoires of emotions.

"Has any philosopher said that language gives us consciousness by allowing us to communicate with ourselves and therefore giving us choices that we did not have before?"

I really doubt it. From my own experience, I don't know what language I use to communicate with myself but it's not English. It's something that provides a forum of meaning and interaction of my own thought, which is only then turned into any external language (English, body language, or otherwise) once I need to articulate it - or, in the case of body language etc, it happens involuntarily.

Incidentally elements of your question hint at the world of Neuro-Linguistic Programming . . Not entirely, but it might be of interest : What Is NLP

"Consciousness is a fascinating but elusive phenomenon. Nothing worth reading has been written about it." Stuart Sutherland in the 1989 International Dictionary of Psychology

The definition of 'consciousness' is a matter of some debate. Most people - and probably even most philosophers - use the layperson definition of the term being equivalent to subjective mental experience.

Personally, I disagree with this common and popular definition. It seems terribly imprecise and fails to differentiate between related terms of sentience, sapience etc. It requires additional distinctions such as described by Ned Block between “phenomenal consciousness” (P-consciousness) of pure experience, sounds, emotions etc., and “access consciousness” (A-awareness) of introspection, memory etc.

An alternative is where consciousness is distinguished from sentience (from the Latin “to feel”) and sapience (Latin “to know”, or “to be wise”). "Consciousness" derives from Latin conscientia which primarily means moral conscience (knowledge-with, shared knowledge, cf., Cicero).

Descartes was the first to use it in the sense of the individual ego and awareness and that's probably where we get the lay usage today, but even that was expanded by Locke to include moral responsibility.

Consciousness is typically described in terms of phenomenological subjectivity; awareness, a sense of self, which is also applied in contemporary medicine as a continuum (from being fully alert and cognisant to being disorientated, to being in delirium, to being unconscious and unresponsive). The historical definition suggested social co-knowledge (con- "together" + scire "to know") suggesting moral reasoning (conscientia, conscience) and language. This original use is still applied in law with the concept of legal responsibility with consciousness.

Using these more precise (and etymologically accurate) definitions, consciousness and language are strongly related to the point of being occurring simultaneously. One becomes conscious at the same time that they grasp the shared (c.f., Wittgenstein) symbolic values.

It is worth reading the material of the contemporary linguistic pragmatistsm particularly Jurgen Habermas, and Karl-Otto Apel for further consideration of this point of view.

I believe that consciousness is proper to any living creature, given its requirement to interact with its environment. Even plants have to react to a cut, or dry soil or low sunlight. It somehow knows how to react by instinct. Self-conscience is, I think, the simplest form of conscience; I would even call that a "soul". Communication happens naturally when you interact with the environment, but you just cannot notice and interpret all the information generated by the environment. Some species notice more and may even build and establish a sophisticated communication standard based on mutually understood conventions assigning symbols to meaning. Therefore I think that basic consciousness and basic communication is proper to all living beings, and that both are a consequence of our interaction with the environment.

Dr Julin Jaynes speculates in his book; The origin of consciousness in the break down of the bicameral mind. In Dr Jaynes thesis he puts forward though corroborative evidence the revolutionary idea that consciousness did not begin far back in animal evolution but was a learned process that emerged though cataclysm and catastrophy, from hallucinatory mentality only three thousand years ago and that it is still developing to this day.

Dr Jaynes contends that we are still living with vestiges of are bicameral past to this day. Take a european from the middle ages and injected them into todays society he or she could perhaps adjust to the technological advances. Still that person would probably be unable to understand and adjust to today's profoundly different why of thinking.

consciousness is a conceptual medaphor- generated analog world that parallels the actual world. Thus consciousness would have proceeded language and written languages according to dr jaynes thesis.

My own projection is consciousness will continue to expaned into total consciousness clarity and the bicameral past that Dr Jaynes explians will fall away from are minds leaving only consceptual clarity and authority of ones own mind.

The bicameral mind was mans intelligent, nature-evolved mind before he discovered consciousness as a conceptual/introspective mind.

Not the answer you're looking for? Browse other questions tagged philosophy-of-language consciousness linguistics or ask your own question.

6
Language or idea? Which comes first? (language of thought hypothesis)

8
What is an “unarticulated background”?
2
The Nature of Consciousness
2
The hanging judge
1
Language and consciousness
2
Sketch of a proof for real free will?
1
Where's Sophia along the “spectrum of consciousness”?
3
Are there philosophers who argue for a close connection between consciousness and existence?
0
Does the first law of thermodynamics guarantee us free will?
2
An English room inside Searle's Chinese Room?