What role does "counting histories" play in Deutsch's critique of the "simulation argument"?

In his book The Beginning of Infinity, David Deutsch argues that there is a problematic assumption behind the simulation argument that "virtually all instances of us are in ... simulations and not in the original world" since

counting the number of instances of oneself is no guide to the probability one ought to use ... We should be counting histories not instances.

What is meant by the distinction between histories and instances and how does that distinction create problems for the simulation hypothesis?

(This is a rather old question, but I'm just picking up the book and having a look. The quote is on p. 454 of my copy of the book.)

His analogy is with puff pastry. 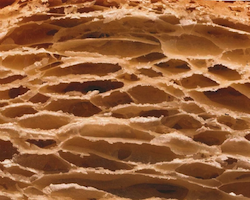 This is my interpretation of what Deutsch wrote:

He argues that in physics (QM), this probability is provided by counting histories (paths, via layers, from anywhere to any and all layers above (x, y)) by measure, and not by the (relative) number of layers above (x, y)), which (the latter) would typically give you the wrong physical answer.

Not the answer you're looking for? Browse other questions tagged epistemology philosophy-of-science metaphysics cosmology computation or ask your own question.

14
Is the simulation hypothesis outside of science?

3
What are the major points of Meillassoux's critique of correlationism?
1
What is the role of representation in medieval vs modern epistemologies?
13
Does the Simulation Argument differ in essence from the Evil Genius puzzle?
7
Succinct argument for the fundamental role of binary digits as information units
3
Ought we only form beliefs based on sufficient empirical evidence?
3
Does the simulation hypothesis confuse discovering with inventing?
1
What is the role of public intellectual/philosopher in "post truth" world?
2
Understanding the simulation argument
3
Is the simulation argument an act of faith?