Is this description of "universal systems" with regards to Deconstruction valid?

EDIT : I have accepted an answer for the time being

I have accepted an answer to this question. The answer and subsequent comments exchange has given me some more insight into my question. It does not, however, answer it from the perspective of formal logic. I am still curious about this aspect of my question. Stated more directly: How could Derrida's argument (or the interpretation of it given in the quoted passage below) be analyzed in terms of a logical system?

Ultimately, I am trying to understand why this kind of thinking was so vehemently opposed by Searle and others and would be interested in a response from a different methodology and discipline than Poststructuralism itself.

Since I am unfamiliar with Postmodern philosophy I have been reading Deconstruction: A Reader. In the introduction the author makes a claim that I find to be somewhat dubious. He states the following: 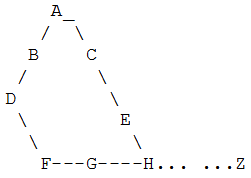 It would seem to me the author is trying to state that a universal system, by definition, has to exclude something in order to maintain its completeness. But why? If it is a universal system (a set of all sets?) then why must there be a "discernible limit to the action of the system". And if the system "is closed" how can this be the case? If the system is universal then it includes everything there is to include.

Further it seems the author's usage of the words limit is more like a boundaries between two zones (the system and not the system) rather than actual limit. So yes, "something must exist outside the system" and "whenever we draw a limit we are defining what is inside the limit by presupposing an outside of the limit". But if this is actually true then by what right do we have to call this system of systems a universal system in the first place?

Furthermore, why can the universal system not account for itself? If this is the missing piece (Derrida's "supplement") then it seems the author is implying that what lies beyond the limits of the universal system is itself. This make no sense to me. In fact, this appears to be a paradox.

It seems to me that the author is making some kind of informal reference to Godel's Incompletness Theorem. I do not have the proper background in the mathematics behind this (or formal logic for that matter) but as I understood it, Godel's theorem applies to the arithmetic portion of axiomatic systems. How does that apply in this case?

And the bigger problem to me is that how does any of this extend to discussions on sociology, language, consciousness, and so forth? Ultimately, the author is going to use this logic to define the relationship between many different kinds of systems (social, political, scientific etc) and do not see how this is possible given the description above.

I would be most interested in a response that answers this question from the perspective of formal logic.

I know Derrida better than I know formal logic, but i'll do my best to incorporate that perspective.

What I think this author leaves unmentioned, which is most important to understanding this configuration Derrida's thought, is the concept of a system's center, as it is called in "Structure, Sign, and Play in the Discourse of the Human Sciences", or the transcendental signified as it is called in Of Grammatology. The center is not simply an important piece of a system, and it would be difficult to illustrate its relations in a diagram like the one above. The center grounds the systematicity of the system, which is to say that it is the reason the system holds together as a unified whole and is intelligible as a single entity.

The paradox (Derrida would say the aporia) of the center is that it must be both inside a system (at the center, no less) and beyond it, transcending it in order to ground it. To use a topological or architectural metaphor, what grounds a structure must be outside of it or independent of it in order to offer support (think of the earth in relation to a building) yet it must have a point of contact and that force must suffuse and sustain the entire structure.

There are several examples of how a center of the universal system has been imagined, and all of them reveal this same aporia. It has been common since the Enlightenment to imagine that natural causality could be the guiding force of all reality, determining everything from the motion of planets to the motion of atoms, and dictating consciousness through the activity of the brain. But such explanations leave a necessary gap in their accounting of the universal system. If everything in nature has a cause, then the universe itself, in order to be natural and subject to the absolutism of this explanation must have a cause. What could have caused it? Its cause must be outside of the universe. This aporia shows the simultaneous immanence and transcendence of the center, or the notion of a limit having an outside, as the author you mentioned described it.

Many thinkers portrayed God as a solution to this aporia, by causing all natural existence, and being causa sui, or cause of Herself in turn. But this only displaces the problem, as the entire history of mysticism and theology attests in its different configurations of the immanence and transcendence of God. (Immanuel Kant in the Critique of Pure Reason showed how both scientific thought and religious thought face this same aporia in attempting to grasp universality.)

With respect to logic, as your question asked, it would be necessary to ask the question of the ground of logic. That is, what makes logic a system? What makes it true? What makes it applicable universally? Universal and necessary truth is intrinsic to the idea of logical systematicity, and the Principle of Sufficient Reason (itself a fundamental logical principle) insists that everything true have a sufficient reason why it is true. As you probably know, the Empiricist tradition attempted to ground logic in experience - we learn of syllogistic reasoning and other basic logical principles through seeing that they work every time we try them. But Hume and Kant pointed out that this is faulty logic because logical truth is accompanied by the conviction of its universality and necessity, and these two traits could never be learned from finite experience.

Ultimately, another aporia faces logic at its roots. If it were grounded empirically, either learned through the senses or written somehow in our psychology or the gray matter of our brains, then it would be impossible to account for its universality or necessity. If these principles are eternal, static entities or Ideas, like immobile Gods, it is unclear how they ever enter reality - how do we ever become conscious of them and how do they come to shape phenomena in the world? To fully elaborate this aporia it is necessary to consider the metaphysical notion of a first principle as it was articulated most powerfully by Aristotle and Hegel. The principle cannot be static but must both explain and be the cause of all the individual change and motion which exists.

Not the answer you're looking for? Browse other questions tagged logic metaphysics derrida deconstruction or ask your own question.

33
How did first-order logic come to be the dominant formal logic?
4
Does this philosophical argument about accidents and universal origin contain valid logical structure?
0
What is the study of systems (like logic, maths etc) called?
5
If an argument can be valid in one logical system, but invalid in another, are logical arguments "meaningful"?
3
Is being something and not any other thing a necessary and sufficient condition of existence?
1
Explaining the Termination Risk of Simulation Technologies
1
Comparisons between two notions of existence
3
Does Godel's second incompleteness theorem mean it's impossible to know whether a proven statement cannot also be disproven?
1
Do philosophers think physical laws are logical statements?