What does Nietzsche mean by "blond beast?"

This may be too much to ask but can someone explain what "blond beast" means in Nietzsche's On the Genealogy of Morals.

I tried reading it from a couple of other sources but got confused.

The "blond beast" is (probably) an actual lion

This answer is based on my readings of Nietzsche translated into English, since I do not speak German. My analysis therefore relies on the quality of translations of Nietzsche's work; it would be useful to supplement my answer by checking with a German speaker to ensure that the translations I am relying on are an accurate rendition of his original writing.

Nietzsche's reference to the "blond beast" has often been interpreted as an indication of belief in the racial superiority of the Germanic "Aryan" racial type, and there is some (uncertain) evidence for this (see below). However, there is also substantial evidence that Nietzsche was not making any specific human racial reference here, but was instead making an analogy to the lion - i.e., the literal "blond beast". In his writings, Nietzsche ascribes to the conquering type of man the characteristics of the lion, which is an actual literal blond predatory animal. Nietzsche describes it this was (all quote-references are from translation by Ansell-Pearson (ed) (2006) On the Geneaology of Morality):

At the centre of all these noble races the beast of prey, the splendid blond beast avidly prowling around for spoil and victory; this hidden centre needs release from time to time, the beast must out again, must return to the wild – Roman, Arabian, Germanic, Japanese nobility, Homeric heroes, Scandinavian Vikings – in this requirement they are all alike. (p. 23, emphasis added)

Two things stand out from this full quote. The first is that there are many phrases he uses to give analogy between the "noble races" and the traits of an actual literal predatory animal. The term "blond beast" is only one of these terms, but he also refers to the "beast of prey" and says that they are "prowling around" and "return to the wild". The second thing that stands out is that he gives a list of human groups as archetypes of this ideal, and clearly many of them are not blond (e.g., Arabian/Japanese nobility). It is impossible to reconcile the Aryan racialist interpretation of "blond beast" with Nietzsche's inclusion of Arabians and Japanese in his description of these archetypes. Although the above quote does not refer directly to a lion, Nietzsche makes some more direct references in other parts of his work:

These Greeks, for most of the time, used their gods expressly to keep ‘bad conscience’ at bay so that they could carry on enjoying their freedom of soul: therefore, the opposite of the way Christendom made use of its God. They went very far in this, these marvellous, lion-hearted children. (p. 65, emphasis added)

Here we see his description of the superior type of man as "lion-hearted", which gives another close analogy to the lion. The above constitutes strong evidence that Nietzsche does not have a specific racialist interpretation in mind (since he includes several groups that are not even close to blond). However, there is also some potential counter-evidence. For example, in describing the Germans, Nietzsche says:

The deep and icy mistrust that the German arouses as soon as he comes to power, which we see again even today – is still the aftermath of that inextinguishable horror with which Europe viewed the raging of the blond Germanic beast for centuries (although between the old Germanic peoples and us Germans there is scarcely an idea in common, let alone a blood relationship). (p. 23, emphasis added)

Here Nietzsche refers to the "blond Germanic beast". Though I am not sure about the faithfulness of the translation here (perhaps some German speakers who have read the original can offer commentary), this could arguably be interpreted to mean that the blondness is a reference to an characteristic of Germans, rather than a reference to the "beast" analogy to which they are compared. Personally, I find this evidence quite slim when compared with Nietzsche's explicit mention of Arabian and Japanese nobility as examples of the "splendid blond beast". I suspect that it is either just a translation difference or a sloppy use of language that splits the analogy.

There is a good discussion of this issue here, where several philosophers discuss both the "blond beast" metaphor and also Nietzsche's broader views of the histories of the conquering races of man, and his views on immigration and human breeding in the future. The consensus seems to be that the "blond beast" is a metaphoric reference to the lion, but it may also have some elements of homage to the Homeric heroes of the Iliad (e.g., Achilles, Menelaus, and Meleagar) and the ancient Nordic races. (Incidentally, it has been theorised by anthropologists that fair-skinned blonde races had a survival and health advantage in the cold conditions of Northern Europe, since they were better able to absorb vitamin D from the sun and therefore less likely to get rickets. This could have led to greater health and development. There is perhaps some tenuous possibility that this could lead to a higher likelihood of human conquerors mostly being blond for the periods Nietzsche examined, but I think it is pretty tenuous.) The consensus seems to be that Nietzsche's theory was not racialized in nature, but that it was interpreted this way (in a rather self-serving manner) by the Nazis. This allowed them to piggy-back on the reputation of this famous philosopher and assert that their own racialist doctrines were rooted in this examination of history. 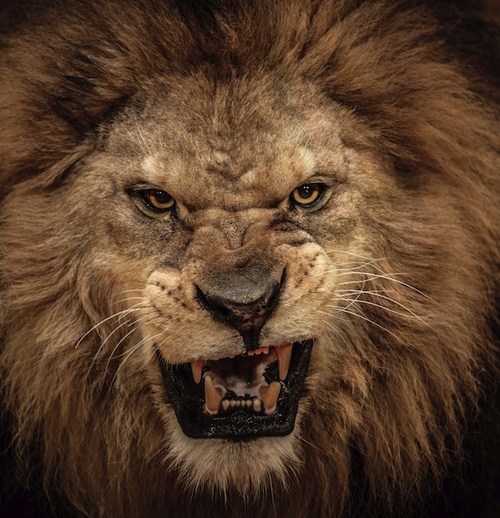 It is already hard to interpret Nietzche's prose when translated from the German language, let alone when reading just isolated excerpts, so I am assuming you read (or intend to read) the entire "Genealogy of morality", not just the fragments where this image is used (1-11 and 2-17). It has been argued that the author does not imply a particular race of humans, but refers to the emergence of a primitive disposition for dominance of the majority by a minority inside a group of humans, recurrent in history (see, for instance, this).

Be careful to realize that his main target, particularly in the second essay, is what he calls bad conscience, a precursor of nihilism, the "will to nothingness" of the civilized man. In that respect, the "blond beast" is not spared of Nietzche's harsh criticism. Look at how 2-17 ends:

They are not the ones in whom ‘bad conscience’ grew; that is obvious – but it would not have grown without them, this ugly growth would not be there if a huge amount of freedom had not been driven from the world, or at least driven from sight and, at the same time, made latent by the pressure of their hammer blows and artists’ violence. This instinct of freedom, forcibly made latent – we have already seen how – this instinct of freedom forced back, repressed, incarcerated within itself and finally able to discharge and unleash itself only against itself: that, and that alone, is bad conscience in its beginnings.

7
Can any Nietzsche experts offer recommendations for research on the origin/meaning of suffering in Nietzsche?
15
What is the modern view of the validity of Nietzsche's On the Genealogy of Morals?
15
What does "You go to women? Do not forget the whip!" mean?
2
how ancient is Nietzsche's ancient humanity?
11
What confirms the claim that Friedrich Nietzsche was an atheist from a christian perspective?
1
Why does Nietzsche blame all sufferers themselves for their suffering?
10
Are there arguments against Nietzsche's master morality?
9
What was Nietzsche's Position on Darwin and his theory of Evolution by Natural Selection?
3
Nietzsche on Goethe: Not an ascetic priest, "He knows more."
4
Meaning of aphorism 133 from chapter 4 in beyond good and evil by Nietzsche