Did Bertrand Russell ever call his work in logic a failure?

As far as I know, Russell never threw in the towel. Gödel's sentence is nonsense (neither true nor false) because it violates Russell's vicious circle principle. I wonder in which book Russell referred to his own work as a failure. 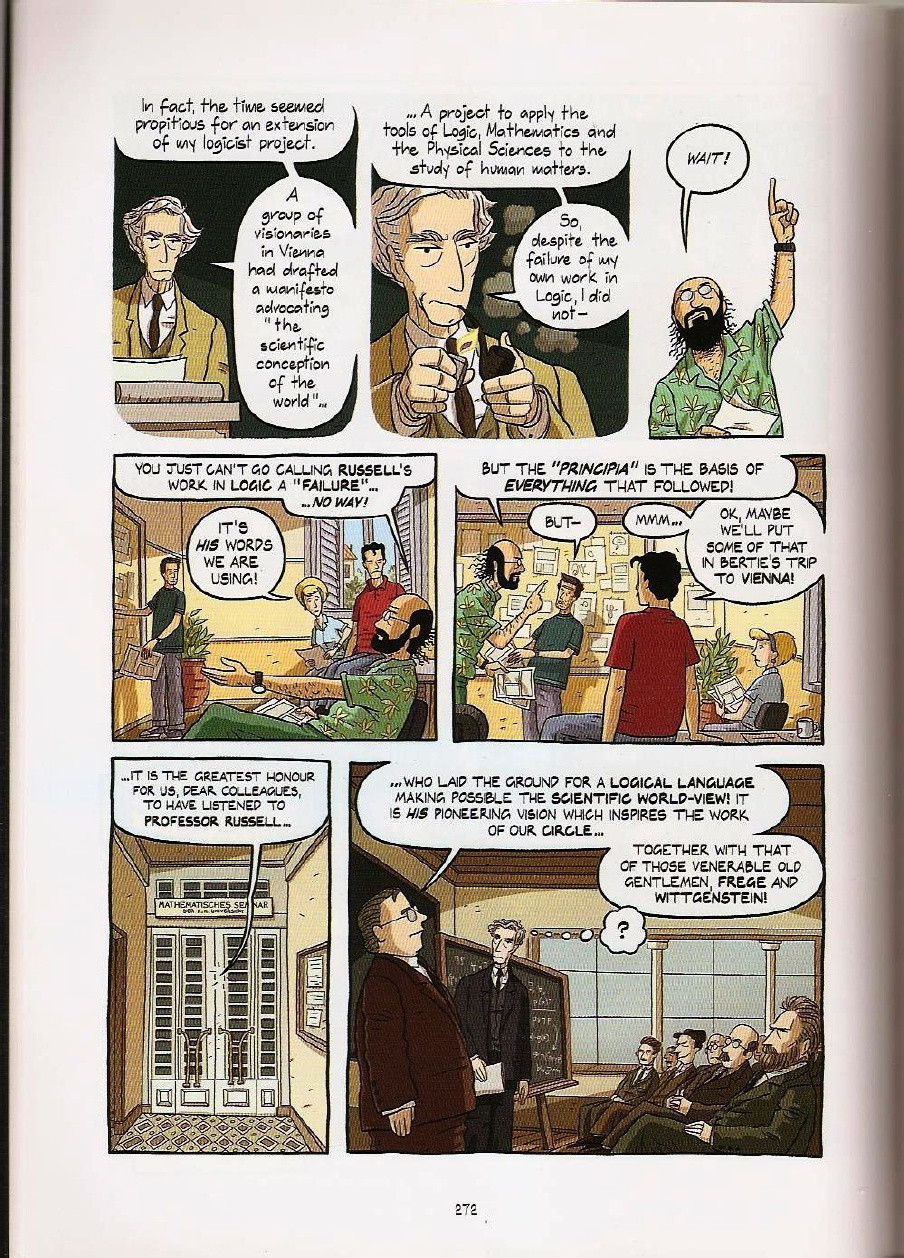 This, I don't think is a philosophical question; but perhaps a question for Russelology.

Mathematics doesn't work in quite the way you're suggesting; in that there are definite right and wrong answers - ie following a binary logic of truth; at least in its inner dialectic of development.

The importance of Godels work is that it broke new ground in mathematical logic, founding a new field - model theory - as well as elsewhere, for example in computer science: Turings halting theorem is essentially Godels theorem placed in a different context, and in fact one can derive the theorem of Godel from Turing.

Russell's own work, for example ramified type theory still continues but in a new language - type theory in computer science; this then I think as success.

But the larger question of reducing mathematics to logic, even if achieved, is only in itself a question that mathematics can ask and answer; but one, I don't think that can be reduced to it; since mathematics also shows an inductive and deductive dialectic.

I could not find anything resembling the Logicomix quote. However, Encyclopedia Brittanica has this to say:

"Wittgenstein’s own work, eventually published in 1921 as Logisch-philosophische Abhandlung (Tractatus Logico-Philosophicus, 1922), undermined the entire approach to logic that had inspired Russell’s great contributions to the philosophy of mathematics. It persuaded Russell that there were no “truths” of logic at all, that logic consisted entirely of tautologies, the truth of which was not guaranteed by eternal facts in the Platonic realm of ideas but lay, rather, simply in the nature of language. This was to be the final step in the retreat from Pythagoras and a further incentive for Russell to abandon technical philosophy in favour of other pursuits".

So the source of Russell's disappointment in logic was Wittgenstein, not Gödel. In fact, Frege-Russell version of logicism is not seriously affected by incompleteness, unlike logical positivism:"Carnap needs to maintain that arithmetical truths are in some sense true in virtue of the meanings of 'plus' and 'times', say, whereas Frege and Russell do not—these latter signs simply do not occur in their systems", see Friedman's Logical Truth and Analyticity (pp.90-91).

To the extent that Russell "failed" it was more due to unwieldiness of Principia, and "suspicious" axioms like infinity and reducibility that he needed to include to reduce mathematics to logic. Whatever his personal feelings the role Principia played is seen as very positive today, both for mathematics and for philosophy:

"Along with Aristotle's Organon and Gottlob Frege's Grundgesetze der Arithmetik, it remains one of the most influential books on logic ever written... Principia Mathematica proved to be remarkably influential in at least three ways. First, it popularized modern mathematical logic to an extent undreamt of by its authors. By using a notation superior to that used by Frege, Whitehead and Russell managed to convey the remarkable expressive power of modern predicate logic in a way that previous writers had been unable to achieve. Second, by exhibiting so clearly the deductive power of the new logic, Whitehead and Russell were able to show how powerful the idea of a modern formal system could be, thus opening up new work in what soon was to be called metalogic. Third, Principia Mathematica re-affirmed clear and interesting connections between logicism and two of the main branches of traditional philosophy, namely metaphysics and epistemology, thereby initiating new and interesting work in both of these areas".

Not the answer you're looking for? Browse other questions tagged bertrand-russell or ask your own question.