Want to improve this question? Update the question so it focuses on one problem only by editing this post.

In Eastern philosophy, many philosophers of different persuasions have developed answers around what is called The Theory of Error. As part of their various theories, they define what constitutes valid knowledge and invalid knowledge. For example, one says a firm or assured cognition which does not stand in need of confirmation by other cognitions constitutes valid knowledge. In other words, free from doubt and true. Another says it must also be novel; a knowledge which does not add something to our present stock of information cannot be valid. There are many more examples.

The first Western philosopher who discusses explicitly the concept of knowledge - in the sense of valid knowledge from your question - is Plato. His term for knowledge is episteme. Plato contrasts knowledge to mere meaning which is termed doxa.

This definition shows what is necessary to constitute knowledge:

Interestingly, in the end of the dialogue Plato rejects also this definition (208b11).

After more than 2000 years of Western philosophy it was Karl Popper who gave the whole discussion, whether valid knowledge is possible, quite a new turn. Popper abandoned all unavailing attempts to find valid knowledge about general topics different from mathematical truths. Popper's principle of falsification states that such general knowledge is always hypothetical and cannot be verified but only falsified. But falsification prompts for new and better hypotheses.

These are I think fairly general features which apply generally to a philosophy, to the extent it can - meaning in competition or dialogue with another philosophy. Say, in choosing Descartes Philosophy - though Spinoza could do equally as well:

For example, one says a firm or assured cognition which does not stand in need of confirmation by other cognitions constitutes valid knowledge.

This is the context in which Descarte begins with his cogito; but this is through his encounter with Avicennas Floating Man.

In other words, free from doubt and true.

In itself the cogito is free of doubt and true; but just by itself it leads to solipsism, or men considered as mental atoms; hence the modern theory of the Subject in European philosophy is more about inter-subjectivity.

Another says it must also be novel

The cogito when understood to be in descent from Avicenna is not novel; for Avicenna too, was arguing for what constitutes certain knowledge; but is novel in how it is later theorised (see above).

a knowledge which does not add something to our present stock of information cannot be valid.

Physicists have been arguing that philosophers have done nothing for physics (a charge they don't level to other disciplines of the intellect - ie historians) due to their historical relationship; but one needs to recall those philosophers were called philosophers of Nature - and in a different aspect that tradition has continued - ie Naess's deep ecology; of which Naess admits an influence from Gandhi

There are many more examples.

One fascinating link for me is how language itself informed early Indian philosophy; for example Paninis grammar as a form of the axiomatic, which in the Western tradition is traditionally indexed by Euclid.

It is true though that Indian philosophy in the west is hardly engaged on its own terms; with even the influence that it has had as an underground influence, say on Emerson or Schopenhauer barely acknowledged; but is this also the case for Indian philosophy in India? Garfield and Bhushan for example in this essay explores the situation for such philosophy written in English taking a single exemplar, Mukherjee of Allahabad and concluding:

But languished in obscurity since the institutional support wasn't there; with Mukherjees work, published in the Allahabad University Studies which was never distributed nationally and exist only in:

To which situation they have mounted a limited rescue operation, publishing a selection of essays from these thinkers in Indian Philosophy in English; to which the NDPR respond that the complaint by Daya Krishna that Indian Philosophy isn't taken seriously by Western philosophers, have been shown the evidence; and it's a matter now of its reception.

Say we have knowledge that consists of arbitrary propositions A, B, C

We might say If A ^ B then C A exists B exists Conclusion C exists.

This argument is logically valid. But what if B does not really exist? Then the argument is not logically sound. For this example let's say that A does in fact exist.

So far this is pretty uncontroversial, but epistemology is a large field. The study of knowledge, and how it is acquired raises many philosophical questions. Further, it is an area that could be considered "practical philosophy" in that knowing how to correctly acquire correct knowledge would be a skill set with practical uses in the world. As such it has a large impact to science and other fields.

So one who is skeptical of A might ask you "How do you know A is the case?" If you merely reply "Because A is true" they likely will not be satisfied. You must in some way show that A is true, not merely claim it.

Here are some theories of epistemology :

Coherentism Note their view on skeptisim of an external world

And on and on (Feel free to edit and add theories I may have left out.)

All of these theories have their own stances on what makes knowledge valid, and how to justify proposition A.

Let's try a more concrete and simpler example then....

Here is an image of the moon through a sun roof of a car : 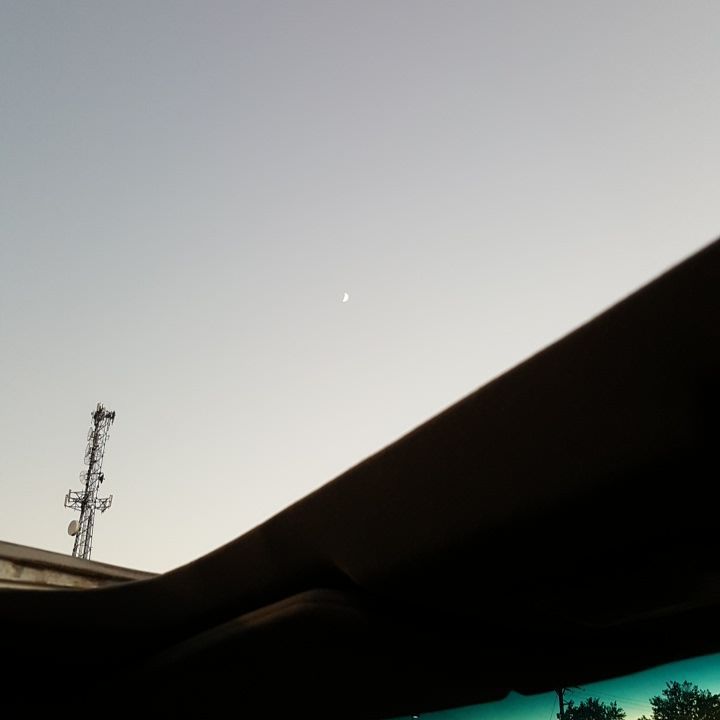 You were looking at a digital reconstruction of an image taken through my phones camera.

This image contains within it sunlight that was being reflected off the moon, ~8min before the time at which I took the picture.

Before it could be digitally reconstructed on your viewing device, it had to travel across the air, (possibly even to the tower in view) server wires, and your internet connection etc....

These statements would be considered valid knowledge by the majority of philosophers.

Barring of course the theories with exceptions in my previous answer.

13
Is the concept of “knowledge” important for philosophy?

5
What is the difference between mathematical knowledge and other knowledge?
8
Are there any differences between the Eastern and Western philosophical traditions on what constitutes rationality?
4
What is the difference between propositional and acquaintance knowledge?
2
Is Knowledge Fallible?
3
Propositional knowledge vs. Procedural knowledge vs Knowledge by acquaintance
4
What is knowledge for Quine? What is the criterion for determining what knowledge is and isn't?
1
Is there a valid argument for a moral imperative to seek knowledge?
5
Is extra-sensory perception considered a valid source of knowledge in any Western branch of philosophy?
1
Is there a formal name for the “philosopher's fallacy” or “fallacy of underwhelming exception”?