In this math question of mine, an answer pointed me to this theorem:

which in turn, the answerer stated, implies another theorem:

which was the fact I needed for my proof.

However, how would one prove this first theorem? The book Axiomatic Set Theory by Patrick Suppes, which has been a great resource for me, proves a similar result y∈{x:ψ(x)}⇔ψ(y) on page 34; however, as far as I know, the particular result I'm looking for isn't answered in this book. Can anyone point me to a good book where this is proved? Thanks!

Well, it's late at night so I'm sure I'm going to repeat past mistakes and screw something up here. But let's give it a try.

You start with the original sentence:

From there we just need to discharge the outermost quantifier, instantiating to the term "t" (assuming we have such a term laying around):

Then we instantiate once more:

To a sleep-deprived version of me, that seems like what you're after. If I messed something up, lemme know and I'll revisit the question with a clearer head.

Ok, so I've typeset proofs of each of the principles (the conditional and the biconditional versions) as tree proofs in the style of Graham Priest's Introduction to Non-Classical Logic. Let me know if you have problems understanding them.

First the conditional, which I prove via reductio ad absurdum by assuming its negation: 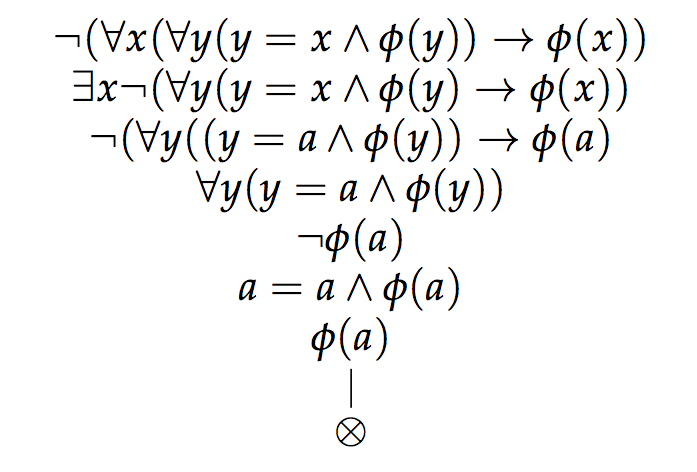 Ok, so the conditional is valid, what about the bicondtional? Again, I don't think it is valid. Consider the following attempted proof: 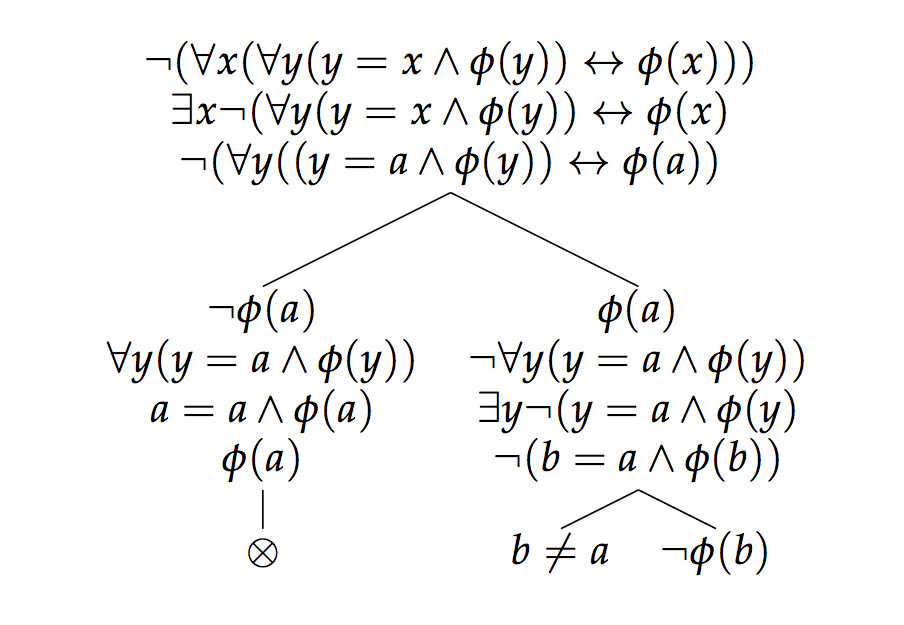 Not the answer you're looking for? Browse other questions tagged philosophy-of-mathematics symbolic-logic quantification set-theory or ask your own question.

8
Can mathematical sentences in different theories be identified?
2
Prove a logical formula is equivalent to the contradiction if and only if the set it describes is empty
21
Selection of logical connectives {¬,∨,∧,⇒,⇔} in set theory?
5
How should one properly characterize mathematical conclusions?
3
Implication Introduction formulated as a theorem?
2
Prove (¬P ∨ Q) ↔ (P → Q)
2
Any solution to prove (∀x)(∃y)(Fx & Gy) ⊢ (∃y)(∀x)(Fx & Gy) with natural deduction?
1
How to prove ¬(p→q) ⊢ p &¬q
1
Prove transitivity in Fitch
2
What is the relevance of applicability to the natural sciences in pure mathematics?