What is the difference between essential and existential ontology?

The terms essential and existential ontology can at best be only applied to Sartre/sartrian existentialism, but not Heidegger.

Sartrian existentialism says traditional philosophy is primarily preoccupied with essences (think of Plato's ideas, Aristoteles' eidos/morphe, Medieval essentia, Kant's Vorstellung, Hegel's Begriff) and where the existence is merely derived from the essence (to ti esti, participation, haecceitas, Verwirklichung). However, philosophy should primarily preoccupied with (human) existence. So metaphysics can be considered an ontology of essence and existentialism an ontology of existence.

His tought is: certain beings exist in different ways, e.g. the existence of a stone versus the existence of a human, and should be described in different ways (key term: Seinsweise). His thesis is that the traditional concepts of essence and existence are primarily derived from our gaze upon present things and tools. For example, based on this, we have Aristoteles 10 categories. However, if we start with human existence, not those 10 categories are the most important, but understanding, receptivity to moods, language. To mark the difference, he doesn't call these categories, but 'existentials'. These existentials allow that we can think and talk of the existence of something, which a stone or an animal cannot.

When existentialism became popular, Heidegger distanced himself from it, because from him the existentialist concept of 'existence' is still derived to the metaphysical concept of the essence of present things, and only the order is reversed.

Sartre's key proposition about the priority of existentia over essentia [Sartre's statement "existence precedes essence"] does, however, justify using the name "existentialism" as an appropriate title for a philosophy of this sort. But the basic tenet of "existentialism" has nothing at all in common with the statement from Being and Time [that "the 'essence' of Dasein lies in its existence"] — apart from the fact that in Being and Time no statement about the relation of essentia and existentia can yet be expressed, since there it is still a question of preparing something precursory. (Heidegger, Letter on Humanism)

So 'existential ontology' is not applicable to his thought, as he focuses on the question of Being itself, which supposedly precedes ontology and our concept of existence.

Heidegger's existential ontology is concerned with 'the ontological difference', that is the difference between extant being such as that of a table, and existential being as experienced by a living person.

The table has essence, as in idea/concept, and if it is an extant table, it also exists (is actual). Essential existentialism is concerned with interpretations of essence, concept and idea and how it transitions or participates in actuality and extantness.

The existential (experienced) being of a person is not so straightforward. Even to name the concept is a presumption upon its meaning, which as far as Heidegger was concerned could not be easily defined, if at all.

Stanford Encyclopedia of Philosophy - Martin Heidegger - 3.1 The Turn and the Contributions to Philosophy

... in the stylistic transition achieved in the Contributions, Heidegger's writing finally leaves behind all vestiges of the idea that Being can be represented accurately using some pseudo-scientific philosophical language. 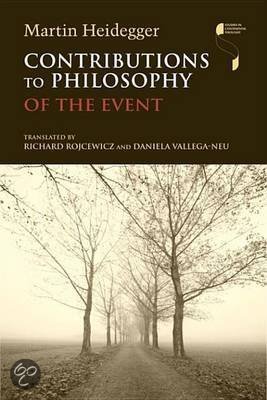 Not the answer you're looking for? Browse other questions tagged ontology existentialism or ask your own question.