Is it thought that analytic philosophy is in decline after the linguistic turn?

I would like to know from someone who has closely followed contemporary analytic philosophy if this idea has any currency. So by "is it thought" I mean is it a general trend or mood. The reason for asking is that I read this essay by PMS Hacker, which seems to hold that analytic philosophy "ended" with a purely negative, ordinary language analysis, and that current trends in analytic philosophy are extravagant or pernicious theories caused by philosophers running out of things to talk about (he calls these philosophers topic-starved).

I also saw a book by Peter Unger that seems to make a similar argument, the blurb states "Peter Unger maintains that mainstream philosophy still offers hardly anything beyond concretely empty ideas", and it is similarly disparaging to post 1960s analytic philosophy.

So what I would like to know is if these two criticisms, that point to a decline in philosophy, are symptomatic of a wider trend or simply coincidental?

That the linguistic turn has exhausted itself is generally shared. Burge writes:

Zammito is even more critical of the impact of the linguistic turn on the philosophy of science, but he considers Quine's naturalized epistemology, cleared from his residual physicalism and behaviorism, a major positive advance.

"The story begins with the crisis of logical positivism/empiricism in the 1950s sparked by Quine's rebellion. The linguistic turn prompted two further impulses: the "historicization of reason" and the "social construction of knowledge... The "marriage" of the history and the philosophy of science has been rocky, and some would say it has ended in divorce... The displacement of philosophy of science into philosophy of language (in which Quine and Kuhn both represent major stages) proves, upon a consideration of this narrative, to have been less than illuminating for science, suggesting that the linguistic turn here has quickly run into a dead end".

Philosophies of mind and science remain vibrant. Sure, we do not live in the time of Kant and Hegel, but Unger's charge of "emptiness" targets Lewis, Putnam and Kripke. What about late Wittgenstein, Quine, Kuhn, Davidson, Dummett and Brandom, what about the Stanford Disunity Mafia (Nancy Cartwright, Hacking, Dupre, Suppes), the structuralist school in philosophy of science (Sellars, Sneed), or free will libertarians like Kane. In the wake of the linguistic turn there even emerged a new movement of duly humbled logical neo-neo-positivists, see their manifesto volume Logic, Epistemology, and the Unity of Science.

Quine's indeterminacy of translation fed into Kuhn's incommensurability of paradigms, that introduced history and social context into philosophy of science; Davidson gave one of the most penetrating analyses of mental vs. physical in recent times; Brandom launched an ambitious project of detailed grounding of semantics in communal practices. Dummett calls his project in Logical Basis of Metaphysics (1991) "anti-Wittgensteinian", and outlines the contours of post-linguistic analytic philosophy that directly addresses Unger's concerns:

"The layman or non-professional expects philosophers to answer deep questions of great import for an understanding of the world... if philosophy does not aim at answering such questions, it is worth nothing. Yet he finds most writing by philosophers of the analytical school disconcertingly remote from these concerns.

...analytical philosophy passed, comparatively recently, through a destructive phase; a few, indeed, have not yet emerged from it. During that phase, it appeared as though demolition was the principal legitimate task of philosophy. Now most of us believe once more that philosophy has a constructive task... In recent years, a number of analytical philosophers, prominent among them the late Gareth Evans, have rejected the assumption of the priority of language over thought and have attempted to explain thought independently of its expression and then to found an account of language upon such a prior philosophical theory of thought".

Judged solely by the standard of impact outside the academies, the last triumph of analytic philosophy was the elevation of formal logic to a legitimate science. On the other hand, the last continental philosophy to have real mainstream influence was French Existentialism, so if anything is in decline, it's philosophy as a whole.

With all that said, a fallow period of a hundred years or so is hardly unique in the history of philosophy. It takes at least that long for the last great conceptual leap to be fully digested.

Most contemporary philosophers of mind, if not all, are part of the analytic school: Daniel Dennett, David Chalmers, John Searle, Jerry Fodor, David Rosenthal, etc...None of these guys could be considered irrelevant by any measure.

In fact most critics of philosophy - of the general "philosophy is now useless" trend - like Lawrence Krauss, Neil DeGrasse Tyson, etc.. tend to single out questions of consciousness and the mind-body problem as the only remaining bastion of relevance in an otherwise obsolete field of inquiry.

I think the reason why this debate remains unsolved (and will be impossible to solve) is in the essay itself mentioned in the question. Hacker writes "...what counts as achievement in philosophy is itself a moot philosophical issue of no small moment".

The answers above all point to the fact that people have been doing lots of philosophy since the linguistic turn, but that's not really Hacker's point and certainly not Unger's, it's that the philosophy that's been done is uninteresting and of no consequence as it either trivial or impossible to realistically make progress with. He has made a fairly reasonable (though not definitive) definition of what "achievement in philosophy" should constitute and then made an argument from there that late analytic philosophy has failed in this task. By this argument, the mere fact of philosopher's doing philosophy is not a counter-argument. A successful counter-argument would consist either of a logical rejection of Unger's definition of achievement, or evidence of some concretely relevant thing that has been achieved, neither of which has been forwarded.

If we define the goal of a football game to score points and the team playing for the last decade has failed to score any points, the fact that they are still playing does not counter the argument that they have achieved nothing.

In order to progress, philosophy has to first decide what its measurable goals are, otherwise it cannot decide if it has been successful, it must then ruthlessly sieve out any notions which can be resolved, or even progressed, by proper controlled scientific experiment, and avoid questions which show not hope of ever progressing to an experimentally verifiable conclusion. What remains has a right to be labelled a rational academic pursuit, the remainder, whilst tremendous fun, must, I think, be relegated to something more like a sport.

You question conflates all of philosophy under one heading. I'd agree with Unger as to the usefulness of contemporary university philosophy, footnotes to Plato and all that, but philosophy is alive and well elsewhere.

If you look around you'll see that 'philosophobia' is in the rise, championed by the likes of Tyson and Dawkins. So yes, there is a growing recognition that university philosophy is hopeless. But this is a local problem and not a new one, a problem for the professors trapped in the Academy and not a problem for philosophy as a discipline. Hopefully it may lead to change and progress. It's about time.

Is it thought that analytic philosophy is in decline after the linguistic turn?

In short, it'll depend on who you ask, but no.

Reading Hacker's article feels not unlike listening to Patrick Bateman describe the greatest hits of the eighties - as if Russell were Phil Collins, Wittgenstein Huey Lewis and the Vienna Circle "...the News". 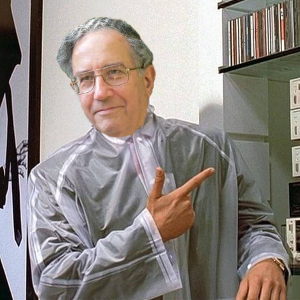 If you haven't listened to it already, you might like this audio recording of the APA 'authors and critics' session from December 2006 between Peter Hacker, Max Bennet, Dan Dennett & John Searle.

Also, I think Searle speaks directly to your concerns with this article:

Particularly in his conclusion, I think he makes a very salient point to the contrary:

"The history of philosophy, as it is described in the standard textbooks, is largely a history of the works of a number of towering geniuses. From Socrates, Plato and Aristotle, to Wittgenstein and Russell, the chief results of philosophy are in the works of its great figures. In that sense there simply are no towering geniuses alive today. This I believe, is not because we have less talent than our predecessors. On the contrary, I believe that, paradoxically, the reason why there are no recognized geniuses today is simply that there are more good philosophers alive now than there were in the past."

Not the answer you're looking for? Browse other questions tagged history-of-philosophy metaphilosophy analytic-philosophy scepticism or ask your own question.