Why is Modus Ponens valid?

I am having trouble understanding what defines Entailment operator. On Mathoverflow I posted this question on what I perceive to be paradox of entailment.

My question is could we have arbitrarily defined it such as:

However, if an advanced civilization receives information in the form of following nested structures/containers or packets, how will they interpret Modus Ponens if in an alien land Modus Ponens is not defined? 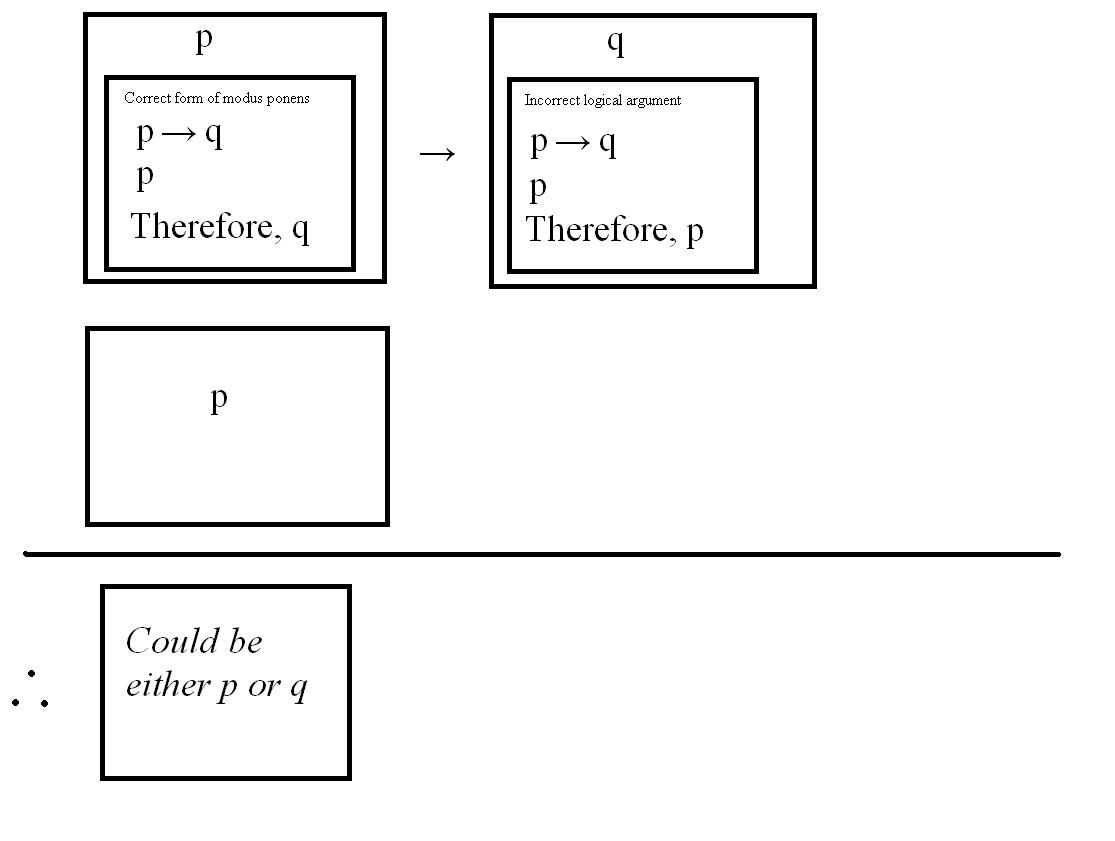 Is there a flaw in my rationale?

Let's skip straight to the end.

then it is trivial that logic is circular.

Note that due to Agrippa's Trilemma, there are only three things logic could possibly be founded upon: unsupported axioms we take on faith, circular reasoning, or an infinite regress. Or, of course, a combination of the three.

Lewis Carroll famously demonstrated that Modus Ponens is based upon an infinite regress.

There's no way to prove Modus Ponens, except by one of the three horns of Agrippa's Trilemma.

I'm not sure I follow the details of your question: the second argument schema you present is, of course, valid. We might have given that schema the name modus ponens. What would follow exactly? The fact remains that modus ponens (the first schema) is also valid.

In any event, and re your broader worry, logic is rock bottom. That is, there is no non-logical way to define what a logical constant is, or what logical entailment is. The best you can do is provide illustrations and models that might help the recipient of the "definition" know what the intended meaning of entailment is. For example, thus: consider all logically possible worlds. P entails Q iff every such world in which P is a world in which Q. Again, I don't see how this compromises the validity of modus ponens.

You might want to read the SEP entry on logical constants for an elaboration of these ideas.

Incidentally, at least a published philosopher has proposed a counterexample to modus ponens! There is a discussion of the example at math SE. FWIW, nobody has stopped believing in modus ponens because of McGee's paper, but there you go.

In order to present said alien civilization with an adequate definition of Modus Ponens, we would need to provide the truth values of both P and Q for every possible case, rather than just one or the other and for only some cases. (If we were to apply more generally your method of revealing only part of the output, we could avoid ever adequately defining any function because we could always keep re-iterating the premises (or just tacking on a tautology, such as (P or ~P)) in our output instead of providing any new information).

What distinguishes MP from the disjunction (P or Q) is that in the latter case, P and Q cannot both be false under the same interpretation, while in the case of logical entailment, it is not possible for Q to be false while P is true. This would be evident to your hypothetical civilization.

The mathoverflow post to which you linked covers efforts to get around the ability to draw unrelated tautological conclusions by attempting to set rules for a relatedness requirement--but this is mostly a matter of psychology, because formal logic does not purport to do anything except preserve the truth, and that it does. The efforts do, however, make logic more useful to humans because they create reasoning-like restrictions.

...P.S. As @Schiphol mentioned, the material conditional has nothing to do with causation. Rather, it dictates what IS true, right now, given that something else IS true, right now. Look up subjunctive arguments to see some truth-functionality issues with trying to bring temporal qualifiers into propositional logic. There are separate, temporal modal logics to deal with that sort of thing, because propositional logic is not really sufficiently expressive.

Because we say it is:

(3) I consider first the suggestion that deduction needs no justification, that the call for a proof that MPP is truth-preserving is somehow misguided.

An argument for this position might go as follows:

This argument has a serious drawback: it is of the very form which it is supposed to justify. For it goes:

[...] one can support the intuition that there is something wrong with A1', in spite of its not being straightforwardly question-begging, by showing that if A1' supports MPP, an exactly analogous argument would support a deductively invalid rule, say:

This argument, like A1, has the very form which it is supposed to justify. For it goes:

Not the answer you're looking for? Browse other questions tagged logic proof argumentation or ask your own question.

1
What is the nature of implication?