Doubt about the relationships in the Semantic Triangle

I was reading the wiki on The Semantic TriangleWikipedia, but it is not as good, so I have few doubts: 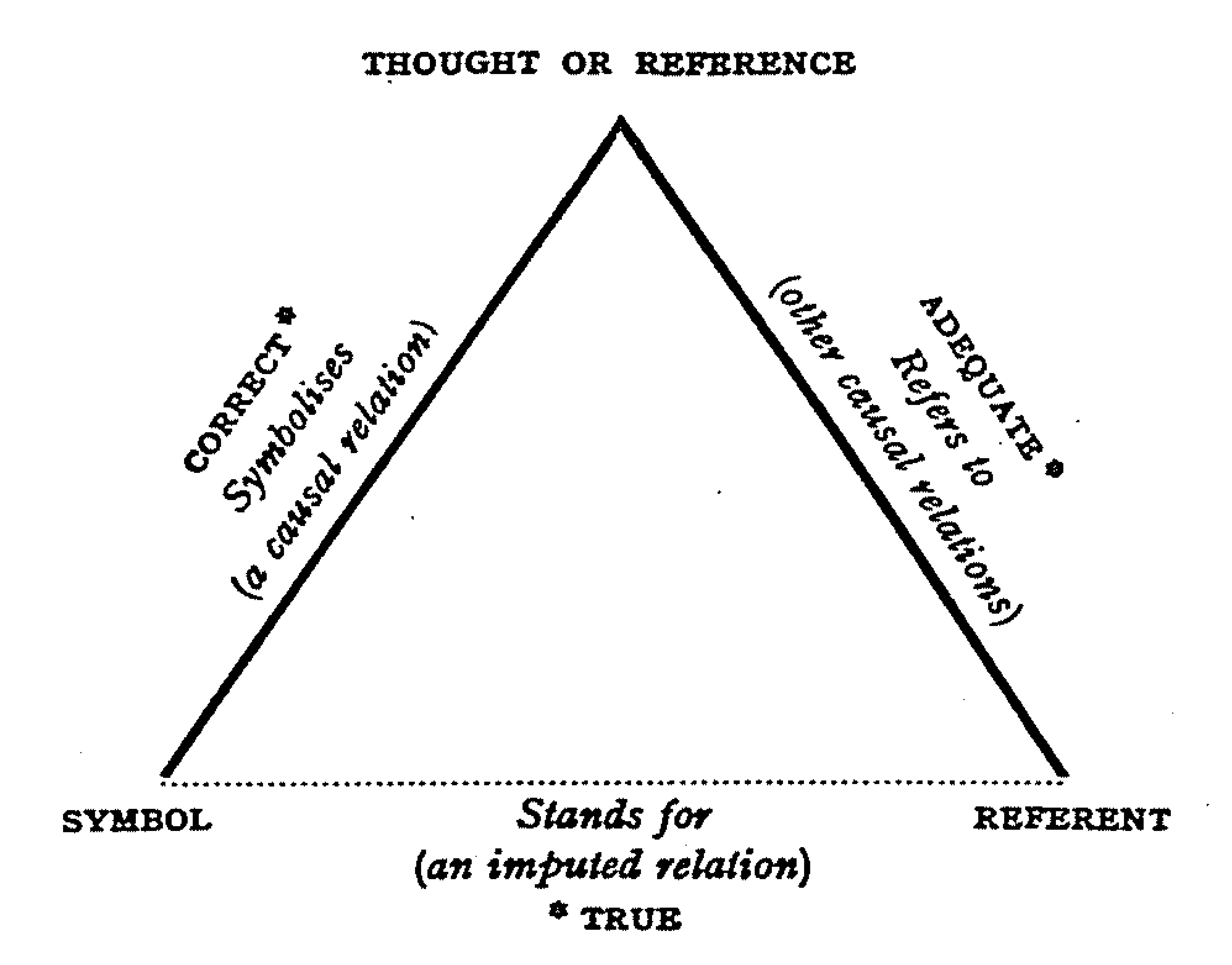 I'm not entirely clear with the rest of it so, Now I have few questions:

The schema is from:

Between a thought and a symbol causal relations holds. When we speak, the symbols we employ is caused partly by the reference we are making [...].

Between the Thought and the Referent there is also a relation; nore or less direct [...].

Between the symbol and the referent there is no relevant relation other than the indirect one, which consists in its being used by someone to stand for a referent.

It is often of great importance to distinguish between false anc incorrect propositions. An incorrect symbol is one which in a given universe of discourse causes in a suitable interpreter a refernce different from that symbolized in the speaker.

0
Nomenclatural/Semantic Question in re: Semiotics
3
Tarski's semantic conception of truth
3
What is the relation between Sense/Denotation and Intension/Extension
5
Does semantic externalism imply modal realism?
2
Semantic Values of Sentences
3
In logic, which came first: the semantic approach or the syntactic approach?
0
How is logical form semantic?