How do you prove that this is a tautology?

How would you prove that this is a tautology? Using natural deduction?

My attempt on this question is the following.

Since a tautology means W entails by empty premise and W is something of A->B, where A is a conjunction of sentences, then all I have to do is prove B is entailed of all the sentences of A.

Then is it done right?

Generally, there are 2 main ways to demonstrate that a given formula is a tautology in propositional logic: 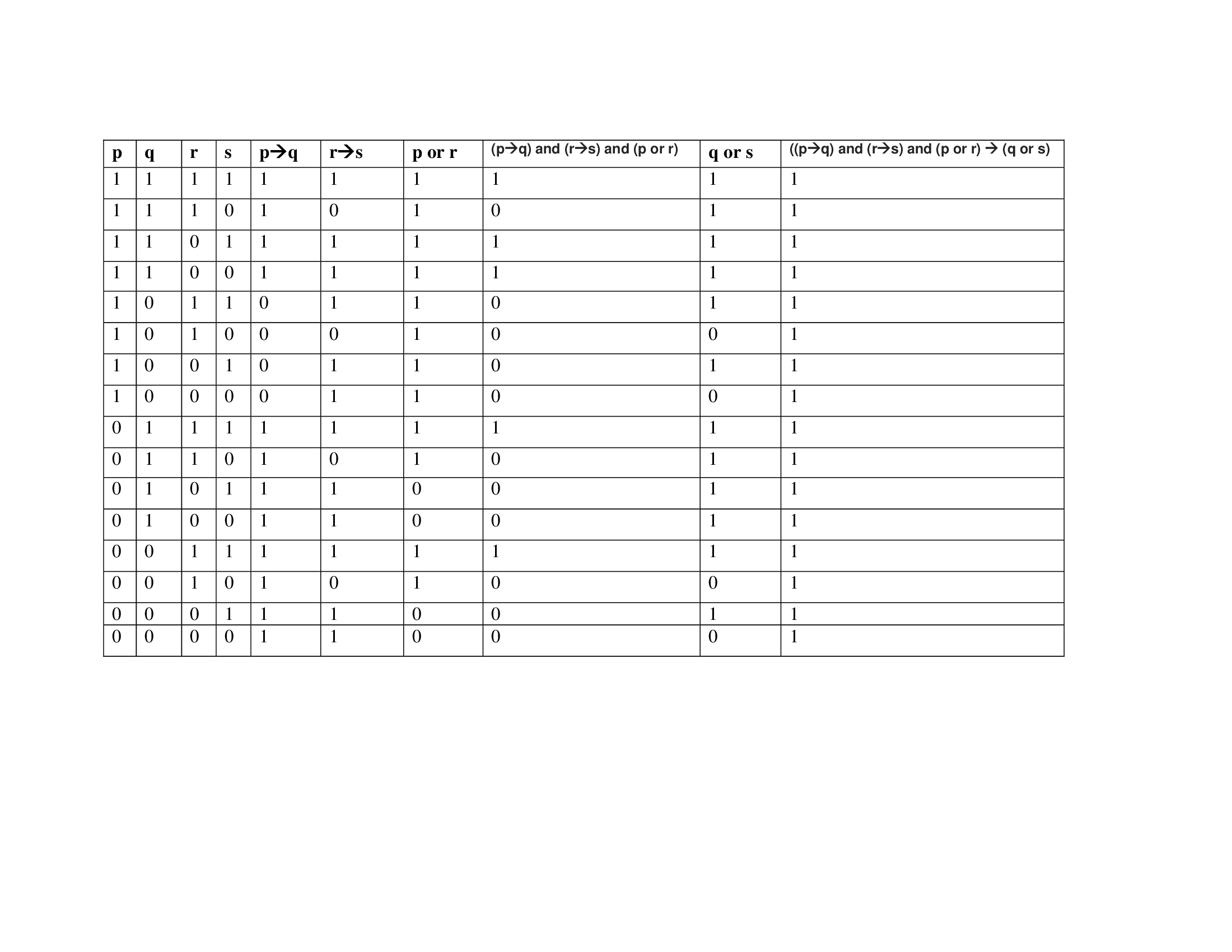 This is a conditional, so assume the antecedent. If you can derive the consequent (with no additional premises), the conditional is a tautology.

You can divide the antecedent into three statements, using and elimination. Of those, the "Or" is the most promising.

In general, with natural deduction, assuming the antecedent is the best way to derive a conditional. (For most other forms, assuming the opposite and demonstrating a contradiction is the most reliable approach.)

If we convert the conditionals into disjunctions we get:

If we assume P is true then, Not P is false. Because of the first disjunction, Q must therefore be true. This is sufficient to make (Q or S) true.

Therefore because P must be either true or false, (Q or S) is true.

How would you prove that this is tautology? Using natural deduction?

Since one wants to prove that this is a tautology one would use a truth table, that is, one would use a semantic approach to solving the problem in truth-functional logic. The semantics refers to the true or false valuations of the atomic sentences.

Since there are four atomic sentences, p, q, r and s, the truth table should have 16 lines as Araucaria's answer showed. Here is a proof using Stanford's truth table tool: 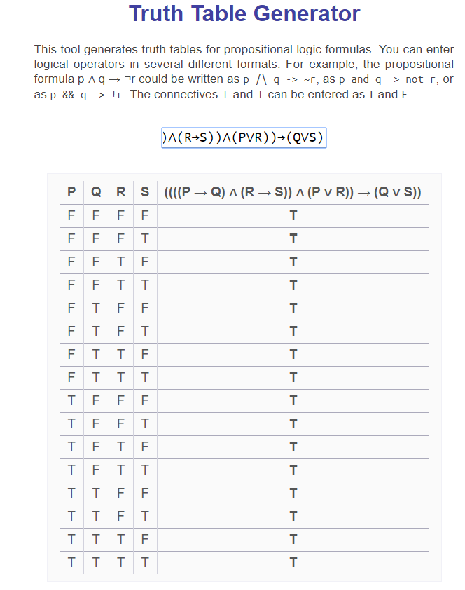 That should be the end of it, however, one could approach the problem from a syntactic, rather than a semantic, approach. Then one would use something like natural deduction. One would derive the result using inference rules. Considering that this is described as a "tautology", that may not be what the assignment is asking for.

Here is one way to do that using Klement's Fitch-style natural deduction proof checker: 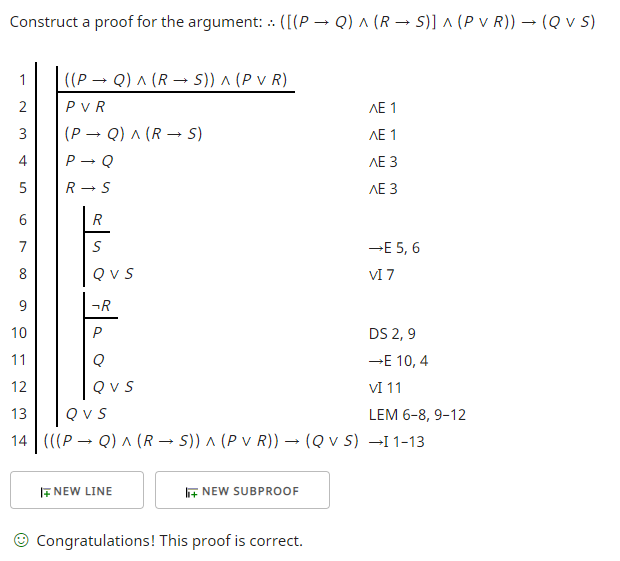 Using this syntactic approach for a tautology is questionable unless one knows that the two approaches, truth tables and derivations give the same results.

This goes beyond the original question, but it is covered with an outline of a proof in forall x in Chapter 20. It is covered in more detail in Lemmon's Beginning Logic, pages 75-91.

You wish to prove the assumptions entail a conditional statement. Clearly you need a Condtional Proof: Assume the antecedant to attempt a derivation for the consequent, so that you can introduce that conditional.

How might you prove a something from the assumption of a disjunction? Well, disjunction elimination should be the likely route.

Well now, I am sure you can see how to complete those subproofs.

Not the answer you're looking for? Browse other questions tagged deduction propositions tautology or ask your own question.

10
How do I check if two logical expressions are equivalent?