In Aristotle, What does it mean for something to be predicated?

I am studying Aristotle's views on substance, and in the narratives of his work, the term 'predicated' is used with great frequency, though not at all defined. In Googling the meaning of 'predicated', I get this:

Predicated: 'state, affirm, or assert (something) about the subject of a sentence or an argument of a proposition'

However, I had no idea what 'subject' means, upon research, it seems to be that which is the reason for existence of a sentence i.e a noun for e.g 'sky' in the 'sky is blue', the subject at hand is sky, to which it is blue. Anyway, I could be wrong, and even if not I still don't know what the subject of a sentence of a proposition is or means. I always thought a proposition was a sentence only one with assertion i.e one that is true or false. So all propositions are sentences but not all sentences are propositions. So this just adds to the confusion.

Furthermore, I can't draw up a connection between predicate, and what it means to be predicated. I think a predicate is a proposition with variables, so for e.g instead of 'the sky is blue', you could have 'the n is v' where n = noun, and v = verb. From this, I suppose to be predicated could mean to be variableized? Though am not at all sure.

This is the passage I have trouble interpreting:

Z.3 begins with a list of four possible candidates for being the substance of something: essence, universal, genus, and subject. Presumably, this means that if x is a substance, then the substance of x might be either (i) the essence of x, or (ii) some universal predicated of x, or (iii) a genus that x belongs to, or (iv) a subject of which x is predicated. The first three candidates are taken up in later chapters, and Ζ.3 is devoted to an examination of the fourth candidate: the idea that the substance of something is a subject of which it is predicated. (SEP entry on Aristotle's metaphysics)

On a side note, perhaps the term is just archaic?

A few examples should make this clear:

The sky is blue (subject = The sky, predicate = is blue)

Predicates can be thought of as open sentences, i.e. sentences with variables. For example,

A predicate (prædicare = "to assert") is, according to the Dictionary of Scholastic Philosophy (p. 95),

that which is affirmed or denied of a subject in a categorical proposition.

a statement making an affirmation or negation

and a categorical proposition is (idem):

one which makes an absolute statement about its subject.

the ultimate logical classification of all genera, species, and finite individuals.

Aristotle outlined his ten categories in his Categories. 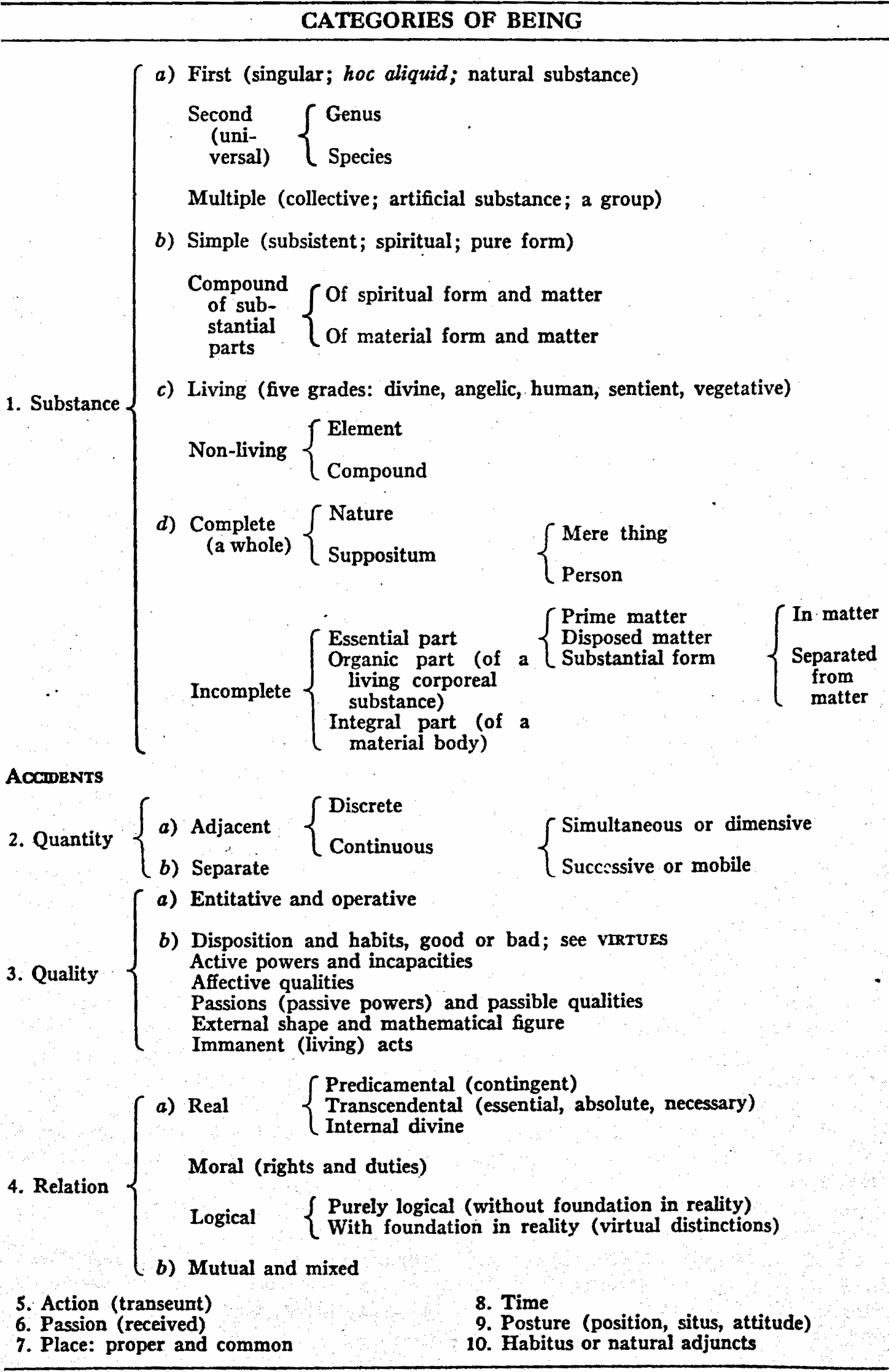 These things can be predicated of any changeable being (ens mobile).

One can distinguish subject and predicate by looking at the extension of the terms. Subjects are of greater extension than that which is predicated of them.

Take "ball" and "red" as an example. The extension of "ball" is much less that that of "red [things]." Thus, "ball" could never be predicated of "[all] red [things]" as in

This would imply the only red things are balls.

But "red" could certainly be predicated of "ball," as in

The ball is red.

This is because "[all] red [things]" has greater extension than "ball."

If a property-bearer (anything that can be referred to, even in a Meinongian semantic ontology, has a respectively unique set of nuclear properties) bears certain property(s), then that predicate (the property it bears) obtains of, or is predicated of, the subject (the property-bearer, or thing that bears or has the property). If the sky can bear/have properties, and blue is one such property it could have, and it does have said property, then the sky bears the property blue, typically expressed in a sentence of the form 'X [copula] F,' or 'Sky is blue.' Remember Russell's analysis of the copula (is/are), with the copula typically referring to some condition obtaining of an object, or being something had or attached into the ontological nature or existence-criteria of the individual object, as meaning either (1) composition or makeup (the floor is lava!), (2) quality or feature (the rock is brown), or (3) relation (he is late for work).

Not the answer you're looking for? Browse other questions tagged terminology aristotle definitions or ask your own question.

7
Universals vs. Facts
4
Aristotle's Categories with academic commentary
5
What did Kant mean by the term "category" and did the term change meaning with Hegel?
5
Why isn't differentia just quality in Aristotle?
3
What are the similarities and differences in the ways Aristotle and Thomas Aquinas define the "Analogy of Being"?
1
How many predicables does Aristotle have?
1
Do nominalists predicate everything equivocally?
1
Traditional beginner's commentary on Aristotle's categories

14
How do quantifiers work in predicate logic?
4
Categorical propositions and individuals in Aristotelian term logic
4
What is a predicate according to Aristotle's Organon?
2
Why is Being not a genus?
12
What is an attribute, as used in Spinoza's Ethics?
1
Aristotelean obversion: not vs non-
2
Did Aristotle make a mistake in the Prior Analytics, Part 5?
4
What are the advantages of Aristotle's term logic over predicate logic?