can a machine ai hallucinate?

Using those 2 as the recognition of ongoing subjective experience and with materialists like Dennett defining the processing that occurs in the brain as the subjective experience itself, how long before AI can claim they have machines 'experiencing subjective reality'?
After all, we have machines that can input,store and process the objective reality. It can always be claimed that the monitored processing of information in the form of electrical activity is the evidence of the machine experiencing a subjective reality since, besides language, that is the only evidence we have for it in the case of other humans due to the problem of Other Minds.

The only argument I can think to this is to show if machines can hallucinate. There is strong evidence to show that the majority of humans when exposed to sensory deprivation will experience some form of visual or auditory hallucination. Essentially, in the absence of sensory data, the mind will generate false data. If the machine AI does this then maybe they are truly experiencing subjective reality.....

Here is an article about AI image hallucinations:

If a program can see hallucinations it could also attempt to interact with them. With some coaxing I imagine it could maintain a hallucinatory narrative. 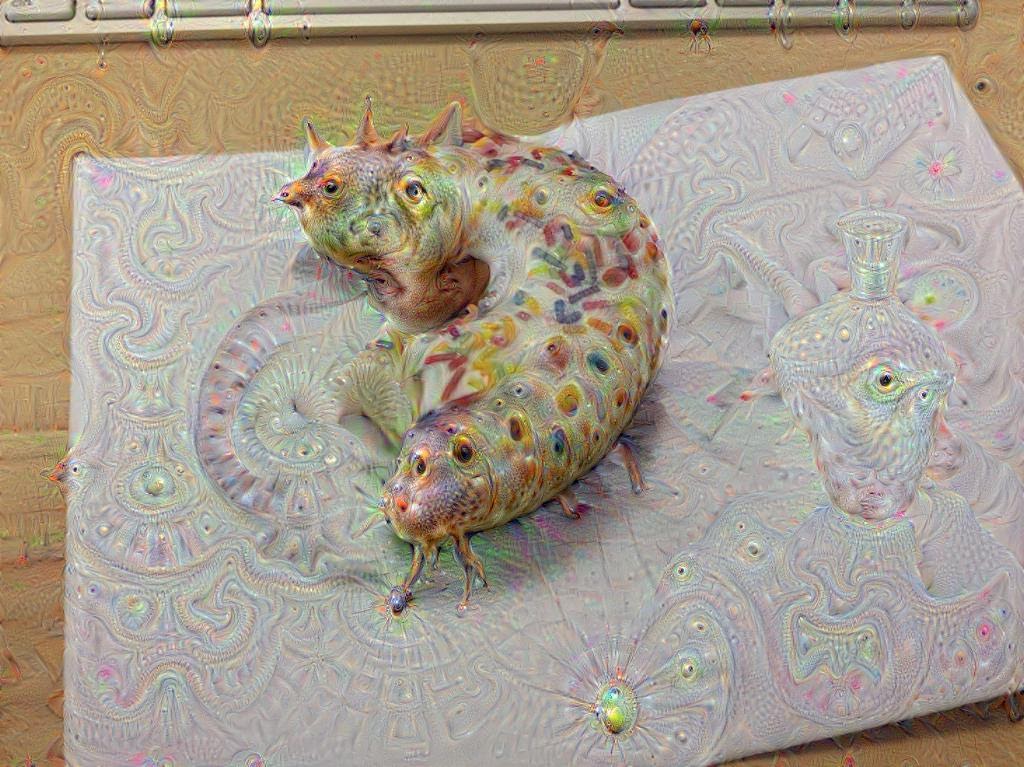 Hallucination in the sense of seeing things that are not actually there takes place all the time, we "see" colours by deduction from frequencies near to those colours, we also see an uninterrupted image of the world around us despite it being constructed from hundreds of constantly changing images. Broadly our brain's activity in response to visual stimuli can be divided into three types, those which use our limited sensory equipment to deduce something about the world which is real (detectable by other equipment) but which we have not actually seen, those which help to create a useful picture of the world which most others would agree with but which might not actually be there (optical illusions etc) and those where information from our memories or imagination get mis-identified as coming from our eyes.

An AI will by necessity suffer from the first type of hallucination unless their input systems are so advanced as to accurately receive all signals in the entire range of wavelengths from all sources. The second type will also be a necessity as the machine would be unlikely to function efficiently without some degree of inference where it's sensors are lacking.

Hallucination in response to sensory deprivation is not an indicator of a "subjective experience or reality" it's just the way our brains are wired. All our sensory experiences, whether real, remembered or imagined are processed using the same part of the brain. Normally a second part of the brain provides us with information about the source of the sense, in the absence of evidence (sensory isolation) or in cases of Schizophrenia, it cannot do this and we mis-identify internally generated sensory experiences as external ones, see here.

So if an AI was wired to process sensory data in the same way (i.e, sometimes from its external sensors, sometimes from its memory banks, or its pattern-generating circuits, but with a subsequent program to tell it which) in the absence of that subsequent program, it may (if it were programmed to do so) decide that all sources of sensory data are probably external and so "hallucinate". It would not be difficult to make a machine generate the same data from its memory as it is generating from it sensory input devices and treat them as identically sourced.

The trouble with AI/conciousness type discussions is that we are speculating on a technology that does not exist and so that technology could theoretically do anything. We do not need a physicalist understanding of reality to speculate about AI conciousness because even if we accept a dualist perspective, why would we then dismiss the idea that technology could advance to the stage where it could be programmed to access the "realm of ideas"?

If we're going to accept the idea of a technology being able to do something it currently can't, what rational reason could there be to the deliberately constrain the ability of that technology and then claim to have discovered something interesting by doing so?

Not the answer you're looking for? Browse other questions tagged artificial-intelligence reality subjectivity or ask your own question.

21
Could a sentient machine suffer?
4
Would a conscious computer naturally hold a solipsistic philosophy?
2
Does this reasoning refute John Searle's Chinese Room argument?
6
Can a machine generate an “idea”?
2
AI singularity, and the transmission of intelligence
5
Does Reality change when theory change?
2
An English room inside Searle's Chinese Room?
0
Can the scientific method ever disprove Magic and Miracles (Simulated)?