I recently had a discussion with a friend. The topic was the (re)destribution of wealth in society, which is divided by money in privileged and unprivileged.

My problem was that his end was noble, but he wanted to instrument (in my view) unethical means to meet that end. I had difficulties countering his arguments, since I could not precisely formulate what principles he was violating.

The main arguments were, that:

What are counter-arguments for these kind of wealth taxes in the context of the current state of philosophy and what are arguments that speak for them?

And are there better arguments against the simplification of taxes in argument 3. It seems like context reframing.

The scheme of the progressive tax (and the consumption tax on luxury goods) indeed is used as a means to redistribute wealth, as it takes money away from the rich and gives it to the poor (in terms of welfare programs). In philosophy, three reactions are available towards the wealth-tax scheme.

One is the libertarian response by Robert Nozick who argues that the wealth-tax scheme is immoral. The assumption for Nozick is that, insofar as the market satisfies the conditions of just acquisition and exchange, the outcomes of the voluntary exchange of the goods by individuals are just. If I voluntarily paid $100 to watch LeBron James' game, which resulted in him being $100 richer and me being $100 poorer, no injustice is done. To Nozick, it is immoral for the government to try to impose the wealth tax on LeBron James. LeBron James owns his body and hence his talents. He is fully entitled to own the fruits of his labor and talents. For this reason, to Nozick, the wealth tax on LeBron James is like stealing his fruits of labor, which further implies that his body is owned by the government, and thus by those untalented and unsuccessful. Nozick asserts that the wealth-tax scheme amounts to treating talented people as a mere means, and thus violates Kant's maxim.

The second response is an egalitarian response, suggested by John Rawls. Rawls worries that a system of absolute equality would lead to stagnancy in economic growth and breeds inefficiency, and thus needed is the Adam Smithian market, where self-interested, talented indiviiduals freely carry out their personal projects and their entrepreneur ambitions, and are handsomely rewarded for their efforts. This incentive structure of the market, however has the effect of widening economic inequality among people. Rawls aims to strike a balance between equality and efficiency with his difference principle: the difference in wealth among people are morally justified as long as the poor benefit when the talented make money (when a rising tide lifts especially the poor boats). The wealth tax allows the govt to realize the just goal of egalitarianism, and thus the tax is moral.

The third response is suggested by G.A.Cohen, by way of his criticism of Rawls' difference principle. To Cohen, the market incentive system where the talented get to be paid more than the untalented is unfair. It is already lucky enough to get to be LeBron James: people admire him for his talent. He would play even without monetary compensation for his love of basketball and for his zeal to perfect his talent. Given this, rewarding him with money for his talent is not called for. Cohen believes that Rawls is wrong to think that justice and egalitarian principles apply only to the social structure, and not to individuals. To Cohen, a society is just when its people as well as its institutions are guided by egalitarian principles. Cohen's just society will not display incentive-generated inequality. LeBron James will work hard in his game without demanding or receiving the incentive pay. 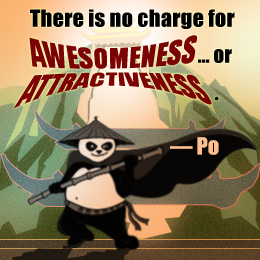 For this reason, the society envisioned by Cohen will have economic equality as well as economic growth (and efficiency). Naturally, to Cohen, egalitarian justice is achieved without the scheme of the wealth tax.

In the 20th Century perhaps the best known advocation of wealth redistribution was presented by John Rawls in 'A Theory of Justice'.
Simply put, he supports the idea that any decision should be made from the hypothetical original position behind a veil of ignorance. Behind the veil, subjects do not know any specific facts about their own life, their natural talents, or what position they would hold in society, but are awarded "general facts about human society".
As no one would therefore be able to make a ruling that would explicitly advantage themselves in the real world, any agreement on a principle behind the veil would therefore be fair and grounded in justice. A fear that a person behind the veil may find themselves in an unfortunate real-world position suggests that any conception of a principle must at least work towards the benefit of the less fortunate.
Related to the case of tax, a Rawlsian would likely champion progressive taxation. This would not be a violation of the rights of rich people, as a rich person themselves would necessarily take the same course of action behind the veil. Rawls defends a person's right to make money, so long as it also works towards the advantage of the less fortunate - i.e. that their earnings are appropriately taxed and reinvested to aid those in need.
In the UK, Tony Blair was a major advocate of Rawlsian theory. His New Labour were content with people becoming "filthy rich"(Mandelson), but this period also saw public sector net investment increase from 35% of national income in 1997, to 47% in 2010.

Taxation is the cost of the services offered by the government (military protection, infrastructure, social care of the workforce etc.). Despite the variety of ethical systems in philosophy, few, if any, consider it reasonable to allow one party in a social contract to benefit from a concession and the other not. Therefore it is entirely fair for the government to set taxes a high as they want to, after all, the wealthy individual (let's say a car salesman) did not make his money selling his services (cars) for what they actually cost to make, nor any other method of obtaining a fair price, he sold them for the most amount of money he felt he could possibly charge. It is only fair, therefore, that the government offer their services on exactly the same grounds, otherwise the contract between the two is unfair. No matter what form the taxation takes, it is just a more or less complex version of this "offer". It's no different to the salesman offering a more complex "deal" on his cars, say, pay half now and take out hire purchase for the second half and throw in a free sunroof. Such a deal technically discriminates in favour of those whose capital is sufficient to qualify for the hire purchase and who want a sunroof in the first place, but since this level of discrimination is allowed by law, the Government are limited by the same rules and so a fair offer has been made.

The government (in a democracy) represent the will a small group of voters (usually in the middle to upper income bracket) so it is their objectives which determine taxation. There is some interesting work on this in game theory by Mayer and others, but as your question relates specifically to Ethics, I won't go into it, suffice to say you will gain some insight into how taxation really works through that investigation.

Ethically then, we must look at the behaviour of both sides in the contract and treat them equally, the question being is it fair to obtain the maximum return for your services to your society or it is more productive to use some other method of determining returns. Whichever we apply to government we must apply to the business man too. Personally I find John Rawls' methods flawed in their failure to account for the strength of cognitive bias. Given that the question "What would you do...?" is open to at least some degree of interpretation, and cognitive biases can even affect the way scientists view something as seemingly fixed as the results of experiments, it seems to be vastly over optimistic to expect that anyone would do anything other than answer that question in such a way as to justify the beliefs the had prior to asking it.

Any ethical approach to something practical like taxation will also fail if it makes presumptions about the morality of the other actors.

From an evolutionary ethical perspective, people will act in their own self-interest with any rational arguments simply being used to justify what they were going to do anyway. Accepting this, taxation becomes a thing that you cannot control, like the weather, and your moral choice is simply whether to pay the rate offered or try to avoid it. Evolutionary ethics would look to the social network building part of our instinct which would advise taking some loss in resources (tax) in order to be part of a trusting social network, but only insofar as that network actually provides that support in the long term.

3
Is "equality" an virtue in itself or a derivative of envy?
4
Is there an ethical case for Womens Colleges being publicly funded while other similar institutions are not?
3
What are the classifications of arguments used for proselytizing?
1
Is there a term for this 'disclaimer' technique used in statements?
4
Ethical problems related to trading for profit
1
Is there a name for the ethical and unethical response that arises from the juxtaposition of "wealth" and poverty?
0
If purpose is just another side of cause, is everyone a consequentialist?
1
Is self-interest ethical even when it means not helping others?
1
Ethical evaluation of outcomes vs actions