How could human choices be actually rational?

Theoretically, human could be rational. But how is it possible that human are not influenced by their senses and only proceed with pure reason? Like practically?

Of course, humans are influenced by their senses! I eat because I am hungry. So let’s set aside actions that are non-voluntary. I think what you are trying to say then is that we do not seem to be motivated to act by reason alone. Many times we are motivated to act by factors like passions (desires, emotions). The question then is what is the motivation for us to act: is it reason or is it passion? Philosophers in moral psychology have tried to answer this question. Presently, the question has divided them into Humeans and non-Humeans. As you can see by the name, David Hume’s idea ended up generating a new field in ethics.

So what is Hume’s idea? Hume argued that reason alone can never be a motive to any voluntary action, that reason can never oppose passions, and that reason in fact is the slave of the passions. Hume's idea could sound “Duh” to non-philosophers. But among philosophers, Hume’s idea was revolutionary. The reason was that philosophers up until Hume had been indoctrinated by the Socratic teaching that all we need for action is reason.

Under the Socratic’ teaching , we discover moral knowledge through reason, and once we have the knowledge, it is impossible for us to act in any other way than what the knowledge dictates us to do. Moral knowledge has the power to move us. For this reason, under the teaching, in the struggle between passion and reason, reason must have the dominion over passions. By contrast, Hume argued that reason cannot move us. Reason is to discover knowledge. Whether scientific or moral, knowledge cannot motivate us to act. If they did, Humeans retort, why people holding the same (moral) knowledge act differently? 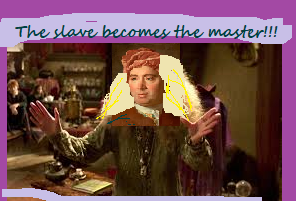 Not the answer you're looking for? Browse other questions tagged logic free-will rationality or ask your own question.

0
Rational irrationality of emotions and simulated annealing
3
Free Will and Rational Thought - Kant
5
Is atheism or agnosticism more rational?
1
Is it possible for a human being to be rational?
5
Are there writers on the topic of an inherent human bias towards the value of rational thinking?
2
How do proponents of libertarian free will make sense of what appears to be "partial determination" of our choices?