Can a machine generate an "idea"?

In modern AI, we feed machines a large amount of data to solve problems. I was recently reading a paper (https://arxiv.org/pdf/1706.07068.pdf) which used ideas from psychology in order to train a network to generate art.

I guess for one to become perfect at something, one would have to put in a lot of effort in order to master everything in one's chosen field. This can be considered equivalent to gathering information. But for one to be able to generate work that can potentially create a new paradigm, I think there is a lot of evidence that one must have the ability to generate "ideas".

Even in this paper, the way they make their network "creative" is to make it generate art that fits ambiguously into several different art movements. But this network, I think, cannot generate a completely new art movement.

If information is not all there is to the ability of generating ideas, then what do humans have over machines?

I don't really have a good base in philosophy, so I apologise if this post seems weirdly worded.

There have been several suggestions about how I can improve my question. Here is my attempt to address a couple of them:

Idea: I don't really know how to formally define this. But I like to think of ideas like what Newton had when an apple fell on his head. Or what Einstein had after any of his thought experiments.

Ideas like these have been paradigm shifting. It's the use of knowledge available to them (apple falls down), sure, but it's not just that, is it?

I think the machines would not be able to generate new art because they have been programmed to just fit the art ambiguously into different genres -- but the art still fits into those genres only. Given the information it has and its programming, it can create only this kind of art. I cannot really say why it can't create new art beyond this, except circling back to saying that it can't have "ideas".

To the question whether machines can generate ideas, I will say the answer is affirmative. If you define ideas operationally (like "I have an idea": i.e., solving problems and offering causal hypotheses), clearly machines can be said to generate ideas. Machines do not need specific algorithms or to be pre-programmed to generate this meaning of ideas. "Deep learning," believed to be the next wave of advancement in AI, is an example. The reason that it is such a big deal that Google's Alphago (based on the deep learning technology) beat a Go master (Go is a traditional Chinese board game) is that the machine taught itself the rules of the game and winning strategies.

Now, if you think that an idea is something that is generated by the mind (like Lockean simple and complex ideas) that is housed in the protein brain, as infatuated states, then the original question is merely morphed into a different question: "What is mind? Posting the mind as a black-box, philosophers of mind question what should be the appropriate model of human mind. Many think that human minds are like machines, and try to understand the mind through a computer analogy.

Two views of the computerized model of the human mind are prominent in philosophy of mind: computationalism and connectionism. Computationalists (e.g. Jerry Fodor) maintain that the mind is a Turing machine, performing purely formal operations on symbols. There is no "Cartesian Theater" in which the mind becomes conscious of its own computation. 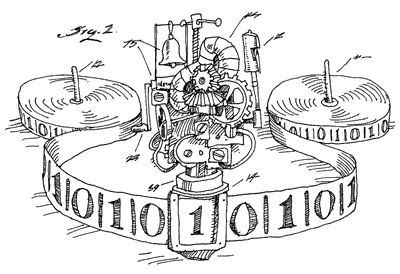 Connectionists (e.g., Paul and Patricia Churchland, and William Bechtel, all UCSD people), on the other hand, maintain that the mind is merely the neural net in the brain, which in turn is viewed as a vector processor. The Lockean simple and complex ideas are just due to the complexity in the vector calculation. 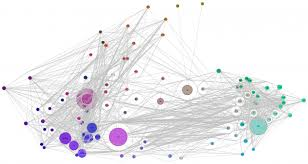 The differences between Fodor and Churchlands are reflected as rule-based AI and machine-learning AI in the field of cognitive science. If the machine is indeed the model of the human mind as many philosophers of mind suggest, and if the mind generates ideas, then so does the machine.

Humans have the potential to generate infinite ideas. This for meta-physicians of my heritage is a corroboration of the thesis that mind is immaterial and in it is exercise of thinking it becomes illuminated by the universal intellect that embodies all ideas. The argument in short goes like this:

This thesis explains why humans can develop infinite ideas as well as why machines do not since they do not posses mind with which to think and find illumination. Machines can only perform a limited number of seemingly intelligent behavior to the extent of the possibilities afforded by the human design behind it which is always limited.

At first glance, I would say no. All machines were built and programmed with human "ideas" already in place. AI's can calculate a million possibilities, but all possibilities still coming from the mind of a human at its root. Though this is curious to me because humans are very similar to the description I just gave barring the fact we think we control our own thoughts. Which whether or not we actually have our own original ideas is whole other topic entirely.

"Idea: I don't really know how to formally define this. But I like to think of ideas like what Newton had when an apple fell on his head. Or what Einstein had after any of his thought experiments.

It seems to me, being prudent, one must say no machine has come up with such a change in the foundations of a field. A "paradigm". One sees solutions to standing, rule-bound, problems, such as the GO example given above.

The notion of "embedded intelligence", machine learning capabilities, as in the autonomous cars, taking data from outside, but in a limited manner, not anything like human inventiveness, or openness to basic transformation, is the current de facto state of the field.

Years ago this question was presented by the claim that the programmers could never be outstripped by the machine, since they set the bounds or limits of the computer's activity. Even in the case that the machine is hooked up to sub-atomic random activity, it functions within the iterative activity of its basic determinations.

Philosophically, rather than philosophy of science style, one must start by asking, what is a machine? One might remember that the oft cited Turing Test, was, by Turing, considered absurd or a mere lark. Since he held that the question whether or not computers can think is trivially idiotic. Machines are mere tools. A typewriter is not a man. So, this question about whether man is ultimately a machine, one can at least say with certainty, is not obvious on the basis of any current result of machine activity. The fact that serious people come out on both sides of the problem in theory is interesting, but, of course, there in no higher judge in such matters.

One might try to find better ways to formulate your question. Especially through actual philosophic work. Turning the problem on ourselves, ad hominem, addressing our own judgment and opinion, asking, e.g., how such a thing as a paradigm, an idea, appear before us. What they are. Rather than philosophy of science, which would limit one decisively to making arbitrary definitions, or measuring up neutral facts.

Having been in on simple AI development, and being a bit familiar with the principles of the more advanced AI, I can demystify what has become a bit of a red herring among those with more imagination (or paranoia) than knowledge.

There is nothing mysterious about AI. It is an electronic/logical attempt to mimic the decision making processes of humans.

AI cannot respond with emotion. It can follow a developers instructions to appear to have emotion, but the motivating force will be instructions and logic analysis, not intuition, or indignity, or optimism.

To a degree, AI can 'learn', as in neural nets. But, its ability to learn from diverse situations is nothing like what the human mind can do, and AI has no 'conscience' to guide it in what it should learn and should not learn. If a programmer so chooses, AI will 'learn' to abuse children or commit serial murder, with no guiding principles to stop it.

AI will not automatically develop a sense of right and wrong, like most humans will. Nor will it express frustration with an inability to solve a problem, unless the developer specifically develops a 'frustration module', and predetermined criteria for usage. If you put an AI machine on a beach after two weeks of analyzing data 24/7, it won't think how lucky it must be to get a few days off after all that hard work.

Philosophers struggle to even define what a soul is. If those creative minds can't encapsulate such an abstract concept, a software developer certainly can't implement it, or capture it as the case may be.

For that matter, AI is a misnomer. It is not 'artificial intelligence'. It is more like 'artificial calculated response'.

AI is not a human mind. Whatever it is about the human brain that captures what we think of as 'spirit' or 'conscience' or 'character' or 'sense of humor' or even a 'sense of self awareness' or all of the above cannot be found in present day AI. The best AI can do is a crude, preprogrammed imitation of any of those.

May it always be thus... and I say this as a software developer.

Can a machine generate an “idea”?

Well, a short answer is no. A textile machine can be weaving the Epic of Gilgamesh in silk but he [the machine] doesn't know that's a Sumerian mythology. To examine the idea inversely, a person suffered from down syndrome doesn't generate idea doesn't stand that he is not human but a machine.

In certain teaching, it explaint perfectly that a human being is a made of three factors: sperm + ovum + gandharva. While in lab the body part (sperm & ovum) can be produced it's not certain how gandharva could be called in to complete the creation, maybe voodoo magic? Just a joke :D.

Think in another way, if a worm biting a piece of wood (borrowing parable from somewhere) forming a pattern looks like letter "W", does the worm [the machine] know that's a letter? If the worm by sheer chance, biting out a pattern that rivals Picasso's, is the worm creative or generates idea?

== trailing: however, by manipulation of the incomplete knowledge called science science the new religion, we will see machines are humans whilst humans are machines in the future ==

Not the answer you're looking for? Browse other questions tagged artificial-intelligence or ask your own question.

21
Could a sentient machine suffer?
7
Is our idea of Artificial Intelligence incorrect?
11
On Wittgenstein's family resemblance and machine learning
1
What is understanding (of natural language texts) and how can we test or measure it?
2
AI singularity, and the transmission of intelligence
3
What is Searle's argument against machine functionalism?