Difference(s) between an axiom scheme and an axiom

The basic question which motivated me to write this post is the following,

What is(are) the difference(s) between an axiom scheme and an axiom?

In Margaris's book First Order Mathematical Logic we have the following, 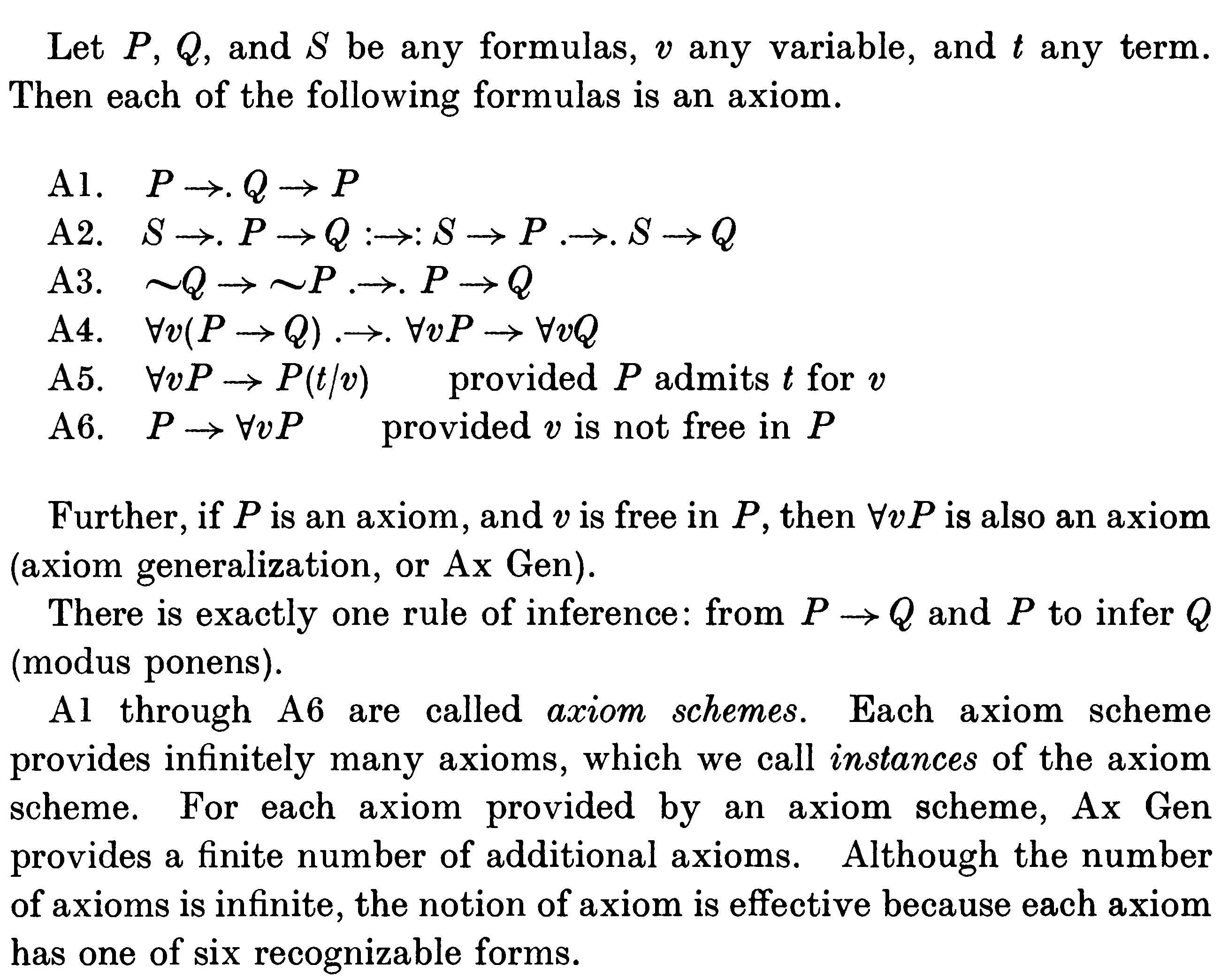 To elaborate the problem a bit, consider the following question,

What is an axiom scheme?

An axiom scheme is a collection of axioms all of which have the same form.

An axiom schema is a sentential formula representing infinitely many axioms. These axioms are obtained by replacing variables in the schema by any formula.

Axioms are specific sentences in a formal language, they contain specific formulae, variables, and terms. Axiom schema are general sentences that show how to create specific axioms within a formal system. Schema generalize over all of the formulae, variables, and terms in the language. You go from a scheme to an axiom by substituting in specifics for the generalized place holders in the scheme. For example:

Scheme: If P and Q are formulae of our language then P -> Q is an axiom

Why and how does this work? Because, assuming that our language contains the propositions A and B and the connectives ^, ->, and ~, then A^A and ~B are as well, therefore we can substitute both of those in for the P and Q in our scheme to create an axiom.

An example of two formulae that do not have the same form:

Yes, the form of an axiom and the axiom itself are different. Again, this is because with an axiom we are substituting in specifics. That is what is meant by "Let P, Q and S by any formulas" in the text you quoted, in those schema P, Q, and S are not actual formulae, they are dummy variables that we are using as placeholders. To get a real axiom you substitute in actual examples from the language. (A -> B), (B -> A), (A -> A) all have the same form and they are obviously not the same axiom, they are examples of substituting in different particulars. I can understand how this can be confusing if P is actually in the language but that's why the author clarifies with "let them by any", they are not saying only, P -> Q is an axiom, they are saying there is an infinite list of all formulae of the form P -> Q, e.g., again, (A -> B), (B -> A), etc.

The logical form of a sentence (or proposition or statement or truthbearer) or set of sentences is the form obtained by abstracting from the subject matter of its content terms or by regarding the content terms as mere placeholders or blanks on a form. In an ideal logical language, the logical form can be determined from syntax alone; formal languages used in formal sciences are examples of such languages.

The logical form of an axiom is its syntax. P -> Q is the specified syntax that we are looking for, in our example. So, any formulae that has the syntax of P -> Q where P and Q are both formulae, is of that same logical form.

"Each axiom scheme provides infinitely many axioms, which we call instances of the axiom scheme".

Though this may appear circular, the formal difference is given in the above quote, through their respective definitions in relation to each other:

I hope this is of some help