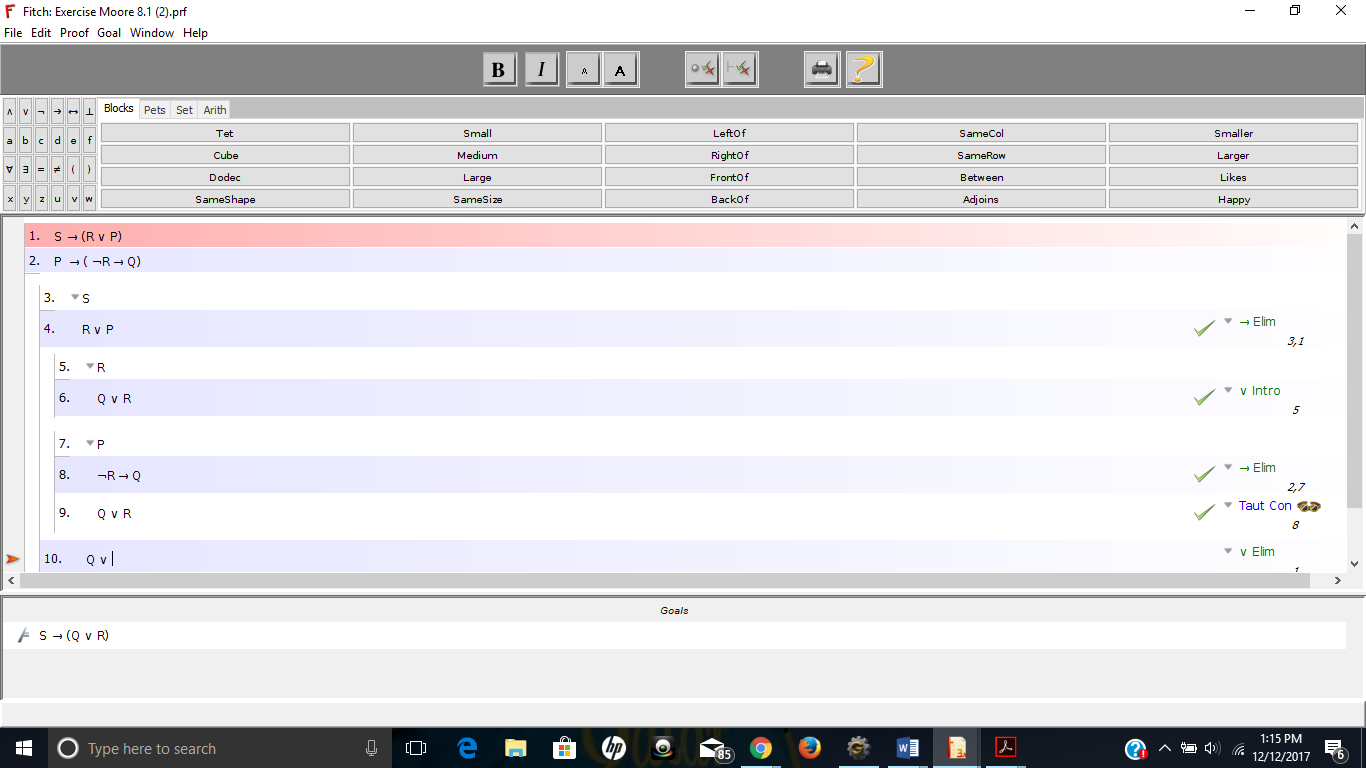 I have gotten to the point in the illustration, but I am unable to figure out where to go from here. I get tricked up on the format of this Fitch exercise, but I am able to reason through it.

Please help with the remaining steps. Where I am confused?

Another approach is to assume ~(Q ∨ R) as I did on line 9 below. This leads to a contradiction on line 17 so that you can complete the the other half of the disjunction.

Having derived Q ∨ R in each case, we can conclude with:

Like Pe I did a proof by contradiction ... and by making the assumption of ~(Q v R) earlier in the proof (and exploiting Fitch's shortcut of allowing ~ Intro to be used while getting rid of the negation of the assumption), I was able to shave off a few lines: 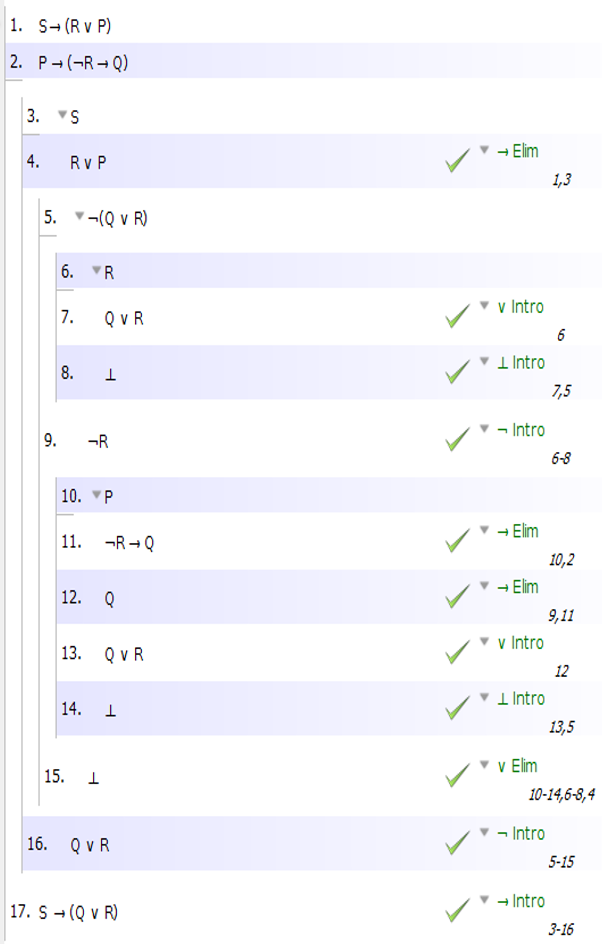 Here is a proof using a Fitch-style proof checker. 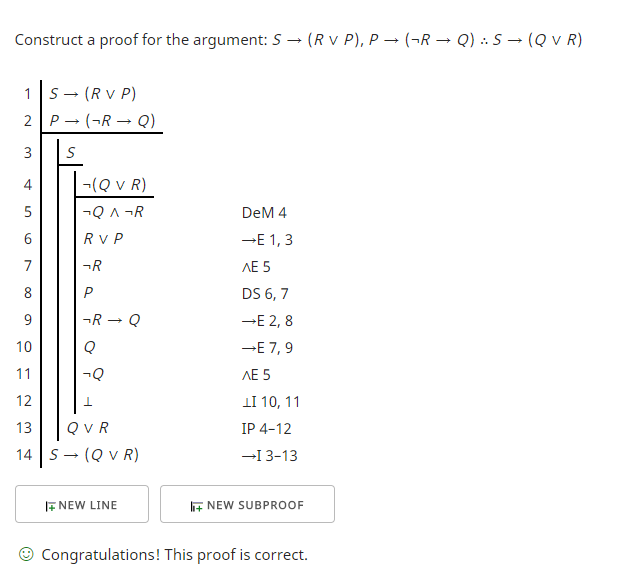 Since the goal is a conditional, I assumed the antecedent, S, in a subproof starting on line 3. My goal was to reach the consequent, Q v R, which I did on line 13. This allowed me to discharge the assumption and close the subproof by introducing a conditional to complete the proof.

To get to line 13, I assumed the negation of that consequent I wanted to prove by starting a new subproof. I aimed to reach a contradiction which I did in line 12. Using the disjunctive syllogism (DS) on line 8 allowed me to cut short testing the two cases of the disjunction on line 6.

Not the answer you're looking for? Browse other questions tagged logic proof symbolic-logic deduction fitch or ask your own question.