Are there degrees of truth ?

I do not assume bivalence - that every proposition or declarative statement - is either true or false but not both. I do not raise the issue of 3-valued logics or offer or invite any theory of truth. But I do assume that at least some propositions or declarative statements are true. Question is, are there degrees of truth in the sense that some propositions are 'more true' than others ? My inclination is to say that any two true propositions are equally true - it is equally the case that they are true and in this sense (call it 'a') that there are not degrees of truth - but that they can differ in the information they contain - can differ in accuracy. For instance, it is true that the the population of Russia is larger than that of France. It is true that the population of Russia is over 100,000,000. It is true that the population of Russia is more than 140,000,000 and less than 160,000,000. I venture to suggest that of these three propositions the third is more true than the first or the second in the sense (call it 'b') that it contains more of the truth, is more informative, than the others.

It may be that I am posing an unintelligible question or suggesting muddle-headed answers to it. But I put it in good faith and would ask you to treat it in that light, whatever you think of it. This is not a request for soft treatment.

In mathematics, and by extension science and computing, we have concepts called Accuracy and Precision.

Accuracy refers to whether or not the answer can pass for the correct answer. Often, this is talking about degrees of magnitude.

On the other hand, precision refers to how close to the 'truth' you can get with a specific number. This refers to the Mantissa, or the numbers before the *10^x in scientific notation.

Most importantly, if the precision is 3, then the top number fails the accuracy test because 3.00 does not equal 3.14.

There is also the Platonic planes of truth to consider here; put simply, this concept states that nature can only ever approximate perfection, never replicate it. In this concept, there's no such thing as an observable perfect circle, because there will always be minute flaws in the production of the circle in nature. On the other hand, X^2 + y^2 = r^2 (simplified equation for centre at origin) defines a perfect circle in Plato's 'plane of truth'; meaning we can conceptualise perfection, but never observe it.

In such a world, degrees of truth are all we have because no observable phenomena can ever perfectly match the conceptualisation. To that end, I don't know what the non-mathematical philosophical concepts that translate to accuracy and precision are, but that is the place I would start to define degrees of truth.

An example of this would be;

All killing of other people is bad. Is it less 'bad' to kill to protect my family? Myself? My Nation?

Ultimately, degrees of truth and context start to look rather similar to my (admittedly) untrained eyes.

Here are four things I've heard used in the discipline of history that they throw around when trying to decide the best theory that explains the evidence at hand:

"Less ad-hoc" (the theory doesn't have too many exceptions, assumptions, terms, etc.)

While not directly addressing your question, you can choose the best theory (according to this) by finding one that is the best in these four categories.

In philosophy, these are concepts of "modality" and still hotly disputed. You've provided a very nice example of how epistemology and metaphysics can lead to greater degrees of questioning... then (maybe) have applications in real life mathematics or scientific deduction.

If you're looking for an amazing - yet wildly inaccessible to most readers - discussion about this look at Quine.

"what sort of logical proposition exists, such that we know "the sun will rise tomorrow"?"

The question becomes whether that's a function of our language, understanding of the world around us, or something completely different. Russell provides a number of avenues to this end that sort of bridge the gap between math, language, knowledge, etc. And, he writes well.

David Lewis is sort of a hallmark (for me anyway) in these discussions. You could summarize "degrees of truth" through the notion of "possible worlds" in which a statement like "I believe the moon is made of green cheese" means that you're committing to the actual existence of moon made of green cheese, just in another time and space. Something like a "square'd circle," couldnt possibly exist.

Mother ask "would you like an apple or a banana?", and the little logician says "Yes."

We are reminded of two things: Working with formal languages changes how we think about truth, and there are sometimes a supplier and/or consumer of information. Now let me proposes here: If natural language was meant to convey only 'Formal Truth' then it would have evolved on the basis of logical structures. Since formal languages are amply dealt with by better minds than mine I will restrict my answer to the more 'natural' meaning of 'truth', that of information transfer. Although I don't claim exclusivity in the idea, I think that when the 'truth' can be seen as a transactional item, is when we can most properly define "degrees of truth". Here are some possible metrics:

-The degree to which the supplier uses language appropriate to the information.

-The degree to which the supplier uses language understandable to the consumer.

-The degree to which the supplier gives full account of their knowledge of the 'truth'.

-The degree to which the supplier is cognizant of the full measure of 'truth'.

-Intent and measure of deception by the supplier.

-The consumer's degree of diligence and commitment to receiving the 'truth'. This implies a feedback loop so the supplier can adjust their language.

-The degree of information channel noise.

-The degree of information channel interference. That is "putting a spin on the story", "controlling the narrative", and other third party attempts to modify the truth.

This may infringe heavily on communication science but illustrates that at least some incarnations of 'truth' can be evaluated to 'degree'.

*If anyone can add references to this, I'll be indebted.**

I'm going to offer an answer that goes against the grain here, and say no, truth does not admit of degrees. Either a declarative statement is true, or it is not, in which case it is false. False statements may be a useful approximation, almost the truth, pragmatically useful for a given purpose, a conjunction containing more true statements than false, etc., but if it doesn't correspond to the way the world is, then it is false. If there's a room full of 99 people, and I say "there's a hundred people in that room", it's false. If I said "there's 4.65 people in that room", it's also false. The former is a falsehood that approximates truth better, or may be more useful for estimating how many kegs of beer I should purchase, but it's still false. The former is a falsehood that is closer to the truth than the latter, but it's still not the truth. (Maybe falsehood loosely admits of degrees depending on it's usefulness, approximation to truth, and so on?) If the particle is neither here nor there, but in some wavey superposed state, then "the particle is here" is false, and "the particle is there" is false (after all, we just said the particle is neither here nor there). If "here" and "there" (once properly defined) are classical notions, and the world is not classical (say quantum instead), any statement in physics that presupposes classical conceptions of the world are false. They might be falsehoods that are good enough to do engineering, or useful for most practical purpose, but they're still false.

I'm not 100% sure I personally believe what I just wrote, but I'm also not sure I've ever heard an example that forces me to abandon bivalence with respect to truth. Examples involving fuzzy or vague predicates, well, involve fuzzy and vague notions. Once the notions are analyzed and made precise, the vagueness can disappear. Not to say fuzzy logics aren't useful for analyzing fuzzy concepts, but fuzzy concepts don't correspond precisely to the world and so can't describe the world truthfully until the fuzziness is clarified. Examples opting to replace truth with provability are about provability, not truth. Quantum mechanics is a mathematical theory expressed in regular, bivalent mathematics, and can only be described accurately using the language of mathematics, not our everyday language.

Again, I'm not sure I believe all this, but I'm just offering a different perspective than the other answers! 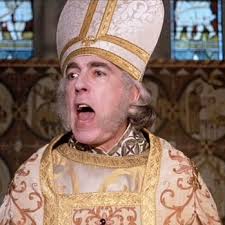 English. English is what brings us together today.

But seriously, English has huge possible context and connotation to the word "truth." For example, Scott Adams reports that he constantly gets letters claiming that an episode in "Dilbert" is "just like my office!" No. There is no alien with his head exploding in your office.

Logical truth is often bivalent. Then there's Goedel's theorem which tells us that some times you won't be able to demonstrate the truth or falsehood of some statements within a logic system. "Everything he says is a lie." "I'm lying."

Science and engineering truths are often expressed as probabilities.

Political truths are often based on tradition, culture, or expedience. And these are often the kind of issues that are most resistant to change. And as the OP points out, can be shaded and spun by such dodges as strategic amnesia.

5
Have philosophers explored the ideas of accuracy and precision when considering the truth of a statement?

17
What is the difference between Law of Excluded Middle and Principle of Bivalence?
6
Can a proposition change its truth value?
2
Is there canonical terminology for logical connectives between more than two propositions?
7
Is there such a thing as a 'necessary truth'?
1
'If P were true' vs 'If P is the case'
5
What are lucid examples of non-truth functionals?
3
Why are conditionals and disjunctions “consistent with more possibilities than categorical propositions”?
3
Is there any difference between declarative sentences and statements?
1
Is it logically permissible to neither believe nor disbelieve a proposition X? Or does this violate the law of excluded middle?