Are humans becoming more hive-like? Does this have philosophical implications?

Have any philosophers taken up human hive-like behaviour and its implications?

EO Wilson and others have outlined eusociality, a mode of group selection acting in addition to selection at the individual level https://www.ncbi.nlm.nih.gov/pmc/articles/PMC4850877/ though this is not without critics https://www.huffingtonpost.com/entry/richard-dawkins-edward-o-_b_1588510 This seems to suggest that aspects of being human, like tool use, clothing and cooking, may have reinforced the benefits of social behaviour supporting group fitness, over individual success. This can be extended all the way to the success in science of the Allies over Axis powers (nuclear weapons), and later Soviet's (profound misconceptions about agronomy).

In philosophy (from the Wikipedia page on the Private Language Argument):

If the idea of a private language is inconsistent, then a logical conclusion would be that all language serves a social function. This would have profound implications for other areas of philosophical and psychological study. For example, if one cannot have a private language, it might not make any sense to talk of private experiences or of private mental states.

Science extends sensory faculties, through collective development of tools from vacuum pumps to CERN, and regulation of the quality of reported results through peer review and academic prestige. The cultural whole of science is not only greater than the parts, but seems to be creating deeper global integration and allocating technology and access to resources in return for that, creating a positive feedback loop.

Has anyone since Wittgenstein taken up the philosophical implications of this? Has anyone taken up the ideas of Kuhn & Popper and applied them like this? What do our eusociality and non-private aspects of language tell us about complex brains and how we know things?

The relevant part of your question is basically directed to how humans evolved -- which is Anthropology, and how we live now, which is Sociology. Anthropology presumes that our "nature" was set in a small group tribal environment. It is remarkable that a psychology geared toward small groups could possibly allow us to live successfully in cities of tens of millions!

This is a serious mystery, and it inspires your question. The answer has to be "no" at least from a biological perspective, in that the evolutionary time constant for large mammals like we are, is much much slower than the time in which we have become sociological rather than anthropological.

There are serious thinkers attempting to cross the bridge from anthropology to sociology, and they, I think, are who you are asking about. In a search, I found a variety of references, which i have not digested and therefore canto recommend, but they could serve as a launching point for your investigation this field. They are:

There is another effort which may be relevant, and that is the immature field of memetic studies. This field is not currently thriving, but it may provide another interesting perspective on your question.

Here is the best general reference I have found on memes: https://www.amazon.com/Selfish-Meme-Critical-Reassessment/dp/0521606276

And this reference looks at memetic processes as one way our moral system operates. The strength of his particular assumption is that it can explain the strength of the social mores that hold our societies together (we are geared to accept and live by memeplexes), even if they differ so much from the norms and memeplexes of our tribal societies. https://www.stevestewartwilliams.com/publications/Stewart-Williams,%202015_EvolutionMorality.pdf

As memeplexes can and do evolve at the timescales that we have become sociological rather than anthropological, then the memeplex model COULD allow for humans to be changing in nature to become more "hive like". And stronger, it would also imply that we absolutely have done so.

Memes and memeplexes are not widely accepted, so this partial "yes" answer to your question has to come with a lot of caveats.

As an aside, the language part of your question is a red herring. Humans primarily think without language: https://www.theguardian.com/lifeandstyle/2017/jul/03/my-crash-course-in-aphasia-the-debilitating-loss-of-the-ability-to-talk https://mari.umich.edu/success-story/their-words-al as aphasia patients demonstrate. We also do 99+ percent of our language entirely privately in our heads. And our language use is not a new issue, so is irrelevant anyway to the question of how we are sociologiclaly changing.

I think you have the arrow of causation backward. You seem to think that our newer varieties thinking cause hive behavior. But instead, the awareness of hivelike thinking has caused postmodern ways of looking at things.

Enlightenment thinking finally got a clear enough focus on the individual mind in context to realize how much such a thing does not exist. But by and large, it worked against hivelikeness the whole time it has been building up to that point. We are notably less unified mentally that we were before that process started.

Modern logic since Wittgenstein has replaced idealism with social construction. This is especially clear in the philosophical school of 'Critical Theory', which I might give as the reference you request. But this domain is studying how we are already hive-like. Becoming aware of a permanent fact and recognizing it for what it is, does not create the fact, or further it. In fact, it gives us ways to step back from it and to choose when and when not to resist, or to consciously shape it.

You call out science as a source here, but surely the Catholic Church was more conforming at its peak -- it is a necessary result of actively publicly punishing dissent. Every social structure works on positive feedback loops. Science is just the religion of the moment (and maybe the whole future, if history ends). It happens to be a lot more effective than our previous local religions, but it is a variety of faith nonetheless. And faiths maintain themselves through interior processes constructed by social, hivelike ones.

Technology has also always been used to maintain faith. The best architecture the finest arts, etc. are co-opted for the glory of God, the State, and the Market. That our web connections and smart cars go to the same purposes, with newer definitions of God, ideologies amplifying the variety of States involved, and faster and more various competitive domains within the overall Market, does not constitute a change.

We are becoming more numerous. But on average, we seem less hivelike than the kind of society that could get thousands upon thousands of men to march in formation with the plan of fighting hand-to-hand for their chosen Queens.

In reply I quote Binswanger

For Heraclitus, genuine awakeness is, negatively put, the awakening from private opinion (doxa) and subjective belief. ...

As for "the cultural whole of science", that is a sword that cuts both ways. Methods discovered by scientific analysis can be used to enlighten or to subjugate.

As a counterpoint to Binswanger, an ESP-type collective consciousness may already have existed for millenia, for those who have pursued consciousness to the higher levels potential in Being.

For example, Meditation and Psi 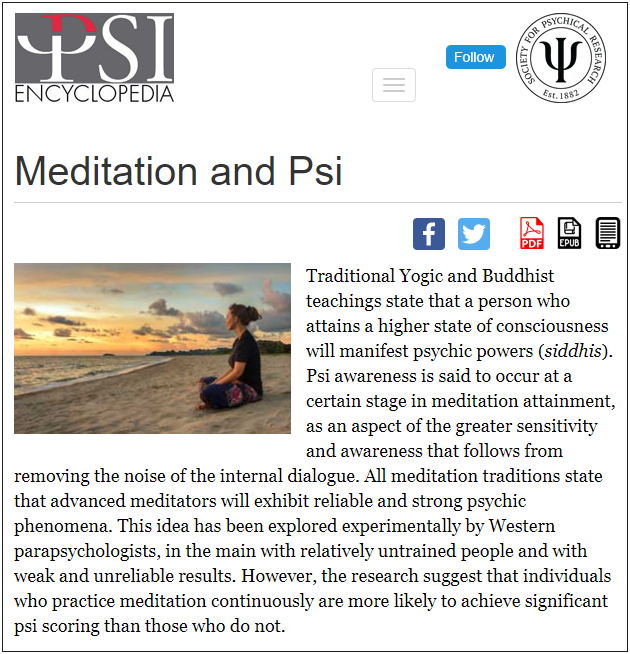 18
Can we tell whether human groups or societies are behaving as superorganisms?
5
Philosophy vs Corporate Personhood
6
Have any thinkers applied empiricism to the dreaming and deep sleep states?
3
Emergent consciousness
1
Are Societies as an Individual Entity, Aware?
2
If we had a hive mind, could we discover it?
0
Can we say that human beings are behaving more and more like machines?