Authors on "the Trouble with the Revolutions of the Mind"

Accepting that planet Earth was not at the centre of the universe and the stars were like just like the Sun but only much further was a "revolution of the mind" that took centuries to accept. Accepting that species evolve and change through time has not been fully accepted. In the USA for instance 38% still believe that humans were created by God (https://en.wikipedia.org/wiki/Creationism).

Where does this trouble accepting these revolutions of the mind come from? Is there a defect in the brain not being efficient at re-wiring new ideas? Is it a need to believe a much more pleasant existence? Is it perhaps that it takes effort to accept new ideas and we don't want to over-complicate our existence or is it an ego-related thing because the longer you have been wrong about things the harder it gets to admit it?

What if 9/11 was an inside job or maybe the existence of alien civilisations were real? Could those be potential "revolutions of the mind" that most people would have trouble with?

I'm looking for authors that explore these ideas. 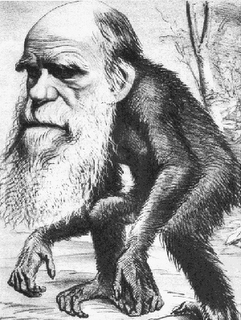 "A man is his own easiest dupe, for what he wishes to be true he generally believes to be true." Demosthenes 384-322 BC

The 19th-century idealist philosopher Georg Wilhelm Friedrich Hegel famously noted that "the owl of Minerva spreads its wings only with the falling of the dusk"—meaning that philosophy comes to understand a historical condition just as it passes away.[17] Philosophy appears only in the "maturity of reality," because it understands in hindsight.

“ Philosophy, as the thought of the world, does not appear until reality has completed its formative process, and made itself ready. History thus corroborates the teaching of the conception that only in the maturity of reality does the ideal appear as counterpart to the real, apprehends the real world in its substance, and shapes it into an intellectual kingdom. When philosophy paints its grey in grey, one form of life has become old, and by means of grey it cannot be rejuvenated, but only known. The owl of Minerva takes its flight only when the shades of night are gathering. 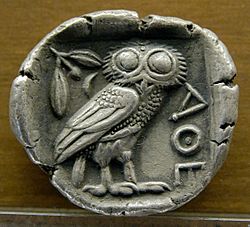