What is this formal logic symbol?

I have searched everywhere and I cannot find out what this symbol from David Lewis' Psychophysical and theoretical identifications (p. 254). I know all the other logic symbols, but what does the one in front on the first x mean? 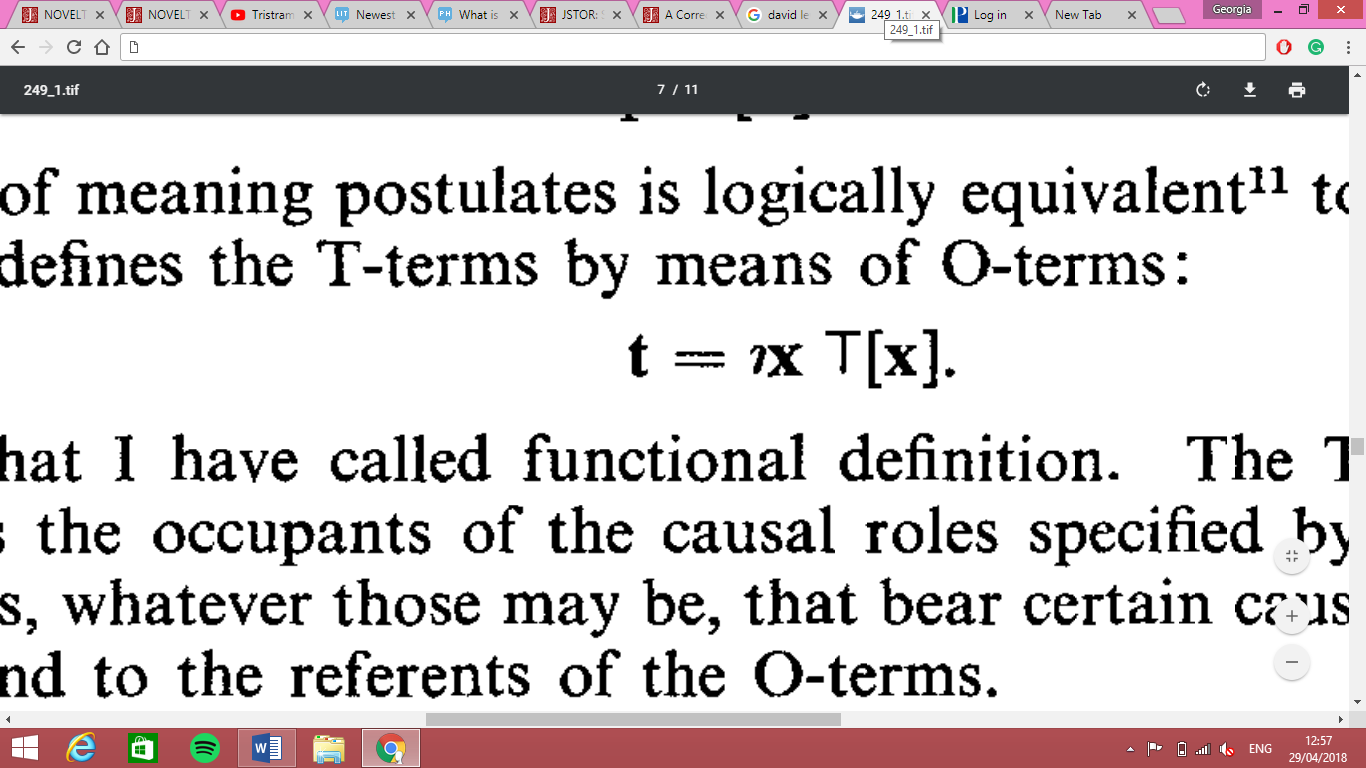 The upside down iota "℩" was used by Russell and Whitehead in their Principia Mathematica (PM) to stand for unique existential quantification. This concept forms the backbone of Russell's theory of descriptions.

From Wikipedia's survey of the symbolism used in PM:

"A description is a phrase of the form "the term y which satisfies φŷ, where φŷ is some function satisfied by one and only one argument."[18] From this PM employs two new symbols, a forward "E" and an inverted iota "℩". Here is an example:

This has the meaning: 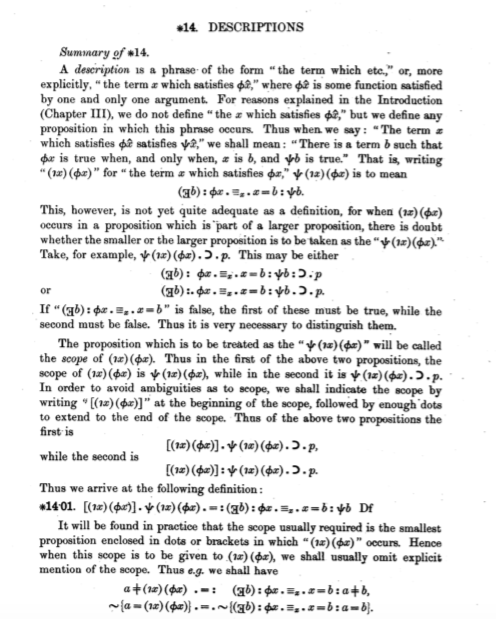 Terminology has changed over the past 100 years, and some conventions in PM are no longer used, such as writing "(x)" for universal quantification or delimiting syntax with periods and colons (thank God). Unique existential quantification has also changed (I believe partly due to the want to separate it from it's close connection to Russell's theory of descriptions). For example, in Kleene's Introduction to Metamathematics (1952) (page 199) he writes:

It is usually the case that nowadays the unique existential generalization is written in the way Kleene did above. There are still some people who were of the generation that came about during the transition between the fixing of symbolism (such as Saul Kripke and David Lewis) and they tend to use a combination of new and old symbolism such as "(x)" universal quantification and the upside down iota uniqueness quantification but parenthetical delimiters.

Also, here is a similar question on math.se asking specifically about the "℩" in PM.

8
What exactly is informal logic and is this what I'm looking for?
6
Is there any reason for the heavy focus on binary relations in formal logic?
1
Logic - 3 Cannibals Riddle Reduced to 2 Steps
17
Is Logic Empirical?
7
What exactly is a first-order logic?
2
Can someone explain this logical statement?
1
What are some benefits of a second order logic?
5
What separates mathematics from logic? Can "mathematical" operations be applied to logical systems?
0
Why are variables logical symbols, but predicates non-logical symbols in predicate logic?