Wanted: literature on the ethics of creating a fake world (The morality of God)

WARNING (reader discretion is advised. Don't do these experiments if you are not familiar with existential philosophy or if you suffer from some mental disorder)

This question is subtle. I think thought experiments are the best way to pose it. (I'm sorry they sound too Sci-fi and they are too long).

Let's presume that it's discovered that cows that live with no stress and good conditions produced better meat and milk. Breeding cows in an open farm can be very expensive so a new way of raising them is invented which is by virtual reality. Those cows would believe that they are in the Alps or similar place with no threats nor fear of predators in a loving atmosphere when in fact they are living in a slaughterhouse.

How ethical would that be? What's wrong with having "happy meat" at a low cost?

Let's presume a much more advanced alien civilization had created a Matrix-Style world for us to produce some type of "milk". That "milk" is some sort of energy that is produced by human suffering. When we die they need our consent to make us reincarnate into a new body. They examine our thoughts and feelings to manipulate us using an AI machine. Guilt, remorse, past relatives, spiritual figures, past traumas, etc. are used for this purpose. This alien species know more about our psychology and nature than ourselves, they know all our thoughts and memories we have had and they can travel in time so they would always know how to trick us into going back into this virtual-material world over and over again.

This idea of an Evil God creating this reality has been believed by different kinds of Christian sects such us the Gnostics (who believed in salvation through knowledge) or the Cathars(who practised asceticism in order to reject this material world created by Satan).

Let's imagine that in the future chaos and corruption almost killed the entire humanity because of this human trend to selfishness, evil and corruption. As humans are immortal because of the new discoveries in genetics, Psychologists of the future would say that the best way to change a person is to erase his memories temporarily and create a virtual world to re-educate the person into somebody suitable for the society of the future. All your thoughts and actions will be recorded and a jury will determine if you could fit into this future society called "heaven".

This idea is also shared by many New Age sects.

In Hinduism Brahma is the creator of Maya (this present fake world of illusion). In Buddhism the same concept applies. In the Judeo-Christian tradition God banned Adam and Eve from heaven because they ate from the tree of knowledge. If God is all wise and created man, woman and the lying snake with all their flaws and God is all omniscient (past, present and future) then God knew they both would bite the apple. Then God banned them from heaven and fooled them with the idea of "free will" and made them guilty of "original sin" which is a morality rule created by God itself.

In Greek mythology you have the example of Prometheus who was punished by Zeus because he helped humanity by giving them the knowledge of fire.

How ethical would be to create a fake world for purposes that are ignored to us? If another human created a virtual world we all live in could we call that human "God"? Perhaps ignorance is a painful part of the existence we may have trouble dealing with therefore we create very well developed fantasies (sometimes comforting sometimes not) called religions which provide us with meaning and purpose. Maybe we believe them because they suit the way we feel or because we were indoctrinated to. Perhaps hope in a better world after this life is needed for emotional reasons like a slave who needs to believe that he will be free.

Perhaps God is nothing but the projection of a "psychological father" that presumably acts in our best interest as if we were children not mature enough to understand his motives. Or maybe we don't ponder too much on this because we don't want to see our illusions destroyed as Nietzsche would say or we could end up hating our creator if we knew the truth therefore it's better just to have "good faith"?

I'm looking for authors, books, films etc. who talk about this.

“God is subtle but he is not malicious.”
"I have second thoughts. Maybe God is malicious." Albert Einstein

I have nothing useful to say about the thought-experiments but have one comment. You say...

"Perhaps ignorance is a painful part of the existence we may have trouble dealing with therefore we create very well developed fantasies (sometimes comforting sometimes not) called religions which provide us with meaning and purpose."

There is another and more popular idea. This is that we do live in a fake world and that ignorance is necessary to its functioning. The idea would be that if we could see the everyday mundane world as is really is we would see its unreality. Thus the mystics regularly claim both that the this world is unreal (in a particular sense) and that they (and you) are God in a state of forgetfulness.

God would draw down a veil of ignorance in order that existence can seem real to to Him while He is on his holidays enjoying being a human being. Without this deception existence (as opposed to reality) could not occur.

Thus religion at its best would be an attempt to know and face Reality, not to escape from it. Regrettably religion is no always at its best so your point is a fair one. Still, I feel the phenomenon you discuss is more immediately relevant to the ongoing lack of progress in institutional philosophy and the muddle that is modern metaphysics than religion.

For literature on this topic the teachings of mysticism seem unmissable. You might like to check out the philosophy of the Upanishads, which explains God's Veil as the power of 'Maya' and advises us how to escape from its deceptive clutches. Here 'God' would be the God of Schrodinger, who endorsed the Upanishadic view, and not the God of Monotheism.

The major philosopher who perhaps dealt most directly with this question was Descartes. In his Third Meditation, he came to the famous conclusion that God is not a deceiver --that malicious deception is incompatible with an all-powerful deity. You might contrast this view with that of Plato, who believed that the world we live in is a deception. His scenario involves a creator who is good, but not all-powerful, and who creates the world as an imperfect imitation of a better reality --in other words, not towards the goal of deception.

If you're looking for a more contemporary discussion, you might look up Nick Bostrom's simulation theory, which argues that our world is indeed a deception, although without much to say on the ethics of the situation. However, the idea that a deceptive simulator deity's ethics might be horrific from our point of view is at the root of a thought experiment called Roko's Basilisk (which, I should warn you before you research it, has reportedly become an unavoidable obsession for some people).

My favorite literature for this topic is:

In this movie the replicants (humanoid robots) are supposed to be fake humans in a real world made by engineers who play God. This movie has plenty of freemason symbolism such us the all seeing eye (Tyrell corp. is a topless pyramid, the all seeing eye is everywhere), The owl of Minerva, the snake that once corrupted man, black and white tiles representing the duality of good and evil and many other symbols which can be even Luciferian (apparently not Satanist).

This movie deals with 2 main philosophical ideas which are:

In the end one of the replicants kills his maker in front of the owl saying the words:

"Nothing the god of biomechanics wouldn't let you in heaven for"

Which represents revenge against an evil God. 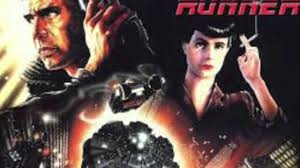 2- The Buddhist Sutra and Buddha's awakeking.

Buddha wanted to end this cycle of birth and death and after finding the middle way attained enlightenment. He discovered his true nature transcending his life (present and past), his body, his memory, then his ego and ultimately his mind by controlling it and stopping it at will.

He discovered that there is only one consciousness but our minds prevent us from seeing it. Everything is connected to everything. The mind of the universe playing with itself. We are all one. Maya could not fool him any longer therefore he attained nirvana and smiled just like the perfect beings smile. 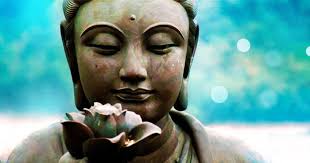 En Buddhist traditions there is no evil entity as such. It can be personified by demons though. It's just wrong insights(ignorance) or moha that lead you astray from enlightenment and knowing the true nature of existence.

2
How do moral goals construct in someone's mind?
3
Professional ethics - the relative ethics of paying into corruption for the 'greater good'
1
Would we choose to become psychopaths if we could?
1
The ethics of evolutionary custodianship
6
Wanted references to the Phillip K Dick Total Recall (1990) paradox
0
Can the scientific method ever disprove Magic and Miracles (Simulated)?