How widely accepted is the "presumption of atheism" among philosophers?

The presumption of atheism is the idea that in debates between theists and atheists, the burden of proof is on the theist to prove that God exists. This principle appears to be taken for granted in popular atheist literature, but I seldom see it discussed in higher level philosophy of religion. Is the validity of the presumption of atheism widely accepted among professional philosophers?

(Of course, accepting the presumption of atheism does not entail accepting atheism itself. One can accept that the theist has the burden of proof, but believe that the burden has been met.)

philosophy-of-religion atheism
Share
Improve this question
asked May 23, 2018 at 23:23

The so-called "presumption of atheism" is invalid. In fact, isn't it based upon the fallacy of begging the question?

The fallacy of begging the question occurs when an argument's premises assume the truth of the conclusion, instead of supporting it. In other words, you assume without proof the stand/position, or a significant part of the stand, that is in question.

Any discussion of God is trivial if it doesn't identify which God is being discussed.

How can an atheist prove the non-existence of an unidentified God?

A monotheist, if they wish to reverse the burden of proof, must first be able prove the non-existence of every God which is other to the God they presume.

I think what you call the "presumption of atheism" is just a specific instance of Occam's Razor, which translates as "Don't complicate things unnecessarily." In other words: don't assume the existence of anything that does could possibly not exist.

Also, definitions of God are often so vague that proving God doesn't exist runs into a perpetual game of moving goalposts. "Sure, you proved that God, by that definition, does not exist, but what if you define God as..." Asking the theists to prove God exists also allows them to firmly establish a set of goalposts.

I am not sure what the majority view is on this matter in philosophy and equally unsure what difference numbers and majorities make in intellectual debate.

What is relevant is to examine the credentials of the presumption. Donald Evans argues that there is a flaw in Flew's use of it. Specifically, that Flew does not observe a sufficiently firm distinction between procedural and substantive presumption. Flew can hardly be ignored since he first propounded the presumption of atheism at least in its current form :

Let us consider Flew's main contention, that the onus of proof lies on the theist. The "proof" which is required of the theist involves (a) showing that his concept of God is such that the existence of God is theoretically possible and (b) providing sufficient reasons, though not necessarily a demonstration, to warrant believing that God exists. The "onus" which is on the theist does not preclude the possibility of a theistic proof. It is similar to the "onus" which is on the prosecutor in an English court: it is up to the prosecutor to prove guilt, but such proof is possible. And just as the prosecutor does not have to drop his personal conviction - if he has one - that the defendant is guilty, the theist does not have to drop hrs own theistic belief. What Flew is asking the theist to do is to accept a procedure. Like the affirmative side in a debate, the theist is asked to concede that if he has not provided grounds for what he affirms, he has lost the debate - whether or not the opposition says anything. If a theist moves, "Resolved that this house affirms the existence of God", the presumption in the debate is atheistic; the theist has to prove his claim or lose the debate. He is like a prosecutor in a court where the procedural rule is that innocence is presumed; the prosecutor must prove guilt or lose his case. Flew holds that the presumption of atheism is a better procedure than the presumption of theism, where the atheist would affirm, "Resolved that this house affirms the non-existence of God", and the atheist would have to prove his claim or lose the argument.

This, if I understand him correctly, is what Flew means when he calls for a purely procedural "presumption of atheism", and insists that the concession asked of the theist is procedural rather than substantive. It seems to me, however, that he does not maintain a firm distinction between a procedural presumption, which is a rule governing a debate or a court or a philosophical dialogue, and a personal presumption, which is a man's own (substantive) convictional stance. A personal presumption that p is a presuming that p is true unless and until adequate contrary evidence is produced. (It differs from a "categorical assumption" that p, which for Flew is (apparently) either a procedural or a personal assumption which precludes the possibility that p is false.) Flew blurs the distinction between procedural and personal presumptions of atheism early in his essay: he first introduces the "presumption of atheism" as a presumption "that the onus of proof must lie on the theist"; then he explains that the "atheism" in this presumption is a "negative atheism"; and then he says that a negative atheist is "someone who is simply not a theist" (that is, presumably, someone who personally presumes atheism). This would preclude theists from taking part in the very debate which Flew asks them to initiate! This is, I think, a slip, for Flew's main line of thought in the essay is such that he supposedly allows a theist personally to presume theism - even to assume theism categorically - while presuming atheism procedurally. (Donald Evans, 'A Reply to Flew's "The Presumption of Atheism"', Canadian Journal of Philosophy, Vol. 2, No. 1 (Sep., 1972), pp. 47-50: 47-8.)

The "presumption of Atheism", per Wikipedia, was not accepted by Flew's peers for 3 decades:

Flew's proposal to change his profession's use of the term atheism saw limited acceptance in the 20th century, but in the early 21st century Flew's negative sense of 'atheism' came to be forwarded more commonly.[27][28] The impact of Flew's proposed negative atheism, which is often referred to today as 'weak atheism' or 'soft atheism', is illustrated by analytic Philosopher William Lane Craig's 2007 assessment that the presumption of atheism had become "one of the most commonly proffered justifications of atheism."[29] And BBC journalist William Crawley 2010 analysis: "The Presumption of Atheism (1976) made the case, now followed by today's new atheism, that atheism should be the ... default position".[30][31] In recent debates, atheists often forward the Presumption of Atheism referring to atheism as the "default position"[32][33][34][35] or has "no burden of proof"[36][37] or asserting that the burden of proof rests solely on the theist.[26][38][39]

If one accepts the principle of sufficient reason, then every position, either for or against accepting a thesis, needs to be justified. This is illustrated in the following diagram: 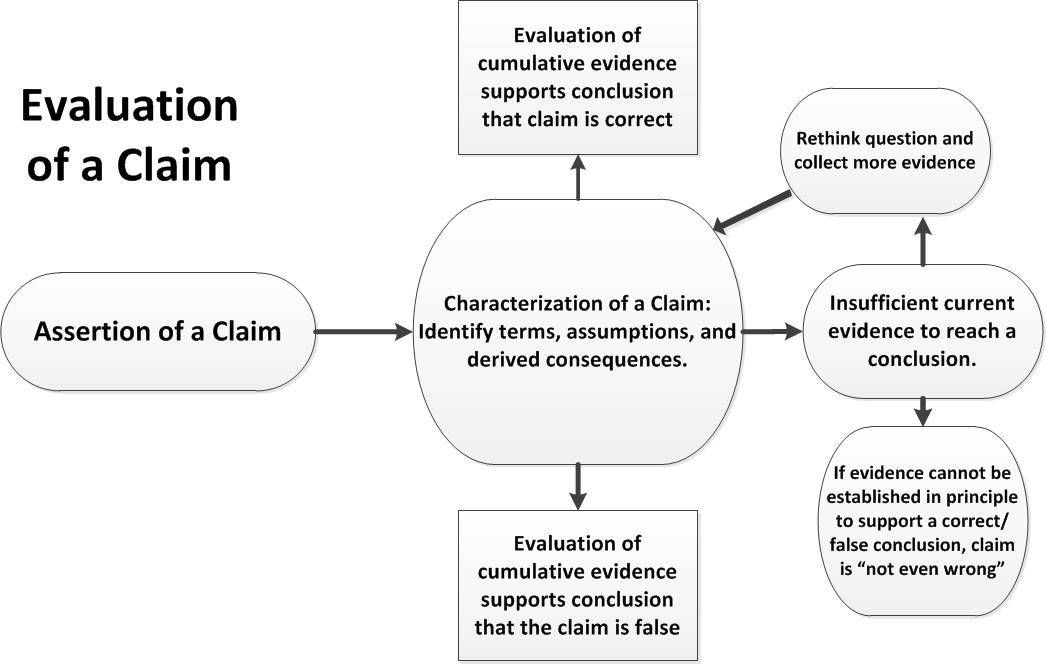 Per the PSR, the "presumption of atheism" is a fallacy of shifting the burden of proof.

Flew himself argued strong agnosticism -- that Theism is incoherent, and this was his justification for atheism. Upon the publication of Swinburne's "The Coherence of Theism", Flew admitted his claim to incoherence was untrue, and this opened him to considering theism. By the end of his life, he had adopted deism. The publication of ghost-written books under his name, which trended toward theism rather than deism, are suspect, given his advancing age and declining faculties.

Not the answer you're looking for? Browse other questions tagged philosophy-of-religion atheism or ask your own question.

16
Is there an advantage of a theistic account in terms of being able to define goodness?
1
Is it impossible to KNOW how our apparent reality came to be through philosophical or scientific argumentation?
6
How does this New Atheist argument add up?
2
Agnostic theism and agnostic atheism and their validity
4
How compatible is atheism with agnosticism?
36
Asserting that Atheism and Theism are both faith based positions