I came across this thinking today when I was reading some evolutionary biology writings. Human beings tend to accept that everything must be traced back to something else, or an origin, starting point; on the contrary, we can very easily accept the fact that something may exist and proliferate forever in the future. Why is that?

For an analogy (though not scientifically correct), it is very acceptable that human will theoretically be in this world forever, because every man is capable of producing some new people, as long as we figure out some ways to avoid disasters; However, we cannot accept the fact that human beings may have existed forever in the past---although every man is derived from another human being---we always try to figure out who is the first being that can be called human, or life.

There are many things which we are confident at some point in the past did not exist, like the language "English", or "flying Earth creatures", or "human beings", or Dubstep. Since these things exist now, there must have been a time when they came into existence. Hence, they each had a beginning (though the exact moment of "beginning" is vague and unclear in most of these examples).

Since all of the above still exist, and we do not have proof that any of them will ever cease to exist, we do not assume they will have an end. Though it is highly likely in each case.

If you do some research, you'll find that the assumption that starts and ends exist is not always the default. For example, many religions have a cyclical model of time which explicitly does not permit a beginning nor an end. Also, you will find that the assumption that we do not have an end is not always assumed either. Even in recent times, one of the standing hypotheses scientific cosmologists were working with was "the big crunch," when everything comes to a halt.

As for why you perceive people looking for beginnings and not ends, it may be cultural. You may have to look at the people around you. I know science is currently focused on the idea that there was a beginning (a big bang) but no ending (no big crunch) not because they have some preference for that, but because the evidence they observe best matches models which have a beginning and no end.

On the flip side, consider this: no human being alive has died yet. Many of us have witnessed another human die, and we've read about the concept, but not one of us has died, ourselves. Yet we are utterly confident that we will die in the future.

Human beings tend to accept that everything must be traced back to something else, or an origin, starting point; on the contrary, we can very easily accept the fact that something may exist and proliferate forever in the future. Why is that?

Perhaps (an intuitive/implicit) understanding (of) the concept of entropy helps (some) humans accepting world views where things must have a start, but can continue forever into some form of heat death or final state of the universe.

As Cort Ammon indicated, that might not necessarily be a valid (implicit) assumption.

It's presupposed by how we speak of something. Generally we are talking of something in time; and most things are mortal and subject to birth and decay, generation & corruption, beginnings and endings: men, mountains and planets too - if you can wait long enough.

But somethings - if we can use the term - are not subject to this, or their relationship to time is more difficult to understand; like time itself? Can it have a beginning, when time is that by which we measure beginnings and endings, and everything else in between?

Kant's reasoning is that our demand for closure of past chains is asymmetrically justified vs. future closure since the order of inference, as an "image" of temporal order, justifies inferences up to the present moment (as a conclusion) but doesn't require us to complete the "image" of all implications of given conclusions. That is, a finite argument has a "past" in the premises and a "present" in the conclusion, but no part of it corresponds to a closed future (even closed and unbounded).

Now Kant goes on to say that the subjectivity of this fact means that for full-fledged objects, it is not even true that past closure is justifiably asserted. Rather, there is a vague boundary "around" time, indefinite in extent, so that we only need indefinite closure vs. the past (enough to explain the time we are given and not some incomprehensible infinite chain pastwards).

This assumption rests on the often cited phrase Ex nihilo nihil fit, which dates back to Parmenides, but was a cornerstone of Aristotelian metaphysics as well.

The latter is the reason why the Latin phrasing is most common, since it carried from Aristotelian philosophy into Scholastics and from there into early modern philosophy.

The phrase means "nothing comes from nothing". It is important in philosophy because when it comes to causation, especially of existence, this means that all causal chains are necessarily finite in the past. That's because there has to be a determination of something that started the chain at some point or the causal chain would hang in the air and be ex nihilo. On the other hand, depending on your conception of time, there may be nothing inherently problematic when it comes to the causal chains carrying on into the future infinitely as soon as there is a determinate chain of cause and effect.

If you like, it seems to be about how we think or, at least, how we are used to think about the concept of causation in the western world.

That being said, it is also very important in theological thought (across the boundaries of a particular religion) since the whole idea of creation and the principle ex nihilo nihil fit have to be reconciled in some way or another.

If a thing has an origin it must certainly have an ending. If an object gets name and form it also loses them in due course. Actually its name and form also disappear or end after a certain period. That implies, the thing disappears which means it has an ending.

So I mean if you think that something has an origin, it has an end also. The thing comes from somewhere and goes to somewhere.Though time may vary, if there is continuity on one end, it must have a continuity on the other end also.

You may verify whether there was similar thoughts in the past also. See this verse from the Bhagavad Gita.

I don't think that the statement that everything must have an origin is a given at all. It is a version of the Principle of Sufficient Reason, and whether the PSR is actually true is an open and (I think) very deep question.

Re why there is an asymmetry between origins and endings, this is implicit in the PSR; there is no application of PSR to argue that 'all things must come to an end' or some such.

The temporal aspect of this topic is of course made more challenging because the concept of time in modern physics is more complicated than it was when 'ex nihil nihil fit' was first formulated. But contrary to some claims on here, contemporary cosmology does not the settle the question of whether the universe had an ultimate origin: we know that about 13.7bn years ago the observed universe was in a very dense compact hot state, from which it expanded and continues to expand at an increasing rate. But to the very first few moments (I can't remember whether it's a few years or minutes or seconds or whatever) of the universe, our science cannot yet go. So we cannot say confidently that there was actually a singularity or whatever, or whether the universe got into its hot dense state in some other way, and we don't know that there aren't other unobserved regions.

This has nothing to do with time, so we'll leave this aspect out of the discussion.

"Something may exist and proliferate forever in the future" has a logic behind. The reason is that things evolve and naturally adapt. All living things adapt to be better and better fitted for the environment they exist and evolve in. If temperature, for example, will generally get gradually colder in an environment with living creatures, after a few generations the creatures will adapt (like growing thicker fur). Due to this, there is no logical reason to assume the evolution of something just ends by itself. Of course, a catastrophe is the thing that can actually interfere with the natural evolution process.

From a human perspective, things are worse. Humans stopped adapting to the environment and started to alter the environment for their comfort. This, from an evolutionary perspective is worse than the alternative. If that synthetic environment fails (i.e. you're out of power and can no longer use AC or heating systems) the consequences are much more drastic because the modern humans no longer adapted to the environment and it is way more likely that they will fail to survive compared to anything living naturally. (As example: humans have now way less resistance to temperature variations than they used to). What humans actually bet on is their ability to keep all artificial environments they created functional and keeping them functional is something tech-dependent. Since technology evolves, there is no reason to think this won't work indefinitely (again, ignoring possible catastrophes).

In support of the un-evolving part: 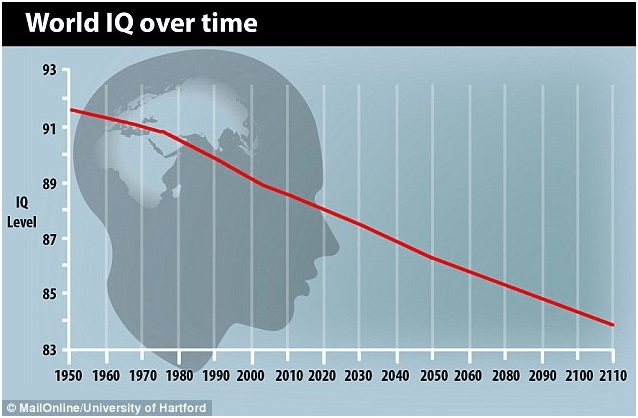 Not the answer you're looking for? Browse other questions tagged time being-and-time or ask your own question.

9
Can we be Boltzmann brains? Or, how can we be sure there is no conspiracy about the past?
2
Is time travel only possible if the world is deterministic?
4
Avoiding McTaggart's infinite regress
3
Can a non linear perception of time be the answer to the apparent contradiction between God's Decree and human free will?
2
Is there a theory in philosophy that time can be reduced to causation?
0
How would a mathematical theory of the universe incorporate time?