What is a non-circular definition of evil?

I am looking for literature on the definition of “evil”.

I have scanned through as many papers as I can, the ones I have read fall in three categories:

Considering the vast literature on the topic, it is most likely that I missed/overlooked papers that may at least attempt to shed light on this topic. Did anybody try to give a non-circular definition of evil, especially considering my concern in (4)?

That isn't what circularity is, though. If we want to define all the terms we use in every paper then we'd be presented with a never ending task (or otherwise actually be circular) because we need to define every word that we use for defining other words, too. Hence setting some terms as given starting points is something that can't be circumvented. Especially considering the goal is not to define terms but to discuss concepts.

The author does not seem to appreciate that the subject is exceedingly subjective. Without justification, he decides what may be considered as not evil.

Many times, ethicists will use moral intuitions in order to examine whether proposed principles work. This doesn't mean that those intuitions are seen as infallible. But some think that we can't just ignore them when discussing. Others may take a foundational stance that put derived principles first or a sceptical approach. It's a matter that is itself discussed f.e. in moral epistemology or just epistemology in general.

And what is wrong with those sub-topics? What if the term "evil" just contains different concepts that need to be differentiated?

Anyway, the SEP has an article about the concept of evil. But you'll find that it also presents discussions of different kinds of "evil". If you're looking for human evil then paragraph 3 and 4 are good overviews. But even there you'll find some things simply assumed or bracketed. This doesn't mean they aren't discussed, it just means they are discussed seperately. For example, moral responsibility and free will is closely connected, so would be metaethics and normative ethics.

For your consideration. The following theologist says (debatably, as you like) as soon as philosophy considers the question of evil it becomes theology. In ideal forms he says being begins in innocence, which is neither good nor evil. It develops crudely, with an element of self-centeredness (taken to a comic extreme as Dr. Evil incarnate). Then Dr. Evil has an epiphany - has a sort of self-death and becomes selfless, good! 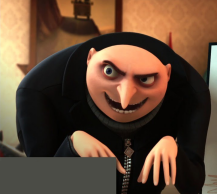 Perhaps evil is the most ultimate of all mysteries. Evil finally defies the comprehension of all our philosophies and theologies, and above all so when it is understood as being quite simply nothingness, and precisely thereby is not finally understood at all. At no point is Western thinking more distant from Eastern thinking than in its refusal of the problem or mystery of evil. In Western thinking, it is as though evil is quite simply an illusion, or at best a pure ignorance, an ignorance or illusion wholly dissolved in pure thinking. As opposed to Eastern thinking, such ignorance or illusion cannot be deep or ultimate, cannot be possible in a purely logical or purely rational thinking. Thereby, too, Western thinking is deeply opposed to the Western imagination, and at no point is Western literature more distinctive or unique than in its centering upon an ultimate or absolute evil, an evil fully opaque to the Western mind, or is so until the full advent of modernity. German Idealism was the first philosophy fully to incorporate the Western imagination, and all too significantly it is in German Idealism that there is first drawn forth a conceptual understanding of the actuality of evil, one decisively occurring in Schelling and Hegel. Heidegger regarded Schelling's Treatise on Freedom as the acme of the metaphysics of German Idealism, a metaphysics which is a "system of freedom" as present in Schelling's treatise, but here an absolute freedom is present only in God, and present only in the becoming of that Godhead that strives against the "darkness" or "evil" of itself. This is a darkness which Schelling can speak of as "that within God which is not God himself" (359), but it is the very ground of God's existence, and one releasing a primordial longing to give birth to itself.

Here, as elsewhere, Schelling is under the deep impact of Eckhart and Boehme, and can even speak of that "Nothing" which has long since been the cross of reason (373 n. 2), a "Nothing" which is the second principle of darkness or the spirit of evil, for it transcends that dark principle that had made possible the original creation. In God, too, there would be a depth of darkness if He did not make it His own and unite it with Himself, and it is this union which makes possible both the love and the glorification of God (399). This is that love which is the absolute freedom of God, but it is finally a human freedom, too, or is so when we exist "in God" (347). Hegel differed most deeply from Schelling in realizing an absolute negativity as the very center of his thinking, a center making possible the first philosophical understanding of the death of God, and while Hegel follows Augustine and Christian tradition in understanding evil as a withdrawal into self-centeredness, he wholly transcends that tradition in understanding this withdrawal as occurring from the beginning in the "externalization" and "alienation" of the Divine Being. For Absolute Being becomes its own "other," thereby it withdraws into itself and becomes self-centered or "evil"; but this is that self-alienation which leads to death, a death which is the death of the abstraction or alienation or "evil" of the Divine Being (Phenomenology of Spirit, 778–80). So it is that Hegel can understand the "Bad Infinite" or Abstract Spirit as the consequence of God's own self-alienation, an alienation which is an absolute self-alienation, and one which is the ultimate ground of all alienation. Hence even in the Science of Logic Hegel can unveil all abstract spirit as "Evil" (I, One. 3, c).

Now it is truly remarkable that so little attention is given to evil in Western philosophy. One could search in vain in our philosophical dictionaries and encyclopedias for a serious treatment of evil, and in the twentieth century (as opposed to the nineteenth century), no major philosopher has even examined the question of evil as such. This is despite the fact that, in our common understanding, evil has never been so incarnate as it has been in the twentieth century. So, too, the twentieth-century imagination has far more profoundly and more comprehensively been immersed in an absolute evil or abyss or nothingness than all previous expressions of the imagination. Whereas Dante's Inferno is inseparable from the Purgatorio and the Paradiso, and Milton's Paradise Lost is inseparable from an apocalyptic redemption, the redemptive moments of a uniquely twentieth-century imagination can only be realized in the depths of darkness or abyss. Is our darkness so deep that it defies all conceptual understanding whatsoever, and is this the reason why the question of evil is perhaps our most forbidden question, that very question which embodies a truly apocalyptic darkness?

Finally, the question of evil is inseparable from the question of the origin of evil. The Christian symbol that most clearly illuminates this question is the felix culpa or the "fortunate fall," one deeply reborn in the very advent of modernity, as epically enacted in Paradise Lost. Here, only an original fall makes possible redemption, or an apocalyptic redemption, and not only an original but a total fall, a total fall whose dialectical correlate is a total redemption. This is a symbolic core underlying Hegel's dialectical philosophy, too, for only an original or primordial self-negation or self-emptying of Spirit makes possible the evolution or self-realization of Spirit itself, one wholly alienating Spirit from itself, as the "in-itself" and the "for-itself" of Spirit become wholly divided and self-estranged, and yet this is the very condition that makes possible a reconciliation of Spirit with itself. This is the reconciliation that Hegel could know as "theodicy," and an absolutely necessary theodicy, one wherein "evil" or an absolute self-division and self-estrangement are absolutely necessary for apocalypse. This apocalypse is the absolute transfiguration of Spirit, one wholly and absolutely transcending the totality of an original or primordial Spirit, and only the self-negation or the self-emptying of that totality makes possible such an absolute transfiguration of Spirit itself.

The psychiatrist M. Scott Peck in trying to construct a "psychology of evil" provides a "working definition" that he illustrates with case studies: (page 43)

Evil, then, for the moment, is that force, residing either inside or outside of human beings, that seeks to kill life or liveliness. And goodness is its opposite. Goodness is that which promotes life and liveliness.

The great Jewish theologian Martin Buber distinguished between two types of myths about evil. One type concerns people in the process of "sliding" into evil. The other concerns those who have already slid, "fallen victim" to and been taken over by "radical" evil.

In the first type, guilt allows one a chance of escape. These people might be helped with psychotherapy. In the second type, the "lie" takes over and conscience is no longer felt. These people may not be able to be helped.

As one illustration of evil Peck relates the story of Bobby who at fifteen stole a car and was arrested. He was a normal teenager prior to his older brother's suicide with a 22-caliber rifle. Afterwards he became depressed. In this state of depression, in spite of his request for a tennis racket, his parents gave him as a Christmas present the rifle his brother used to commit suicide.

The parents were ordinary, working class people who did their jobs well.

Did anybody try to give a non-circular definition of evil, especially considering my concern in (4)?

To not miss the significance of evil it might be better to focus on the everyday actions of ordinary human beings, our own actions and the actions of those around us, rather than unusual natural events causing damage.

Peck's working definition of evil as that which "seeks to kill life or liveliness" is non-circular. It may help provide a way to identify the presence of evil around one so one can better protect oneself.

Not the answer you're looking for? Browse other questions tagged ethics good-and-evil problem-of-evil or ask your own question.

0
What does it mean for something to be “evil”?

24
Are there any non-divine objective standards of good/evil?
2
What happens when evil realizes it is evil?
4
Is evil a necessity?
0
What does it mean for something to be “evil”?
2
Problem with origin of evil
1
What is a good book on the topic of evil in Buddhism?