Why's an acorn's Formal Cause "structural potential to become an oak tree"?

According to Aristotle, the concept of "causation" has to be understood in four different senses.

They continue with my emphasis in bold below:

The material cause is that out of which something is made or constructed; the formal cause refers to its internal structure; the efficient cause is that external agency from which the thing comes or originates; the final cause is the goal, function. or pur- pose of a thing.

When Aristotle applied this understanding of the four causes to man-made objects his analysis went as follows. A table, for example, is made of wood (material cause); it has the shape or form of a series of rectangles (formal cause); it was produced by a carpenter (efficient cause); and its purpose is to serve as a surface for such activities as eating and writing (final cause). The same analysis can be applied to natural objects. For example, in the case of an acorn, its material cause is the organic substances that compose it; its efficient cause is an oak tree, namely, the parent oak tree; its formal cause is its structural potential to become an oak tree; and the final cause is to become another oak tree. 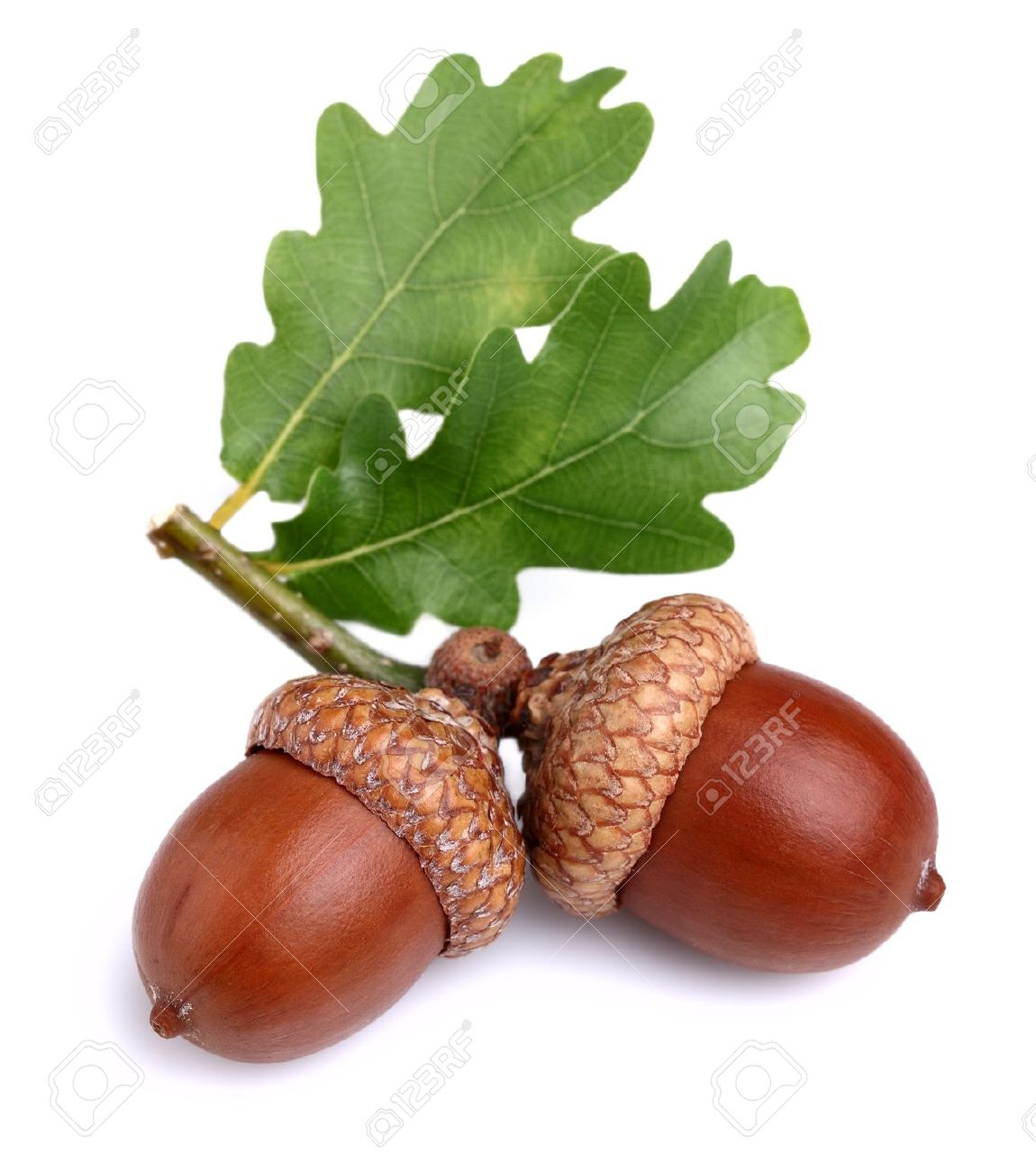 I donâ€™t think the Capaldi and Smit book is consistent in examining the formal cause. Their definition is, â€śthe formal cause refers to [an objectâ€™s] internal structureâ€ś. Their example is, â€ś[the wood] has the shape or form of a series of rectangles â€ś. These two statements do not necessarily mesh with each other.

The question is Why's an acorn's Formal Cause "structural potential to become an oak tree" rather than its physical shape?

Capaldi and Smit write that "the formal cause refers to its internal structure". Giving them the benefit of the doubt, "internal structure" may include the seed's shape and is a way to describe what an acorn is.

To try to get other information about the idea of a formal cause, consider how Andrea Falcon describes the four causes as "four types of things that can be given in answer to a why-question":

Although Falcon also refers to a formal cause as a "shape", it is more generally described as an "account" of what something is. In the case of a seed, one can imagine that its formal cause could be the "structural potential to become an oak tree". 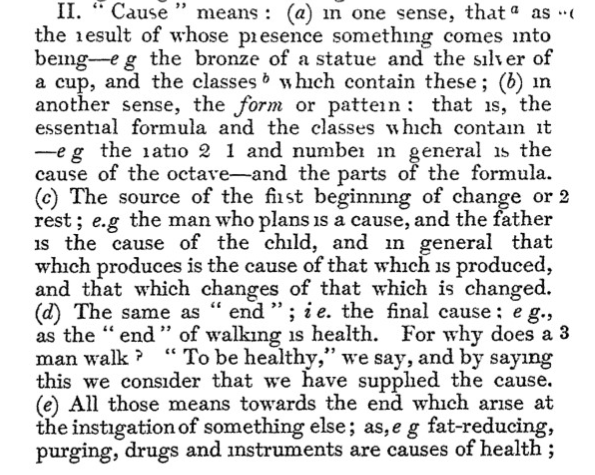 Aristotle decribes the formal cause as a "pattern" or "essential formula". Note that for Aristotle it does not have to be a "shape". It could even be "the ratio 2 1 and number in general is the cause of the octave--and the parts of the formula".

The formal cause may be more than the physical shape of the acorn. The "structural potential" of the acorn does describe what this seed is: it is something that could become an oak tree which would be its final cause.

Not the answer you're looking for? Browse other questions tagged aristotle causation or ask your own question.

14
Does science reject Aristotle's final cause?
2
Causality in physics and Aristotles classification of causality
5
Please contrast Aristotle's 'material' vs 'formal' aitia
4
Is the Matrix Platonic or Aristotelian?
3
Do Aristotle's four causes just work in "middle world"?
2
Aristotle's material causes: How deep should we go?
3
What if anything does Aristotle's formal cause actually explain?
5
Contextual meaning of a philosophical text
2
How is 'social meaning of an action' a human action's Formal Cause?
1
Understanding the Four Causes of Aristotle