How is 'social meaning of an action' a human action's Formal Cause? 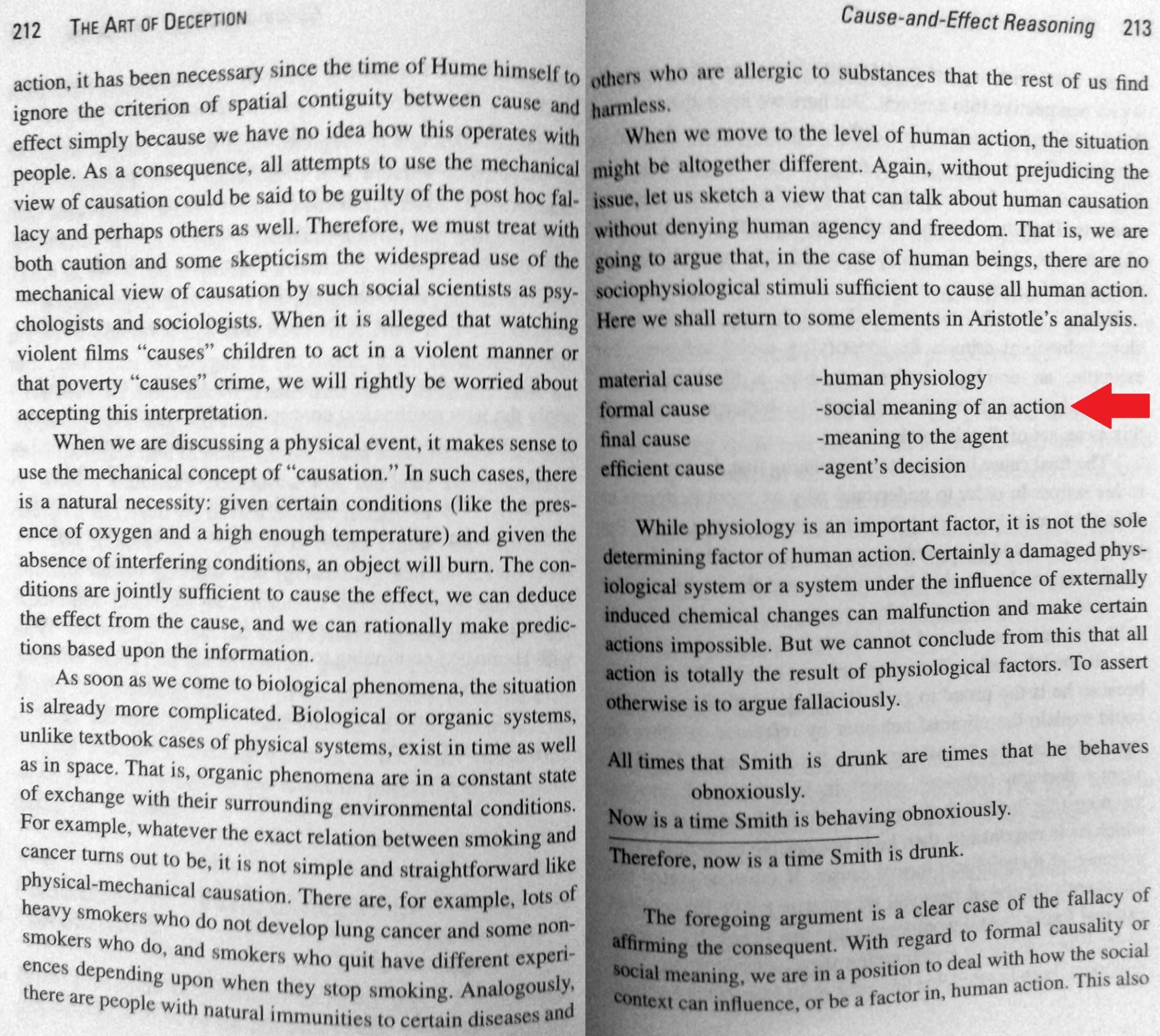 This will serve as a rough account. You will be able to see that the formal cause in this account has to undergo drastic transformation if it is to identify with Capaldi's 'social meaning of an action'. Capaldi is stretching Aristotle beyond anything Aristotle would recognise as a formal cause.

To be constructive, however, what kind of case can be made ? One could say that the formal cause gives the 'essence', the defining feature, of the thing. The lump of stone can be classified by virtue of its form (structure) as a statue of Hermes. This is what it essentially is. In a kind of loose parallel, the social meaning of an action is the essence of the action, its defining feature. By virtue of its social meaning it is an act of greeting, say, rather than of insult or indifference.

I would not put Aristotle's language to Capaldi's use but if he chooses to appropriate Aristotle in this way, doubtless he has his reasons.

Note that Capaldi and Smit are discussing "human actions" and not statues or acorns. We should still be able to come up with explanations, or causes, for these as well.

Andrea Falcon describes a formal cause as “the account of what-it-is-to-be”.

A formal causes tells us what the human action is. This "what" could be described as the "social meaning" of that action.

Not the answer you're looking for? Browse other questions tagged aristotle causation or ask your own question.

3
How do Aristotle and Hobbes differ in their conceptions of the human good?
4
How does one cause impede the action of another cause?
2
How does additive interference cause causation to fail?
3
What if anything does Aristotle's formal cause actually explain?
5
How are the actions of conscious beings interpreted in terms of cause and effect?
3
Why's an acorn's Formal Cause "structural potential to become an oak tree"?
1
How does Aristotle argue for his claim that all humans are essentially social/political?