Authors on Truth over Illusion to achieve happiness

It is accepted that white lies and creating fantasies is sometimes needed to deal with psychological pain specially with children. Sometimes reality is hard to deal with therefore people tend to create complex systems of believes or borrow new existing ones which may have or may have not a scientific basis as for instance religions. The problem with illusions is that sooner or later an unexpected event could wake up from that dream therefore you will suffer again.

Perhaps that process of illusionment/disillusionment can lead you towards more suffering therefore It could be much more appropriate to be realistic about life in the fist place in order to prevent grief and sorrow. Nevertheless not everybody is ready to accept the truth specially when you are emotionally attached to an idea because if you are wrong you would be emotionally devastated.

In some cases truth can help you let of go of pain. E.g. "visiting a therapist and telling lies won't help, however telling the truth to identify the problem can make you evolve personally or even sort it out". Another example could be "visiting a priest to confess your sins". Sometimes not being able to accept the truth about some facts of life or self-deception can lead you towards suffering. e.g. "A model who thought her looks would last forever", "somebody who thought a loved one would never die or never leave"

Are there any remarkable authors and books who believed that truth and being realistic about life could be a better approach in the long run to achieve happiness?

“There are only two mistakes one can make along the road to truth: not going all the way, and not starting.” Buddha? 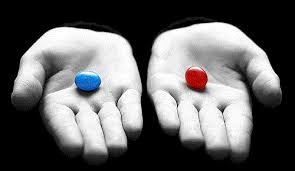 A number of ancient Greek philosophies explored very different variations on this basic concept. The Stoics, for example, were very focused around accepting the world as it is, not as you wish it to be.

Conversely, Plato taught that the most important thing is to see past the illusions of the world as we perceive it to the Greater Truth beyond. Notoriously, Plato believed it was OK to tell people things that were not factually accurate, as long as they brought them closer to Greater Truth.

So both schools of thought believe that truth must win out over illusion, but their conceptualizations of "truth" and "illusion" are quite different from each other --perhaps even directly contradictory.

Only one brand of philosophy examines truth in this way as a means to ending suffering and it has a vast literature. The Buddha is an obvious recommendation. Other names would be Sri Ramana Maharshi, Osho, Aurobindo, Rupert Spira, Plotinus, Gurdjieff, Alan Watts, the Dalai Lama. The list is endless and which you'd like or find most useful is not predictable. Perhaps the Baghavad Gita would be a way in as it has been for many. The present Dalai Lama writes simply and clearly for Westerners.

The idea is simply that if we examine our consciousness we discover that the sufferer is unreal. Thus from such an examination the Buddha arrives at the 'Four Noble Truths'. This would be a consequence of the pursuit of Truth and the victory of Truth over illusion.

Generally what you're asking about is the literature of advaita Vedanta, Buddhism, philosophical Taoism, Sufism and so forth. They all share the same view of suffering. The self is what suffers but would not really exist.

To recommend a specific author is difficult since we're all different and coming from different places. Good luck with your research. With perseverance and luck you'll discover, so they say, that suffering doesn't really exist.

Are there any remarkable authors and books who believed that truth and being realistic about life could be a better approach in the long run to achieve happiness?

Yes, this is the fundamental philosophy of Jesus. Naturally, in Jesus' view eternity is the long run, God exists, and God rewards those "diligently seek him".

Here are some words attributed to Jesus:

Blessed are the poor in spirit, for theirs is the kingdom of heaven.

Blessed are those who mourn, for they will be comforted.

Blessed are the meek, for they will inherit the earth.

Blessed are those who hunger and thirst for righteousness, for they will be filled.

Blessed are the merciful, for they will be shown mercy.

Blessed are the pure in heart, for they will see God.

Blessed are the peacemakers, for they will be called sons of God.

Blessed are those who are persecuted because of righteousness, for theirs is the kingdom of heaven.

31
What is the difference between Fact and Truth?
3
What philosophies cover this subject of life not being fair?
2
Wanted: literature on the ethics of creating a fake world (The morality of God)
3
Why does striving to achieve my goals make me suffer so?
0
Authors that wrote on how to look for the truth efficiently?
6
Wanted references to the Phillip K Dick Total Recall (1990) paradox