I'm trying to go about solving this problem but I'm having problems even knowing how to approach it. Can someone help me to set it up? 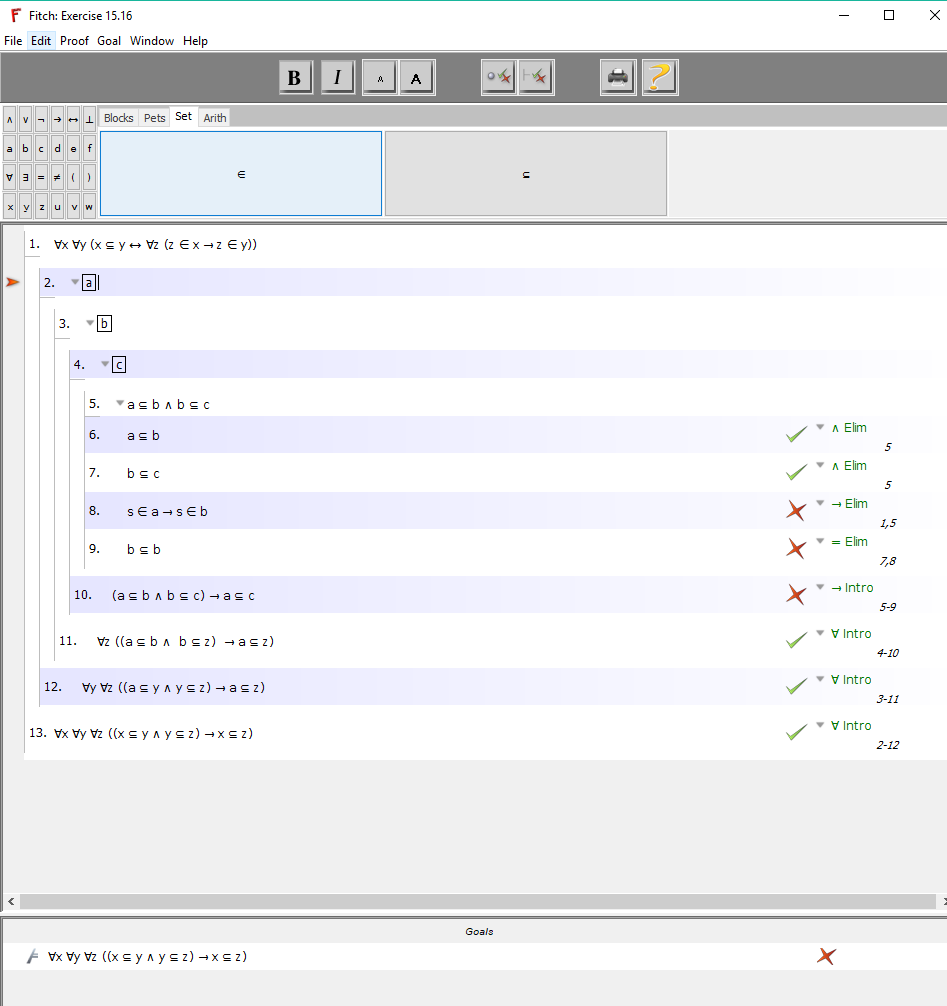 Your premise is a definition for the subset relation. Your goal is the property of transitivity. You should recognise them, although knowing this not needed for this problem.

Anyway. Your obvious first step is to set up Universal Introductions ... and let's do a Conditional Introduction while we're at it. (Note: Some proof checkers allow you to combine these steps)

To obtain equivalences for those three subset statements, use Universal Elimination on the premise a few times.

Everything then meets at the middle with a sub-proof for the constructive dilemma.

The premise defines what it means for one set to be a subset of another in terms of elements of those sets. Since the goal has three subset relationships use universal elimination three times to derive the following three lines from the premise:

In the above a, b and c are names for sets and s is the name for an element of a set.

This is the antecedent of the goal. We need to derive the consequent: a ⊆ c

Use conjunction elimination to break up the assumption into two lines:

Use conditional elimination or modus ponens to derive these two lines:

Make an assumption: s ∈ a

Discharge that last assumption by introducing the following conditional:

Use that to derive a ⊆ c. Now you can discharge the first assumption made by introducing the following conditional:

That should complete the proof.

Not the answer you're looking for? Browse other questions tagged logic proof fitch or ask your own question.