Does it mean that argument from ignorance can be non-fallacious?

Particular type of "argument from ignorance" is "absence of evidence is evidence of absence."

I have proof that it's in fact true. 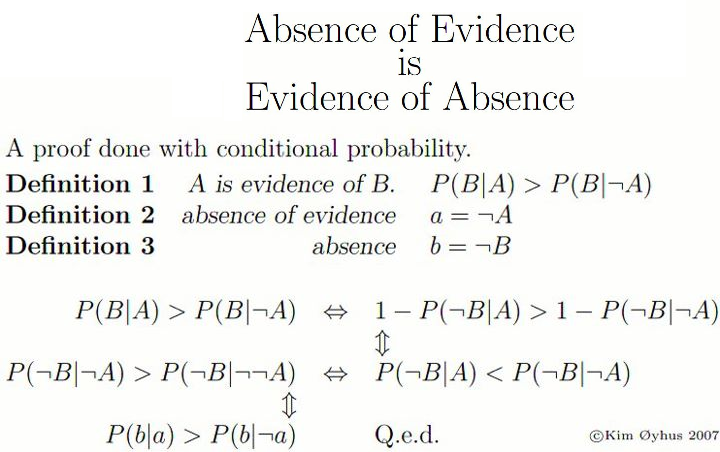 Does it mean that argument from ignorance can be right?

If not - why? And if yes, then how do we know when it's fallacious and when it's right?

P.S. Replaced "valid" with "non-fallacious" in the title.

I think at least in your titular question, you're mangling terms in a way that is unhelpful.

In logic and critical thinking, valid refers to when a deductive argument is such that if all of its premises are true, then its conclusion must be true (there are other similar but more exotic formulations -- e.g. must be constructable as a model -- but those don't change the point here).

Fallacy is term with two meanings that are both "errors of reasoning." Deductive fallacies are known forms where an argument is presented as deductive but is not valid. For instance,

Such errors are damning to any argument that presents itself in that way.

"fallacy" has a second meaning which refers to bad reasoning in an informal sense. "appeal to ignorance" is an informal fallacy of this short.

"Fallacy" as used in the latter sense doesn't automatically decide whether someone has committed an error that destroys the argument. Instead, it often devolves into an argument about whether the claim in question is fallacious to use in that context -- since it is not definitely an error in formal reasoning.

Given this, it's unsurprising that one can find an argument which appears to use the fallacy and prove something correctly. This doesn't disprove that it's possibility to fallaciously confuse absence of evidence with evidence of absence. It merely proves that the fallacy is informal. And in all likelihood proves that when applied to a controversial case that people will find grounds for disagreement.

After thinking about it I think the answer is following:

Not the answer you're looking for? Browse other questions tagged fallacies probability or ask your own question.

28
When is absence of evidence not evidence of absence?

5
Is “God does not exist; therefore, the argument for God's existence is not sound” fallacious?
8
Asymmetries in two opposite arguments from ignorance
6
Is there a term for the absence of evidence fallacy with regard to scientific falsification?
2
Having trouble with “Argument From Ignorance” fallacy?
5
Popper vs the Argument from Ignorance
1
Is logical fallacy different from logically false?
7
Can an argument be formally valid with sound premises and still be informally fallacious?
5
Is it scientific or a logical error to claim something is true because I can't think of another explanation