Socrates was blamed of this by being wrongly interpreted of saying: "I know that I don't Know." or other variants. What he really said was: "I neither know nor think that I know."

I then began to wonder which other philosophers have been wrongly charged with this fallacy (even implicitly), or have not been charged, yet are guilty of it?

Habermas is quite famous, and forceful, with the claim: 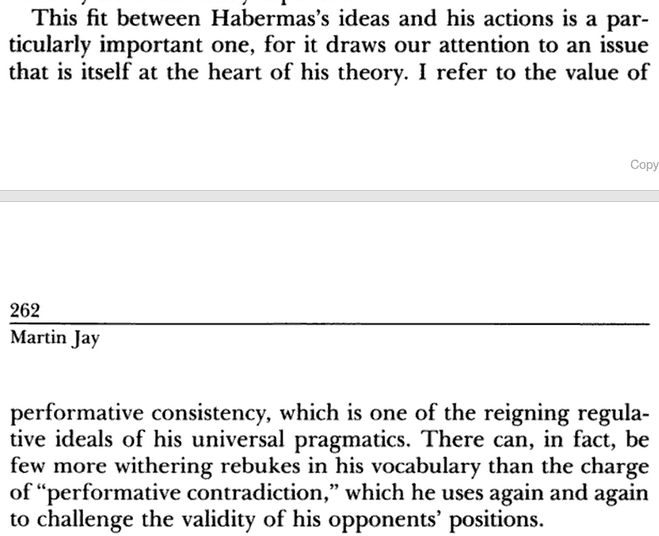 Not the answer you're looking for? Browse other questions tagged logic socrates or ask your own question.

3
Do human thoughts interact with matter?
5
Is mathematics a mental idea?
2
What are some examples of x=f(x) type questions

18
Can a lack of knowledge or understanding invalidate a positive claim?
0
Irony in Friedrich Nietzsche?
3
How can there be order without intelligence to understand it?
3
Confusing name-dropping --- Is Socrates known to have walked in a garden with his "pupils"?
2
Please expose how Socrates subtly Appeals to Pity
1
Someone said argument A, the other heard argument A', is that a fallacy?
5
"The beginning of wisdom is the definition of terms." - Socrates?
1
What kind of fallacy or false logic is this?
4
Presenting an example, then claiming the other person needs more information before using the same example - is either of us making a fallacy?
1
Informal fallacies and their fallacious nature