The USA is leading country in military expenditure in the world. To match what the USA spends you have to add up the budget of the next 11 countries on the list combined. ref here

The USA is not just the most militaristic nation on earth but also the first world cultural superpower. The whole world is flooded American films, music, news, fashion, architecture, foods, etc. Even American English is the international language nowadays. In most mainstream literature and art this country is generally portrayed as the hero country of the world givers of freedom and capitalistic prosperity. It's rare to find cases in which the Americans are portrayed as villains not even in non-American films.

In history American culture (mainly Hollywood) has tried to offer an unrealistic vision of the world through art and propaganda which antagonises those considered enemies or apathetic to their Anglo-capitalistic agenda whose distortion of reality still remains up until today. ex. (Native Indians, African slavery, Socialism, Communism, Spanish-American war, The Japanese during WWII, the Vietnam war, The Russians, The Iraqis, The Iranians, etc.)

The relationship between culture and military power is nothing new. The Romans took a great deal of culture from the Greeks and the Roman Empire influenced culturally not just their colonies but neighbouring areas.

Are there any books, films authors etc who ponder on how culture is power and vice-versa? 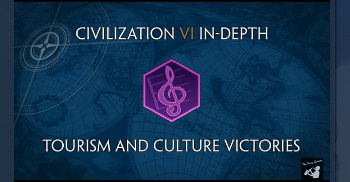 The connection between culture and power is seems to have been taken for granted in the ancient world(s): Plato, Aristotle and Confucius all wrote extensively on the importance and the influence of culture (considered broadly) in the political realm.

2
Is Culture a Subset of Nature or Vice Versa?
11
What is Kant's effect on modern culture, beyond philosophy?
1
Does Cartesianism really affect our present-day culture?
5
Who still defends the concept of "end of history"?
1
Authors on the Philosophy of Ancient Egypt
2
Can a culture exist without icons?
2
Who was the first philosopher to build a comprehensive philosophy around the concept of power?
1
If power corrupts, why are we, the general population, so trusting in our leaders?