A little over a year ago, I took a political philosophy course, and am currently reviewing some notes and the texts. Keeping in mind that I have no other background in philosophy, I wondered if anyone could recommend a good place to pick up from and keep learning about the subject. I'm certainly willing to venture into other areas of philosophy as well.

For reference, through the class I read Plato's Republic, most of Aristotle's Politics, Machiavelli's The Prince, Hobbes' Leviathan, and selected essays by Kant and Marx. Through Kant, I felt like I was reasonably able to keep up, but with Marx, although my professor assured me I understood the basics well enough for the class, felt like quite a stretch to understand, like we had skipped important background info (and I remember Hegel being mentioned in his writing frequently). I'm certain Plato's political ideas aren't solely contained in that text, and wondered if I should start by going back and reading other of his or Aristotle's works, then moving forward, or if not, then what a good next step would be given that I have familiarity with these particular writings.

I think that, basically, what I'm asking is this: are there major gaps I need to fill to even make sure I have a grasp of these, or can I move on? And if I am to move on, who or what could I read and understand given this background, that would also help me build a larger base to keep studying from there?

John Locke was a philosopher who's commonly known as the father of liberalism. Another important figure from that period was Jean-Jacques Rousseau.

Of course, there are many others to consider...List of political philosophers

Are there major gaps I need to fill to even make sure I have a grasp of these, or can I move on?

You said you took this course over a year ago. So it sounds like you have a genuine interest in political philosophy and want to expand on what you learned in your course.

If you want to learn what others have written about political philosophy, then you're on the right track. But if you really want to understand "politics," there's no substitute for experience (combined with studies).

I've been involved in political activism for some time, and my experiences definitely influence my thoughts about philosophy, which I began studying just a year or two ago. I occasionally read things written by famous philosophers that really resonate with me. (I just recently discovered that Machiavelli wrote a "book" about conspiracy!) But, of course, there are other things I don't agree with. And there are many philosophical ideas that simply don't make sense to me.

Part of the problem is the fact that the world has changed so much. If Locke, Rousseau and Karl Marx were alive today, they'd probably do a backwards somersault over global population growth, the scale of modern warfare, the Internet and social media, and on and on.

In fact, there are few major philosophical figures who had much to say about the environment (to my knowledge). Reading a novel by Edward Abbey or Aldo Leopold (Desert Solitaire and Sand County Almanac were my bibles when I was in college) will probably give you more enviro-philosophical insights than the combined writings of every major philosopher from Plato up to the early 20th century.

Perhaps I should make an exception for Jean-Paul Sartre (1905-1980), a popular French philosopher associated with existentialism. He was a huge fan of Che Guevara, which makes him a bit of a maverick. Albert Camus (1913-1960) was another French philosopher commonly associated with existentialism, though he preferred to call himself a student of absurdism.

So what should we do in the face of a universe that makes no sense, commit suicide? "No!" said Camus - "We should revolt." (I'm paraphrasing.)

But how can you understand mammals if you live on a tropical island inhabited only by birds? A combination of life/political experience and philosophical studies have given me insights into the ideas of famous politicos, good and evil, from Che Guevara to Obama, Adolf Hitler to Genghis Khan.

In summary, if you really want to understand political philosophy, you need to get out in the real world and observe what's going on. Don't just study philosophers' writings; walk in their shoes. Discuss politics with a variety of people - working class stiffs who are working two or three jobs to pay the rent, yuppies and homeless people. If you really want your eyes opened, run for public office. Even a lowly school board campaign in a major city can be a mind-boggling experience.

To be brutally blunt, most of the people who discuss political philosophy on forums appear to me to be armchair philosophers with very little life experience. It really shows in their comments.

One of my favourites:-

In this text, the author argues that the group, not the individual is the most fundamental reality in society. Political theorists should realize that the group is the state of nature and that civil society is the product of the individual's attempt to develop a sense of self. 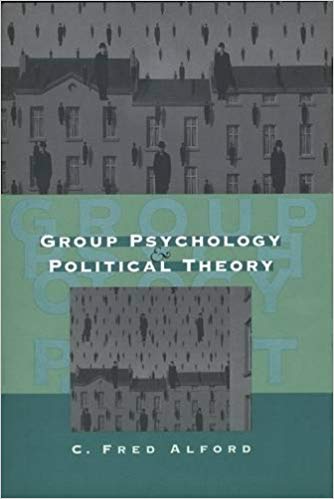 I'm not an expert, but here is my answer anyway. I should note that I answer draws from a Western philosophy perspective.

I think it helps to have a broad historical overview of philosophy and an idea about its interactions with (European) history and religion. See aso another answer on SE. You don't need much knowledge but it helps. This could include Plato's politeia, Aristoteles politica, Augustinus, Thomas of Aquino, Machiavelli, More's Utopia, Hobbes' Levithian, Locke, Montesquieu's l'esprit des lois, Rousseau, Kant, Bentham's principles of morals and legislation, Mill, Hegel and Marx.

There are philosophers in the continental part of philosophy that have written about political philosophy.

In the English-speaking world:

Equality is a topic in political philosophy. Some works about this are:

About the connection between Hegel and Marx: For historical context, it helps to know that Hegel was born in 17770 in Prussia, was 19 years old when the French Revolution happened, and experienced the Napoleon period. Hegel had a philosophy about history. According to Hegel, human kind is subject to dialectical developments. He saw this as a process of 'thesis-antithesis-synthesis'. Hegel saw his own historical period as a synthesis, an endpoint in history (a bit like what Fukuyama said about democracy and liberalism after the Cold war). Marx saw history as a process unevitably developing to communism.

Hegel saw this unfolding of history as a development of 'spirit of the age' (zeitgeist), while Marx saw it more as a development of matter. That's why Marx is considered a 'dialectical materialist'. Note however that there isn't a extensive explanation of this by Marx. The application of the dialectic on the processes of nature was more due to Engels, followed by Plechanov and Lenin.

Not the answer you're looking for? Browse other questions tagged history-of-philosophy political-philosophy or ask your own question.

2
Is it advisable to study political philosophy without having a firm & detailed acquaintance of European history?

11
What are the "essential/core" texts any student of philosophy should have read?
2
Is it advisable to study political philosophy without having a firm & detailed acquaintance of European history?
3
Greek political philosophy and theory?
4
The future of my philosophical understanding and methods for getting there
4
Does Burke's political philosophy actually endorse a kind of totalitarianism?
2
An alternative foundation for political philosophy?
2
In what order should I read The Republic, Aristotle's Politics, and The Prince?
3
What does Machiavelli say about friends of my enemies?