Can certain knowledge be experienced without words?

This question has been framed from a reading of Ruth Lydia Saw's book, "The Vindication of Metaphysics", (Macmillan, 1951). It's being termed, the 'parrot' example from pp.50-52. Saw poses a very acutely rendered question concerning whether and what sense can be made of Spinoza's insistence that understanding, that is certainty or truth value, is not comprised of words. So the question, expanded, becomes, is there anything in one's personal experience which one can know for certain and about which one entertains no doubts as to its certainty, but which 'you' cannot express in words? CMS

A corker of a question ! Then to begin an answer ...

Knowledge without words (1) - the math. example

Nineteenth-century German mathematician Carl Friedrich Gauss used to joke that he could calculate before he could talk. Maybe it was no joke. Recent work casts doubt on the notion that language underlies mathematical ability and perhaps other forms of abstract thinking. Writing in the March 1 Proceedings of the National Academy of Sciences USA, scientists from the University of Sheffi eld in England describe impressive mathematical abilities in three middle-aged men who had suffered severe damage to the language centers of their brains. “There had been case studies of aphasics who could calculate,” says study co-authorRosemary Varley. “Our new take was to try to identify roughly parallel mathematical and linguistic operations.” Varley and her colleagues found that although the subjects could no longer grasp grammatical distinctions between, say, “The dog bit the boy” and “The boy bit the dog,” they could interpret mathematical formulas incorporating equivalent structures, such as “59 – 13” and “13 – 59.”

The researchers found ways to pose more abstract questions as well. For instance, to investigate the subjects’ understanding of number infinity, they asked them to write down a number bigger than 1 but smaller than 2, using hand motions for “bigger” and “smaller” and a flash of the eyebrow, indicating surprise, for “but.” Then they asked the subjects to make the number bigger but still smaller than 2 and to reiterate the procedure. The subjects got the answer by various means, including the addition of a decimal place: 1.5, 1.55, 1.555 and so forth. (Philip E. Ross, 'Math without Words', Scientific American , Vol. 292, No. 6 (JUNE 2005), pp. 28-30: 28.)

It appears quite in order to say that the aphasics have some mathematical knowledge while ex hypothesi they have no knowledge of, or capacity to use, language. This is, I suggest, one case of 'knowledge without words'.

But is there any such thing as certain knowledge? If there isn't we can't have such knowledge with or without words (or better: language).

What is the connection between knowledge and certainty? The question is vexed, in part because there are at least two distinct senses of "certainty". According to the first sense, subjective certainty, one is certain of a proposition if and only if one has the highest degree of confidence in its truth. According to the second sense of "certainty", which we may call epistemic certainty, one is certain of a proposition p if and only if one knows that p (or is in a position to know that p) on the basis of evidence that gives one the highest degree of justification for one's belief that p. The thesis that knowledge requires certainty in either of these two senses has been the basis for skeptical arguments. For example, according to one kind of skeptical argument, knowledge requires epistemic certainty, and being epistemically certain of a proposition requires having independent evidence that logically entails that proposition. Since we do not have such evidence for external world propositions, we do not know external world propositions. According to another kind of skeptical argument, due to Peter Unger (1975), knowledge requires subjective certainty, and we are never subjectively certain of any proposition. So, we never know any proposition. (Jason Stanley, 'Knowledge and Certainty', Philosophical Issues, Vol. 18, Interdisciplinary Core Philosophy (2008), pp. 35-57: 35; Peter Unger, Ignorance, Oxford: OUP, 1975.)

'The highest degree of justification' of belief involves, so far as I can see, that one's belief is immune from error.

It would be a big mistake, the marching down a bypath, if we considered whether there is certain knowledge in this second sense. The precise question at issue is not whether we have such knowledge but whether such knowledge, if it were possible, could be had without words (or language).

Without words (3) no certain knowledge

'According to the second sense of "certainty", which we may call epistemic certainty, one is certain of a proposition p if and only if one knows that p (or is in a position to know that p) on the basis of evidence that gives one the highest degree of justification for one's belief that p.'

Charles M. Saunders has made a highly interesting and valuable comment:

... any logical assertion which attempts to answer this question relies solely on words. This method does not seem to be adequate for 'describing' certainty without words. (Full comment below.)

This has triggered the following line of thought. 'Can there be certain knowledge without words?' There is a rock bottom problem in answering this question. We are using language to ask about the state of mind of X, who does not have a language. X cannot answer this question, since X lacks language. But can we answer it? To do so we would need both a language (which we have) and also access to the non-linguistic consciousness of X, in order to establish whether X has certain knowledge. We would need to describe X's consciousness, which seems impossible since we can never compare X's non-linguistic consciousness with our linguistic description to tell whether our description is correct.

The idea that knowledge or belief or learning has to be decomposable into sentence-sized gobbets is probably an illusion of anthropomorphism - Daniel Dennett, Intuition Pumps and Other Tools for Thinking

Chimpanzees who are very knowledgable about politics in their bands often switch allegiances when the political winds shift. Sometimes a loyal supporter of an alpha male will participate in a coup and beat and or kill the alpha male if the alpha male abuses his power. (Chimpanzee Politics: Power and Sex Among Apes by Frans de Waal) Do chimps use words natively?

Conscious experience is largely pre-linguistic. Very young children experience the world, and function in it without the use of words. (Psychology of the Child by Jean Piaget)

A very simple model of having knowledge that is both linguistic and not is that of Gilbert Ryle, who distinguished between knowing-how and knowing-that. (The Concept of Mind by Gilbert Ryle)

Must you refer to a proposition in order to know how to tie your shoe? Or confer with your memory? CMS – Charles M Saunders

One might convey information to others or from others through statements. I routinely give my 4-year old knowledge-that so she may develop her knowledge-how. But the use of knowledge-how can be conducted without linguistic knowledge-that. Ultimately, one needn't invoke propositions to do things. This is obvious to anyone who has ever been in a fistfight. One doesn't reason through blows. In fact, many professional knowledge-how-ers (think athletes) struggle to "keep their minds clear" during performance.

As to the second question, the question is begging. If one conceptualizes memory activation as "conferring", then it presupposes an analogy to proposition exchanges. Conceptual metaphors are quite natural but can be misleading. To avoid being duped by the presupposition, one need only use literal language. When activating memory, is language a requirement? It's an empirical question, and the answer is no; there's even a term for types of memory activation that bypass language: muscle memory.

Kabir is a medieval mystic poet, a rare exception of one revered and dear to Hindus and Muslims alike.

I was hearing the great maestro Kumar Gandharva render this Kabir song.

Sorry if too cross-cultural to be accessible — He sang with only one functioning lung!!

Living within this phantasmagoria of visions called 'world'
When the time comes alone will the swan (soul) fly away from this carnival.

Kabir, (author) the servant of God, praises Him and beseeches:
A quick audience with Thee O Lord!

Each to his own karma:
The guru to his and the disciple to his.

Can this experience of meditation on ones own death ever be communicated to another in words? Note particularly the axiomatic solitariness in the last line

Is there anything in one's personal experience which one can know for certain and about which one entertains no doubts as to its certainty, but which 'you' cannot express in words?

The word 'knowledge' sometimes refers to the awareness or familiarity gained by experience of a fact or situation.

When we express something in words, we usually compare them with some similar things, situations etc. Though some feelings cannot be expressed in words we somehow convey them using words and gestures.

When knowledge refers to awareness, certain terms (or experiences) like the ultimate truth, beingness etc cannot be expressed in words. Some eastern philosophies treat some such things not as a mere knowledge as we usually acquire but Darshans. So there is no need to doubt its certainty.

Please watch this video and confirm whether this personal experience conveyed clearly. The Ultimate knowledge about the Ultimate truth must be incomparable. Since incomparable 'knowledge' can't be understood by comparing with other knowledge/ideas, it can't be expressed in words.

Since it is there, 'behind' our mind, this knowledge emerges before our mind works. So it is without words. 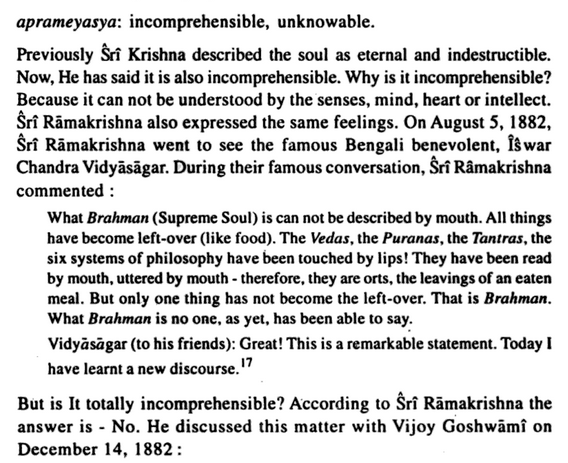 3
Can knowledge exist without structure?