The Stanford Encyclopedia of philosophy states that -

"Because abstract objects are wholly non-spatiotemporal, it follows that they are also entirely non-physical (they do not exist in the physical world and are not made of physical stuff) and non-mental (they are not minds or ideas in minds; they are not disembodied souls, or Gods, or anything else along these lines). In addition, they are unchanging and entirely causally inert — that is, they cannot be involved in cause-and-effect relationships with other objects"

But instantiations of any form belong to that form according to proper platonism, so why aren't the "non physical" forms considered causally effective by modern Platonists?

The relationship between abstract objects and platonic forms is obviously difficult, as is the relationship between modern (specifically mathematical) platonists and adherents of Plato's philosophy of forms. While the latter may seem to have a bigger problem denying the causal efficacy of forms (per your argument) I am not sure whether the mathematical platonists (or philosophical platonists modelling their platonism on the mathematical one) cannot also be maneuvered into problems concerning their claim of the causal inefficacy of abstract objects.

https://plato.stanford.edu/entries/abstract-objects/ points out the problem in claiming "that abstract objects are distinctively neither causes nor effects", simply because abstract objects like novels "come into being as a result of human activity." So there seems to be a clear one-way causal efficacy that the mind has in creating abstract objects/artefacts. If you now consider what happens if you read such a work, then (at least from a platonist perspective) the abstract object that is Dante’s Inferno causally interacts with your mind via its instantiation (your copy). So in that sense the causal efficacy of abstract objects (or forms) could be argued for.
I am sure that specifically non-platonists would want to deny that this kind of "interaction" can be considered causal in nature, but I am not quite sure what their main argument would be.

As I understand, this question: a) pertains to modern Platonists' thinking, and b) has a false assumption behind it.

I'm going to take a chance and make an assumption of my own: if I succeed in explaining (b), then (a) becomes a moot point. If, however, you want to know (a) even if it's hypothetical -- you don't need to read any further.

The false assumption (mentioned earlier in the comment by polcott) is about abstract objects exiting in their own realm as the non-physical timeless forms. And in Plato days it was perfectly reasonable to envision this kind of magical cloud storage for concepts. In purely design terms was is way more efficient than the actual implementation. Unfortunately, we cannot ignore the fact that it needs magic to work, not anymore.

The recent advances in Artificial Intelligence accidentally shed the light on the most mysterious aspects of the human psyche -- emotions, intuition, consciousness, qualia -- things that we perceive as magical or supernatural. Now we have a model that explains away the magical stuff.¹

For the abstract objects specifically (and just as the rest of the concepts/ideas we develop), it means each of them is but a piece of information: 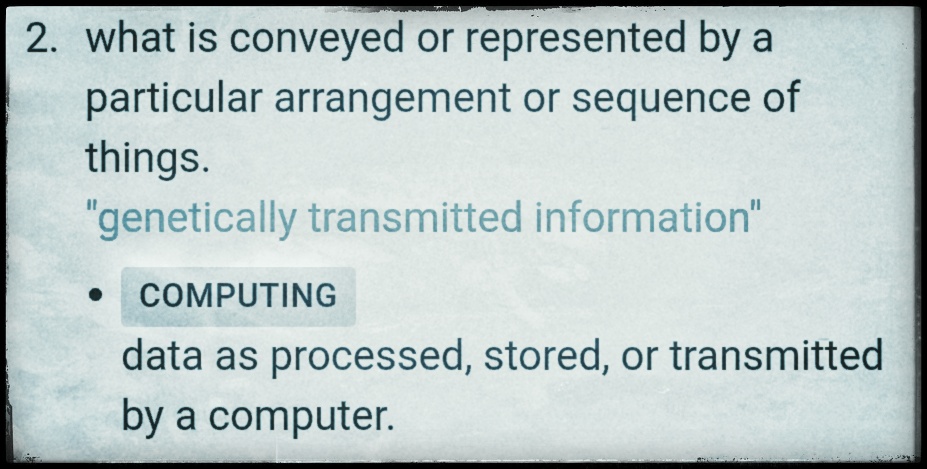 We can always think of it as a binary string -- because no matter how it is actually encoded, it can always be translated into the famous sequence of ones and zeros. And those things are very much real, existing as records on some physical media. In this particular case, that physical media is our brains. Every person that has acquired an idea of a square, has their very own copy.

And they are copies -- very often they are actually replicas, as it is the case with the square. Other times every person comes up with their own ideas, as Mary did after seeing red for the first time. And, given the (very observable) fact that we all share, and are parts of the same objective reality, we end up sharing many identical (like ) or similar (like ) or, at times, even predominantly wrong² ideas about it.

Incidentally, it also creates an illusion of every concept existing as a singleton that we all share.

² like 'cmon, what do you mean that wasn't funny?!

Not the answer you're looking for? Browse other questions tagged philosophy-of-mathematics ontology causality platonism or ask your own question.

6
Is the idea of a causal chain physical (or even scientific)?
1
Is determinism logically flawed?

5
Should a mathematician/physicist know any philosophy?
6
Archaic mathematical reality as referred to by mathematician Alain Connes
7
If the Platonic world exists how would we know?
8
Is mathematical platonism compatible with Platonism?
9
What are the properties of Mathematical Objects?
2
Does the idea of experimental mathematics entail Platonism?
4
What is the name of the position that is skeptical about the existence of categories created by the mind?