Does a Cycle Based Alternative to Set Theory Exist?

My (limited) understanding of Mathematics in general and of Set Theory (being a widely accepted foundational system of Mathematics) in particular, is that the mathematical objects described therein exist in their entirety at any given instant. It is also my understanding of Set Theory that the entire thing is built on the idea of objects, real or abstract, that can be included in or excluded from these sets based on the characteristics of these constituent elements.

At this point, it occurs to me that there is no such thing (in the physical world) as an object. Many will disagree with me on this point, but I'm fairly certain that current quantum theory has pretty conclusively shown that even the most fundamental of particles still have a wave nature. That is to say, they are cyclical. In the physical world at least, any "set" created out of physical objects must also have a duration (or a wavelength?) because all of the included elements must also have this characteristic.

I'm not sure if I'm supposed to edit the original Title of my post/question or not, so I'm restating my original question below.

Original Question: Does a Cycle Based Alternative to Set Theory Exist?

Amended Question: Does a foundational mathematical theory exist which is based on collections of processes as opposed to sets of abstract mathematical objects?

Perhaps I shouldn't have tried to include my set of quantum "particles" to try to illustrate my question... I think it just confused the point I was trying to get at and for that I sincerely apologize.

Also, I should have used the term process instead of either cycle or wave. As many have pointed out in the comments below, the sets of set theory most often involve sets of abstract mathematical objects, often with no regard for the order of the items within those sets. But how does one know what is contained within a set?

How can you count the number of elements contained within a set without the act of counting those elements? Is the act of counting not a process carried out over time? And what is arithmetic if it's not counting? And if arithmetic is at the very core of math, and counting is at the very core of arithmetic, and counting is a process that takes time (cycles) to perform, then how can/does set theory justify the idea that an entire set can exist, represented as some kind of etherial eternal platonic form, without the act of instantiating that set, even if it's just a symbolic instantiation?!

I think you would understand sets better if you saw some examples.

In physics, photons are are model used to describe light... (sunlight hitting your face, laser beams, etc...). Photons are modeled as having a "wave-particle duality."

The number 7 is not a photon.

Look... suppose you play chess. Chess is a game having rules.

You can play chess: 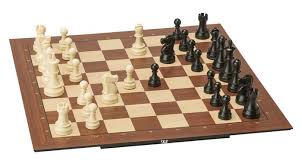 I am paraphrasing here, but you said something like, "the objects described in sets exist in their entirety at any given instant in time. "

It is very VERY incorrect math to say the following:

Sets have nothing to do with time.
It makes no sense to say that the objects in a set "exist in their entirety at any given instant in time."

Computer scientist sometimes talk about time.
Suppose we are sorting a list of several letters. We want to put the letters into alphabetical order

A computer scientist might want to talk about the set of indices which have been sorted at any point in time.

The solution: give each set a different name.

Note: the sets are not all named "S" Each set gets its own, separate, name.

One of the key features about sets is that order does NOT matter.

The following two sets are the SAME:

The following sets are all equivalent:

Why on earth would you want each element of a set to be a "wave"? That's just weird.

I guess you can do it:

Let f be a function such that:

It follows that Gozer the Destructor is a set of mathematical waves.

“Cycles” is quite specific, but you might find Category Theory interesting!

There is a large branch of mathematics whose practical aim is (broadly speaking) the figuring of maths and proofs in more algebraic, combinatorial terms, and it tries to use Categories (whose ‘elements’ are directed arrows, like in Graph theory) as a key framework for discussions about mathematical structures.

Well, I think it's time to close this one down.

The closest thing I've found to what I was originally asking about is a sort of mashup of Operationalism and Aristotelian Realism. Apparently there's also a Euclidean Arithmetic that explicitly attempts to frame mathematics in terms of "real" objects/operations grounded in physical reality.

The Euclidean arithmetic developed by John Penn Mayberry in his book The Foundations of Mathematics in the Theory of Sets also falls into the Aristotelian realist tradition. Mayberry, following Euclid, considers numbers to be simply "definite multitudes of units" realized in nature—such as "the members of the London Symphony Orchestra" or "the trees in Birnam wood". ~Wikipedia

I guess I just always assumed that all Mathematicians fell into the Mathematical Platonism school of thought. It turns out that they do not. Well, you know what they say about making assumptions...

Not the answer you're looking for? Browse other questions tagged set-theory foundations-of-mathematics or ask your own question.

5
What's so bad about giving up the Axiom of Choice?
1
Theology of set theory
4
Set theory vs. type theory vs. category theory
0
Can Physical and Mathematical objects exist in the same set?
0
Intuition behind existence of "function sets"