What does "logically prior" mean? [closed]

Frege's leading idea was that propositions have “function-argument” structure. Though for Frege, functions are not abstract objects. In particular, while a function maps each entity in some domain onto exactly one entity in some range, Frege (1891) does not identify functions with sets of ordered pairs. On the contrary, he says that a function “by itself must be called incomplete, in need of supplementation, or unsaturated. And in this respect functions differ fundamentally from numbers (p. 133).” For example, we can represent the successor function as follows, with the integers as the relevant domain for the variable ‘x’: S(x) = x + 1. This function maps zero onto one, one onto two, and so on. We can specify a corresponding object—e.g., the set {⟨x, y⟩: y = x + 1}—as the “value-range” of the successor function. But according to Frege, any particular argument (e.g., the number one) “goes together with the function to make up a complete whole” (e.g., the number two); and a number does not go together with a set in this fashion. Put another way, while each number is an object, a mapping from numbers to numbers is not an additional object in Frege’s sense. As Frege noted, the word ‘function’ is often used to talk about what he would call the value-range of a function. But he maintained that the notion of an unsaturated function, which may be applied to endlessly many arguments, is “logically prior” to any notion of a set with endlessly many arguments that are specified functionally as in {⟨x, y⟩: y = x + 1}; see p.135, note E. 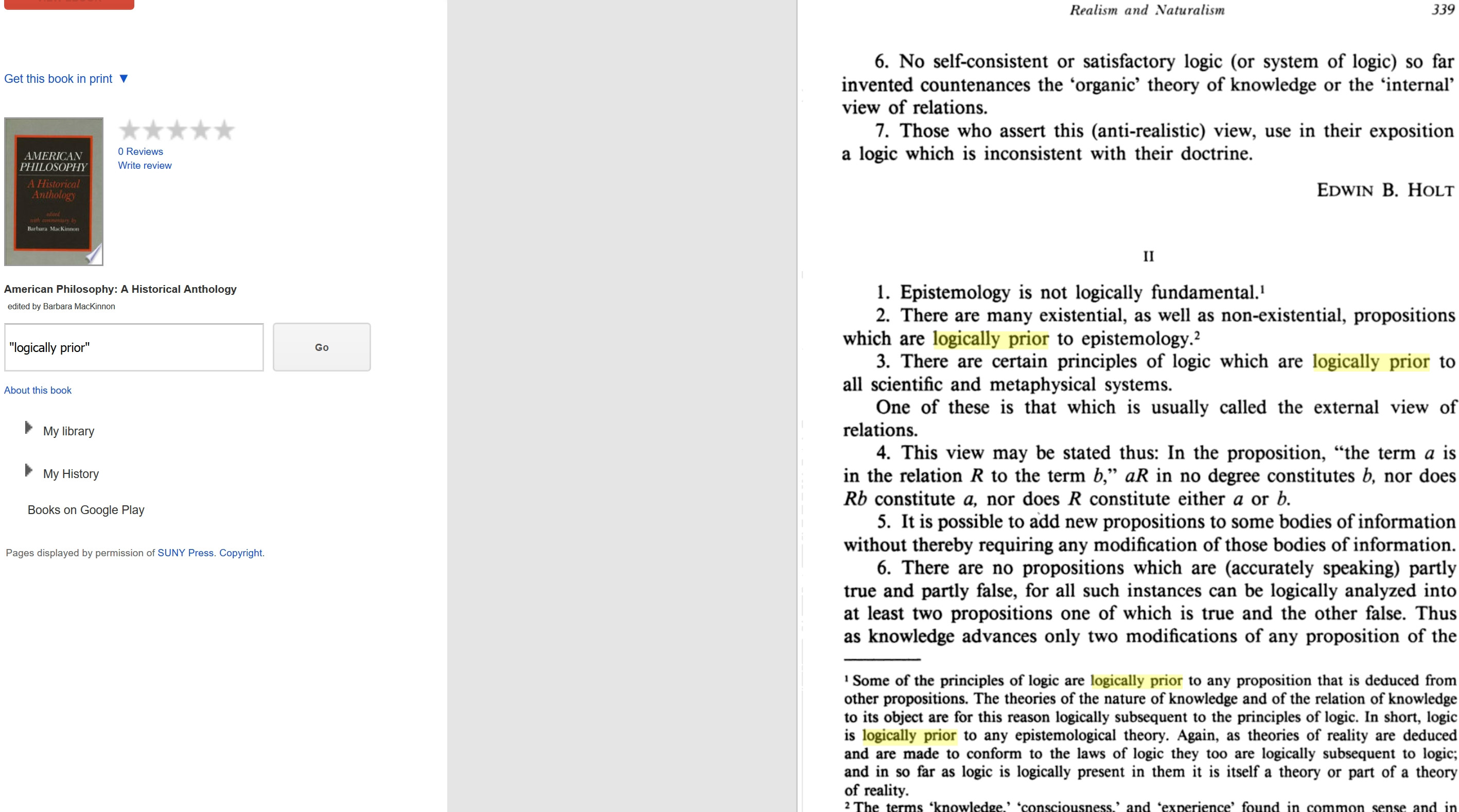 Philosophy in the Ancient World: An Introduction by James A. Arieti. p 347. 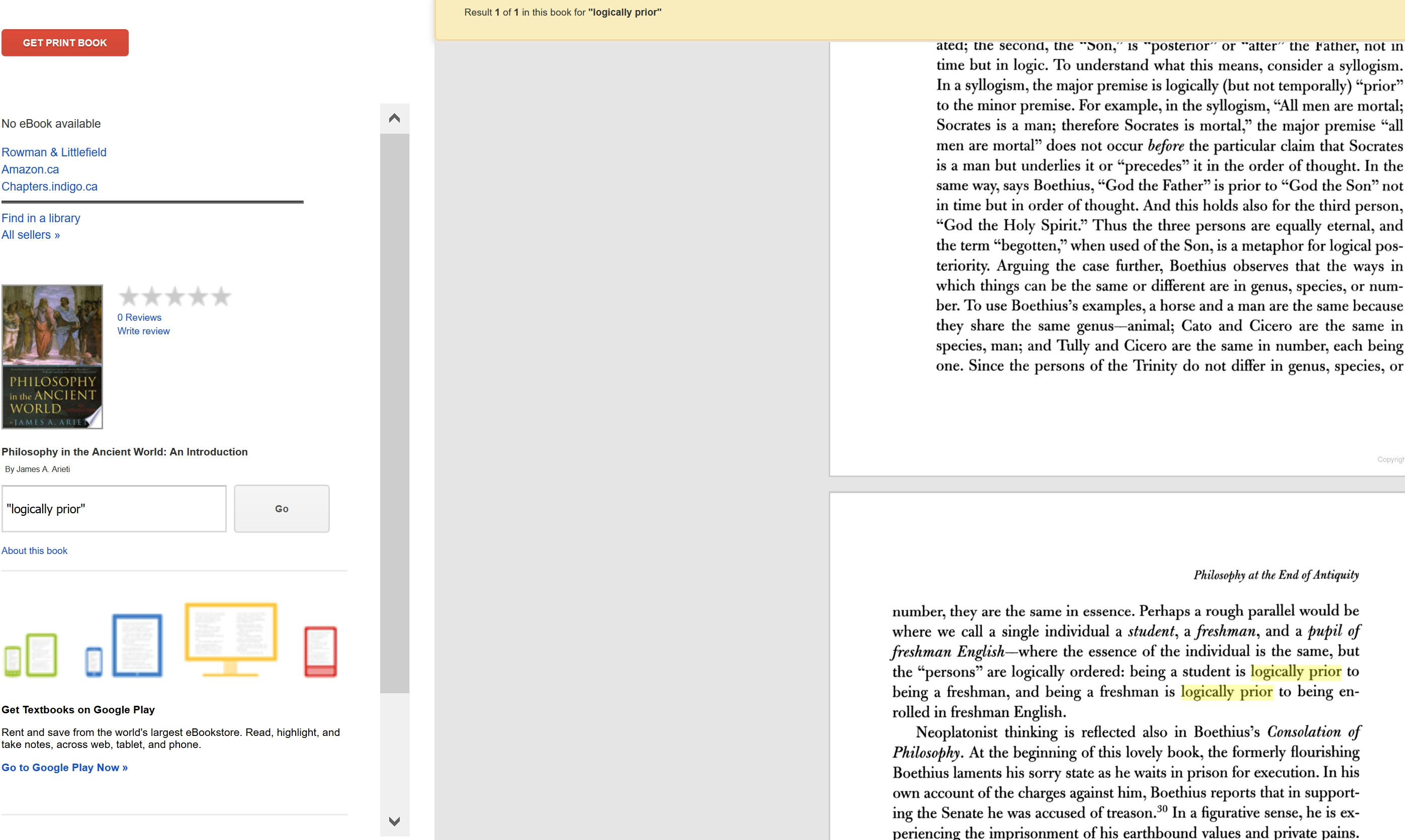 Adam Sharpe has the right idea. There are two types of implication you should be familiar with: material implication which comes from propositional logic and logical implication which and you can read more at this Mathematics SE post. They use different logical symbols, the former the right arrow or subset symbol and the latter the single or double turnstile whether you are dealing with proof theory or model theory which are mathematical theories that deal with syntactic and semantic appraisals of truth.

But! That's not really what you asked about and I digress. In essence, the way the term you cited is used is to indicate how philosophers often use the method of deduction to reason from first principles to conclusions. Deduction is by definition a form of reason whereby conclusions must follow from true premises that are logically valid lest one finds one in a state of contradiction. A classic example going back to the Ancient Greeks is the proof that the square root of two is incommensurable (irrational). One starts by assuming two numbers as a ratio expressing the root of two has no common factors, and then one proceeds to the conclusion that both numbers are even. Uh oh! If they're both even, they have the common factor of 2. Hence, they both do and don't have a common factor. By this, it stands that the root of 2 cannot be expressed as a rational number because it's not possible for those two states (having and not having a common factor simultaneously). This is because logically prior to the proof, the law of excluded middle is presumed to hold.

So, to recap and state explicitly a generalized answer to your question:

Logically prior means that in deductive reasoning, you can't get from your first principles to your current conclusion without moving through some other proposition.

So, if one is a freshman, one has answered the question what type of student, and it is logically prior to being a freshman, and if one is a student by occupation, one has answered the question what type of person, and so logically prior to being a student is being a person. A more mathematical example would be the notion that if a triangle has exactly 180 degrees, it stands logically prior that one has started with the Euclidean parallel postulate. There are non-Euclidian geometries, such as a spherical geometry where this postulate is NOT logically prior. In fact, on the surface of a sphere, a triangle can have 270 degrees. (Think if you start at the north pole, go south to the equator, east one-quarter of the oblate spheroid that is the earth, and back up to the north pole.)

Hence in a chain of deduction, any necessary proposition that is requisite to arrive at the current proposition, including the very axioms themselves, is logically prior.

If a proposition or a concept X is logically prior to another proposition or concept Y, then one is to infer Y from X in some definite logical (in a broadened sense of "logic", for, in substance, not any deductive framework is a logical system) order, but not necessarily in any other order. For example, a physics textbook presents knowledge to the reader in such a manner that logical order takes precedence over the epistemological one, as if a body of logical derivation were unfolding. Likewise, in a teleological framework, the end is logically prior, but temporally posterior, to the beginning.

9
What does "is true" mean in the phrase "a philosophical position is true"?
2
What does it mean to say what happens in your experience is inside your mind in a way in which what happens in your brain is not?
4
What does “there is something that it is like” in Thomas Nagel's “What Is It Like to Be a Bat?” mean?
0
Just what does closure mean in philosophy?
2
"There is always a kind of contempt in the act of speaking" - What does this quote mean?
3
What word do we use when we can't find an adequate one to convey what we mean?