A test for objectivity?

One could define the objective world that we believe to exist independent of us, as that part of our experience that is simultaneously experienced by other observers as well(And this common experience could be mutually exchanged using a language). If a 'test' for objectivity of an experience is demanded, is the above mentioned the only test we could conceive? i.e in terms of a mutual agreement among a collection of agents?

P.S. A test in the sense that all aspects of our experience that pass this test could be considered as objective.

One could define the objective world that we believe to exist independent of us, as...

No "as" :) That is an exhaustive definition of objective -- it means real, as opposed to imaginary, a product of an individual mind. That's the ontological model.

More importantly, it is also a model of real, and true. Being able to tell real from illusory, true from false is the reason we make that leap of faith (an irrational assumption), betting everything on the existence of the objective reality.

At least in the narrow sense, taken on its own, that belief is irrational. However, if we look at the broader context, it becomes a rational choice due to the Street Light effect. The objective reality is the bright spot. And lógos is the light.

That is correct. Actually. As it turned out, the very concepts of real and true are defined in the context of social interactions. They are useless on their own!

After all, those "social interactions" mean specifically...

And this common experience could be mutually exchanged using a language

Yes, that's the idea. To be more precise, what is common is the way we perceive objective reality (and no, "intersubjectivity" doesn't cut it).

Our experiences, however, refer to our adventures in this world, and they are very much unique. We also cannot exchange or share them directly w/o resorting to, well, mindreading, which I -- never!✻

That's simply not how we, humans, do it. We honestly spent 5 million years, developing our rational mind and symbolic thinking (the latter as recently as 150,000 to 50,000 years ago), leading up to the holy grail -- our ability to ask and explain why, a. k. a. the knowledge sharing.

In effect, we use our rational minds to compress raw experiences into knowledge -- a knowledge graph, to be precise, each node being either a mental model (a KG itself) or an "atomic" concept.1 The process is similar to inferring a formula from a function defined as a table of {x, y} pairs.

Compression ratios, thus, could be huge, making it possible to share experience distilled into knowledge by, again, asking and explaining "why/how".

That, in turn, would afford us a tremendous evolutionary advantage2 -- and the rest was history.

1 curtesy of the raw neural nets of the animal/irrational mind of subconsciousness.

2 in those times, individual humans, as a rule, were fully rational. 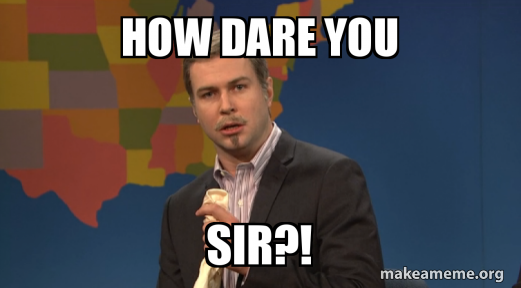 For something to be completely objective, the subject must absolutely vanish.

Now, considering that all the subjects in the universe are only humans. Does a tree includes the bacteria that live on it? Does it include small rocks that are trapped within the root branches? Perhaps half of humans can accept bacteria as part of the tree, and the other half might not. So, in any case, the concept is still subjective.

If you do the experience, you will see that we humans can't be objective about nothing in the universe. Not even with numbers (some people might see a 6, others might see a 9, others might not associate the number 5 with three, as my three-year stepdaughter does when she counts one, two, five and shows three fingers).

Moreover, nothing might exist independently of us. For the most accepted philosophical trends, the subject defines the object. That means that the object does not exist without the subject. In the digression between rationalists and empiricists, the latter won, and no mature form of philosophy nowadays would suggest that the world (the object) is independent of the observer (the subject).

But likely your definition of "the objective world" is not optimal for most purposes, and with a better definition, other tests of objectivity would exist for certain purposes. Such as an experience being objective by having been measured by a calibrated tool.

Not the answer you're looking for? Browse other questions tagged ontology or ask your own question.

3
How to make sense of philosophical text that might seem like “nonsense” but isn't?
0
Ref request: Reality objective or subjective
1
Is Objective Reality really just the Subjective Agreement of a given group?

1
Another name for “non-events”
2
Must existence be a property, for bundle theory to work?
0
Philosophy term for “variation”
0
What is the ontological basis for sentience arising from complexity?
3
Searching for book on Ibn Arabi
3
Can something be both objective and subjective to me at the same time?
4
Motivations for Mathematical Platonism
7
What are the criteria for existence?
2
What would be the correct abstraction for Thing and Action?
0
Help Understanding an Argument For Temporal Parts