Is a complete mathematical description of reality possible?

There are definitely states of systems(like mind) which are not quantifiable. For mathematics to work in principle, we need states which are quantifiable or measurable. So, does this go to show that complete description of reality in mathematical terms not possible?

David Chalmers argue the nature of consciousness, which is responsible for subjective experience, is something innate to the universe. An example he often cites is Mary a neuroscientist who knows everything, that is to know physically, about the colour red will still not know colour red when she first experiences it.

Also, Wittgenstein in Tractatus argues that

A logical picture of facts is a thought.
A thought is a proposition with a sense.

But it is generally agreed upon that this leaves a lot which can be claimed non-sense in Wittgenstein. As he himself acknowledges in his last proposition

Whereof one cannot speak, one must be silent.

So, if there are states of the world which cannot be appropriately expressed even in language, how can mathematics describe such states?

So, a further question is whether reality logical?

Completeness in mathematics has a specific meaning. Godel's Incompleteness Theorems showed this is not possible, for mathematics as a whole, and ended most of the remaining parts of the Hilbert Programme, including the aim to axiomatise physics.

Stephen Hawking grappled with the consequences for physics here, and the nature of what a Theory Of Everything would be: Godel and the End of Physics.

Godel's theorems are anti-foundationalist - a 'final vocabulary' is not possible. This is because minds, who create and use language, are strange loops, with tangled hierarchies, that include self-references and feedback loops. For a mind to understand the world, it must also understand itself, which complicates itself, requiring more understanding, a task which can never be completed. Minds are dynamic, creative, and exist as interactions, including through intersubjectivity. The best possible understanding must also be dynamic, interacting, alive.

A question possibly worth asking is "Will our understanding of mathematics ever be sufficient to fully describe some notion of ours of what reality might be?". To that question, looking just at what's been said in the answers to this question, I'd say...not likely.

It depends on the laws of physics.

However, it is possible to describe certain laws governing all real numbers, even though most of them can't be individually named by a formula.

The term "reality" is far too general to make much sense of this. But I believe that the answer is clearly Nein! Any mathematical description of "reality" would be part of that reality and must therefore describe itself, leading to the paradoxes of self-reference in set theory and to a Droste-like infinite regress. 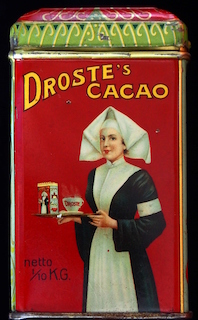 8
A distinction between knowledge of laws of physics and the actual laws
1
How it's possible to describe something if description itself is action that changes universe?

25
Is mathematics founded on beliefs and assumptions?
6
Archaic mathematical reality as referred to by mathematician Alain Connes
1
What is the Fregeian meaning of "grasping"?
3
The nature of elementary propositions in the Tractatus
1
Is complete isolation possible?
1
Argument against Platonism
1
Do Most Philosophers Ignore the Rules of Dialectical Logic?
3
Did early Wittgenstein view mathematics as "sense-less" or "non-sensical"?