Ask Question
Asked 6 months ago
Active 6 months ago
Viewed 83 times
-2
Closed. This question is off-topic. It is not currently accepting answers.

I tried to use reductio ad absurdum by assuming ¬∃y∀x(Fx→Gy) and then using quantifier negation to simplify it further, but it got very messy when I had to use ∃-elimination and ∀-elimination. I can't seem to get a contradiction that would allow me to prove ∃y∀x(Fx→Gy).

How would I prove this?

Well, first understand what it's saying and why it would intuitively be true. ∀x∃y(Fx→Gy) means that:

It's always easier to write a proof if you first understand what the idea is.

First assume ∀x~Fx, and show this implies ∃y∀x(Fx→Gy). (Simple because from ~Fx you obtain Fx→Gy immediately).

Then assume ~∀x~Fx (which is the same as ∃x Fx), and show this also implies ∃y∀x(Fx→Gy). Use the premise ∀x∃y(Fx→Gy). First you obtain Fc, then you obtain ∃y(Fc→Gy), then you obtain Fc→Gd, and using that with Fc gives you Gd. Now that you have Gd (i.e. you've identified a y for which Gy holds), you can get Fx→Gd, then ∀x Fx→Gd, then ∃y∀x Fx→Gy.

You can translate the following proof into natural deduction. 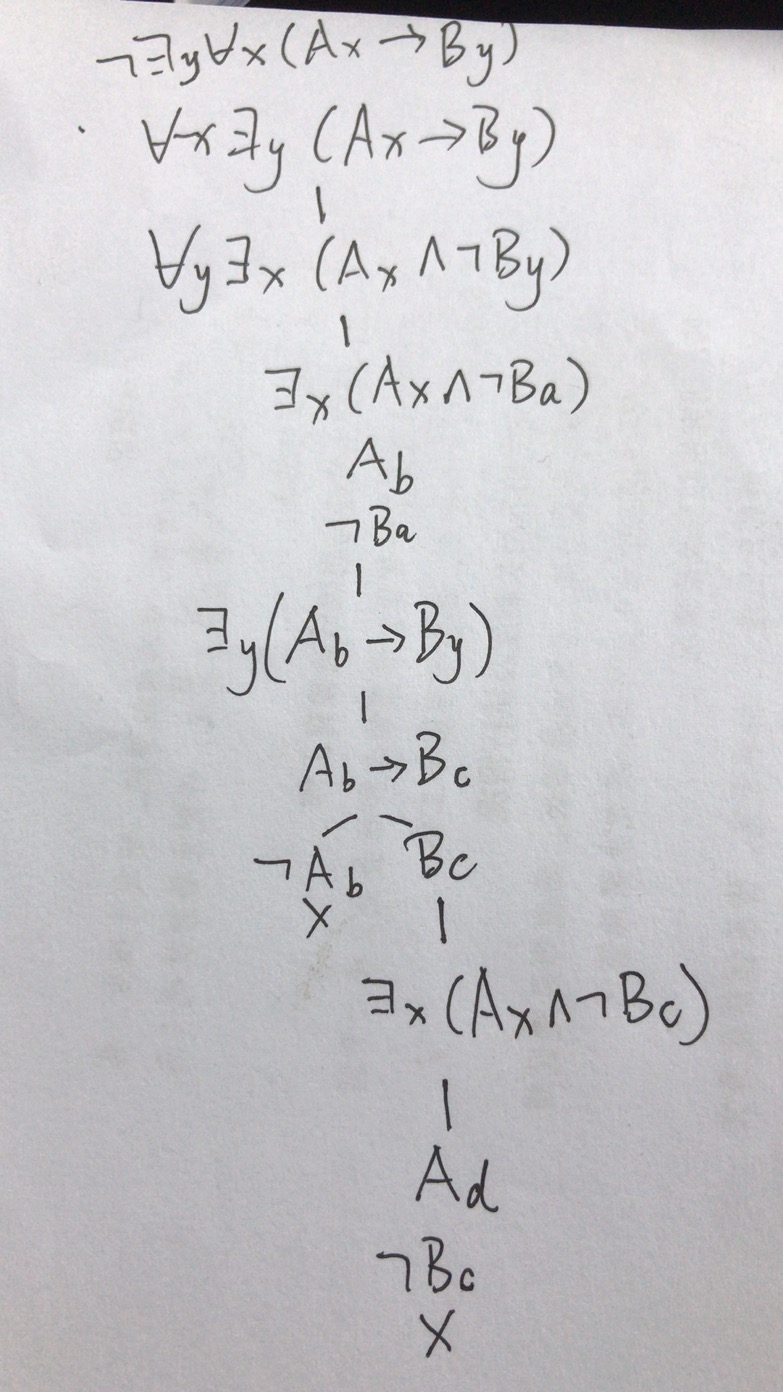 Not the answer you're looking for? Browse other questions tagged logic predicate-logic or ask your own question.