Is there a name for a philosophy that seeks to increase human suffering?

The vast, vast majority of ethic systems seek the minimization of human suffering as a good, considering it ethical or righteous in some way. Even anti-natalists believe this after a fashion, believing that preventing human beings from being born somehow results in a net reduction of suffering in the world.

However, recently I came across someone who was espousing the opposite belief, arguing that we must increase the net suffering of humanity for the survival of our species. Specifically the argument I heard went like this: most species in nature have their population controlled through a combination of predation and disease. Most species are infested with many species of parasites, and studies have found that removing parasites and diseases from the environment causes their population to explode because it removes their population controls. Similarly, reducing the individual's overall health impairs their ability to find food, find mates, avoid predators, or successfully raise offspring. Environmental stress is also a well-known factor in preventing pregnancies in humans. Humanity's current overpopulation on the planet is because due to technology and societal change we've mostly eliminated most forms of Malthusian population control: war, disease, famine, and predation are becoming increasingly rare, but as a result humanity has become hyper-efficient at stripping all the resources from an area and converting it into human biomass because we are simply too efficient as predators without any natural checks. Therefore, this person proposed that for the long term survival of humanity we must basically return to a state without modern technology where we constantly exist in a state of poor health and suffering from disease, parasites, starvation, etc. to reduce reproductive fitness and cannot access the technology necessary to ameliorate these problems as a constant check on our reproductive rate, else humanity become so efficient that we over-exploit our environment and go extinct.

Now, obviously most would consider this philosophy pretty evil by most definitions of the term and I suspect the individual who said this was an edgy little troll who just wants to see people suffer or else get a reaction, but it made me wonder if there is a name for philosophies that seek to maximize human suffering, rather than minimize it. I tried looking it up but couldn't find any philosophical idea similar to what this person suggested, even though there were some tangential similarities...

The closest thing I have been able to find is the fictional trope Dystopia Justifies The Means, in which a character seeks to create a system that maximizes suffering either because they are a manifestation of elemental evil or because they are an extreme misanthrope that wants to inflict suffering on others. Darkseid from DC Comics is perhaps the archetypical example of this, he desires absolute control over all life, but that control is expressed when he gets power through making the populace live in squalor and suffer for the sake of suffering. As expected of the trope, this is both because Darkseid is the anthropomorphic personification of the idea of tyranny and his own personal life is pretty screwed up (both parents were abusive, mother killed his fiance who was his only source of positive emotional support).

Obviously such a philosophy would be horrifying and immoral to most moral frameworks, but I am wondering if there is an actual name for a philosophy that seeks to increase the suffering of humankind beyond "cartoonishly evil".

There is a kind of subgroup of antinatalism called Efilism, from life backwards - it is literally anti-life, and at least can include promortalism. I don't know that it's been given any very serious treatment, it's more for internet Edgdelords & their Youtube channels.

Christopher Hitchens wrote a polemic about Mother Teresa, accusing her of exactly that stance. That only through suffering do people come to faith, so far from eliminating suffering, it must be maintained, even amplified. You can argue that is about the next world. But in regard to this one, a martyr-focused, salvation through suffering Christianity is such a stance.

A few other notes:

Population is below replacement in every region except Subsaharan Africa, this will be a powerful brake on ageing economies. The change is about demographic transition, which happens basically whenever you get good antenatal & infant care (universal education & family planning, help too).

Autoimmune diseases have been eased by giving people intestinal worms, suggesting part of why the occur is lack of targets common until very recently. Immune response requires energy, resources. We have hygeine and make vaccines, it's better.

Just as the demographic transition shifted cultural focus towards investing more in each of fewer children (arguably r to K strategy shift), so we need a cultural shift around the tragedy of the commons. Losing the poor won't change things: 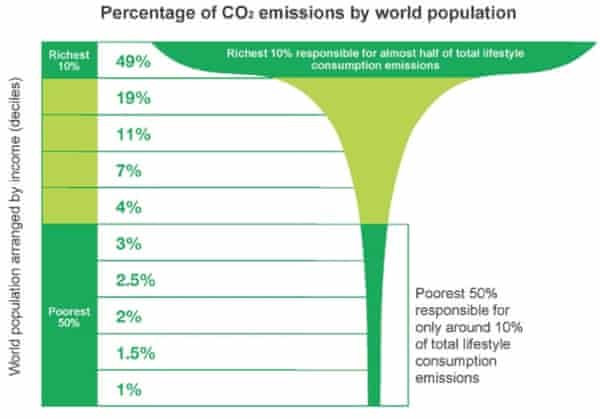 3
Doesn't population increase logically preclude reincarnation?
3
Is your phone a natural product?
1
Why can a human never have a child for a potential child's sake?
2
How can you soundly argue for antinatalism based on lack of consent?
1
The ethics of evolutionary custodianship
2
Do percentages of negative things in a given sample matter more or less than the quantity of negative things?
40
What are the ethics of having children today?
1
How would Nietzsche metaphorically apply the concept of a 'mind control parasite' to human philosophy, in relation to the will to power?