What exactly do 'objective' and 'subjective' mean in contemporary philosophy?

I'm pretty new to philosophy and I just have a quick question in regards to about how people use the terms 'objective' and 'subjective'.

Does objective value mean anything that is independent of one's mind? Meaning, no matter what one agrees or disagrees of the existence of something, it still exists? Whereas subjective value is mind-dependent?

The subjective question is about personal taste. Since it is about taste there is no conflict inherent in having different answers to the question. It is a known property of humans that they differ in their tastes. The question "Is the cake yummy" really should not be taken literally that way. The question is actually reinterpreted by people to me "Do YOU find the cake yummy". Which when asked of different people will generate multiple objective questions, one for each person.

In this case lets call the girl Sue and the boy Joe. The subjective question, "Is it yummy" converts into two objective questions, "Is it yummy for Sue" and "Is it yummy for Joe". The respective answers are yes and no. If Joe were to turn to sue and say "No it is not yummy" then he could be making one of two mistakes. He is either claiming that Sue thinks the cake is not yummy. In which case he is wrong. Or, he thinks that Sue was claiming the cake was yummy for everyone and was disputing that because he doesn't like it. Depending on what Sue meant he could be right or wrong, but only about his interpretation of what Sue was saying. After all if Sue meant it was yummy for everyone she is objectively wrong.

Another distinction that can be made is whether something is metaphysically or epistomologically subjective or objective. Metaphysically objective things are things we call can see. For example the apples. Things that exist in the real world independent of any one person. Metaphysically subjective things are that which only each person experiences and can verify against each other. Exactly how Joe experiences the taste of the cake is not something Sue can experience nor directly verify. This is usually referred to as qualia. This exists in the real world but only to a single person.

I could tell if my cat finds foods yummy by whether she eats them. That's an objective standard for measuring a subjective experience.

As a starting point, I can tell you that, generally:

- the term "objective" refers to things which we deem as true/existing independent of our observations of them, and

- "subjective" refers to a things which we deem as true/existing contingent on our observation of them.

The cake and apples example in the other user's answer below is an example of this, although it fails to take into account the fact that our count of the apples is itself subjective (maybe there's 100's of apples in a big bowl and we miss counting one). True, the actual amount of apples on the plate is an objective fact (by 'fact' here I simply mean a 'piece of knowledge that I hold as true'), and if we were able to calculate this without error then sure, the example works. But I think a better example is the idea that my mind (myself) exists — this is more readily and more universally agreed to be an objective fact. Under no circumstances can we conceive of a situation where the thinking self ("I") does not exist, for if we are thinking we must necessarily exist. Whether this thinking self is "smart", however, is subjective — to an ant I may be considered smart but to a super-intelligent alien species I may be considered as unintelligent as the ant is to me. My smartness thus is a subjective fact.

The problem however is that even what we might call as objective facts we arrived at only through the processing of our own minds, which are inherently subjective. This is the problem with the apples example, as well as for mine. Objectivity for us on a human-level, it seems, is not actually intrinsic objectivity (which we can't seem to know) but rather a form of collective subjectivity. Just because everyone agrees on the "truthness" of a fact doesn't mean that it's automatically an objective fact.

As you can see these concepts quickly become complicated, which is why I originally wrote that this question bordering on "too broad to be reasonably answered". Subjectivity and objectivity mean many things to different philosophers depending on their particular views on a wide range of concepts. A good, solid answer in my opinion would really touch on all the major lines of thought that deal with it, but that's perhaps too much work for a single question. There are many important concepts that come into play, pretty much everything in philosophy of mind, but specifically concepts such as:

Note, I linked only Wikipedia articles above. Do also check out the equivalent articles at the Stanford Encyclopedia of Philosophy.

The terms are somewhat ambiguous as to whether the sense of their use is ontological or epistemological. Professor John R. Searle explains as much in his paper, "Consciousness"

As for objective and subjective "value" roughly yes, but this also depends upon how "value" is being used. For example, "the old worn sock puppet may not have been worth it's weight in cotton, but its sentimental value to the child was beyond measure" is a subjective value; "the arithmetic expression evaluates such that x has a value of seventeen" is an objective value.

In the second example you may want to also look into distinguishing observer-independent and observer-relative (see section 1) as the computation of the arithmetic expression as done by a (non-human) computer is observer-relative, tho when the arithmetic expression is evaluated by a human, it is observer independent. For example, a map my show the directions from where you are to where you want to go - from point A to B. The "information" (also an ambiguous term) on the map is relative to an observer that can interpret it. The map does not know how to go anywhere. This is distinct from you actually knowing how to get from where you are to where you want to go - the information "in your head" is not relative to an observer, the conscious thought is psychologically real, actual and observer-independent.

From "Theory of Mind & Darwin’s Legacy" by Searle:

These terms might be used in different contexts with different meanings, still, there is a core meaning for them as visualised below: (and as it is said in the question itself)

Objective- an unchanging truth not dependent on perception. A universal truth. Subjective- how you understand something to be. It is your interpretation.

A subjective statement is one that refers to a subject. Anything else is "objective".

Does objective value mean anything that is independent of one's mind? Meaning, no matter what one agrees or disagrees of the existence of something, it still exists? Whereas subjective value is mind-dependent?

Subjective theories of value can have a number of meanings e.g.

Non-objectivism (as it will be called here) allows that moral facts exist but holds that they are, in some manner to be specified, constituted by mental activity.

The "non-objectivism" is about mind independence, but like the article suggests, there any many ways to define "independence" and so

the notion of “mind-independence” is problematically indeterminate

Finally, it is not clear to me if relativism is a subjective theory

Metaethical Moral Relativism (MMR). The truth or falsity of moral judgments, or their justification, is not absolute or universal, but is relative to the traditions, convictions, or practices of a group of persons.

If anyone wants to leave a comment explaining if it is, that'd be great!

Since you wrote objectively that you are [pretty new to philosophy] and even thought I subjectively think otherwise about you ☺ maybe you will have some additional fun on exploring the World 1, World 2 and World 3 from Karl Popper (as suggested by Sir John Eccles) in the conference of Alpbach, August 1982 with the subtitle "in search for a better world" (free translation from Portuguese) in one hand and exploring "objective reality", "subjective reality" and "intersubjective reality" as presented by Yuval Noah Harari in Homo Deus. You can make a matrix with 3 X 3. It is fun to see how certain things remain the same no matter the packaging we organize them ☺☺☺ 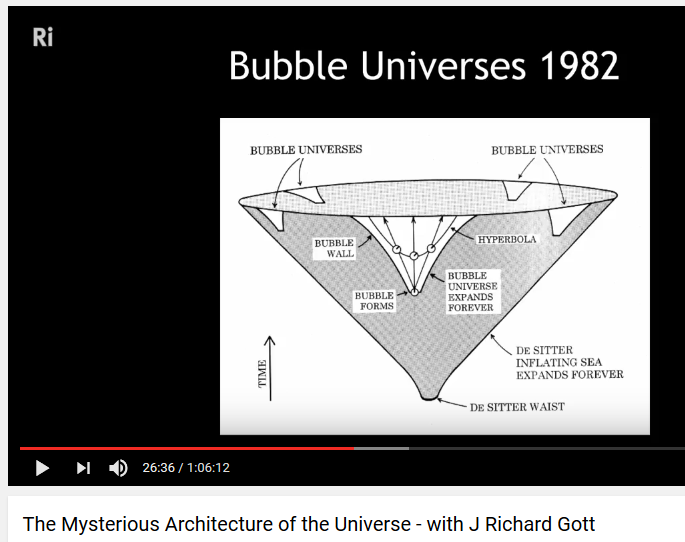 That's a pretty good first attempt at defining the difference between the two things.

Very simply put, Objective means that the thing is true or not, independently of how you happen to feel about it. E.g. the law of gravity or the statement that eating too much carbs without exercising will make you fat.

Subjective means that what is true for you may not be true for someone else. E.g. I think post-modern art is uniformly awful, whereas others may think it's the best artistic movement they've ever come across.

For bonus points, Subjective values may be defined as the type of values which may be arrived at by different methods depending on one's own tastes and priorities. E.g. which car you think is the best depends on whether you like off-roading, long road trips or short trips to work and back. Objective values are constant and can only be measured by one fixed set of tests, e.g. whether or not a Toyota Prius is a good choice for off-roading.

Subjectivity is a subset of objectivity. The best way to think of objective vs subjective anything is to view it at facts vs opinions. What is interesting is that opinions are also objective in many ways. For instance, if you tell me your opinion on cake, I can objectively tell you the fact that you like cake if I know that you like cake. So subjective things are usually an uncertain thing or a thing which is illogical as logical things can be proven to be objectively true in all circumstances where the terms to which the question are relevent are necesarily specific. It is not a subjective statement that there is currently dust on my ground. It is a subjective statement if I were to say I can't tell that there is dust on the ground with my present knowledge. If I knew more, I could make he objectively true statement that there is in fact dust on the ground. So objective knowledge can only come from understanding the entirity of the relevent components of the presently observable system while subjectivity is like an unsubstantiated belief.

Not the answer you're looking for? Browse other questions tagged ethics terminology or ask your own question.

10
What makes things real?
3
Can something be both objective and subjective to me at the same time?
1
What are some examples of the implications of changing epistemological and ontological grounds of the research?
3
Are objects objective?
0
Ref request: Reality objective or subjective

15
What is the modern view of the validity of Nietzsche's On the Genealogy of Morals?
6
What does “obtain” mean in philosophy jargon?
6
Moral nihilism?
1
Meaning of Being in 'Being and Nothingness'?
6
Are analogies between ethics and mathematics philosophically coherent?
0
Can something be absolute and subjective?
2
Does this definition of a soul make sense?
3
Is there a term for the philosophical view that claims nothing exists independently of interaction?
4
Is atheism about the existence of Deities or a personal perception of Sacredness?