Leibniz's monadology is often viewed as too counterintuitive a metaphysical theory and disenchants many. Could we draw a philosophically significant analogy between Leibniz's monads and Mandelbrot's fractals so that we make better sense of Leibniz's goals in monadology and his philosophical views in general? Could we make a model of Leibnizian metaphysics out of the theory of fractals with possible contributions from other formal tools?

For the sake of being facilitative, here are two quotes from Benoit B. Mandelbrot: 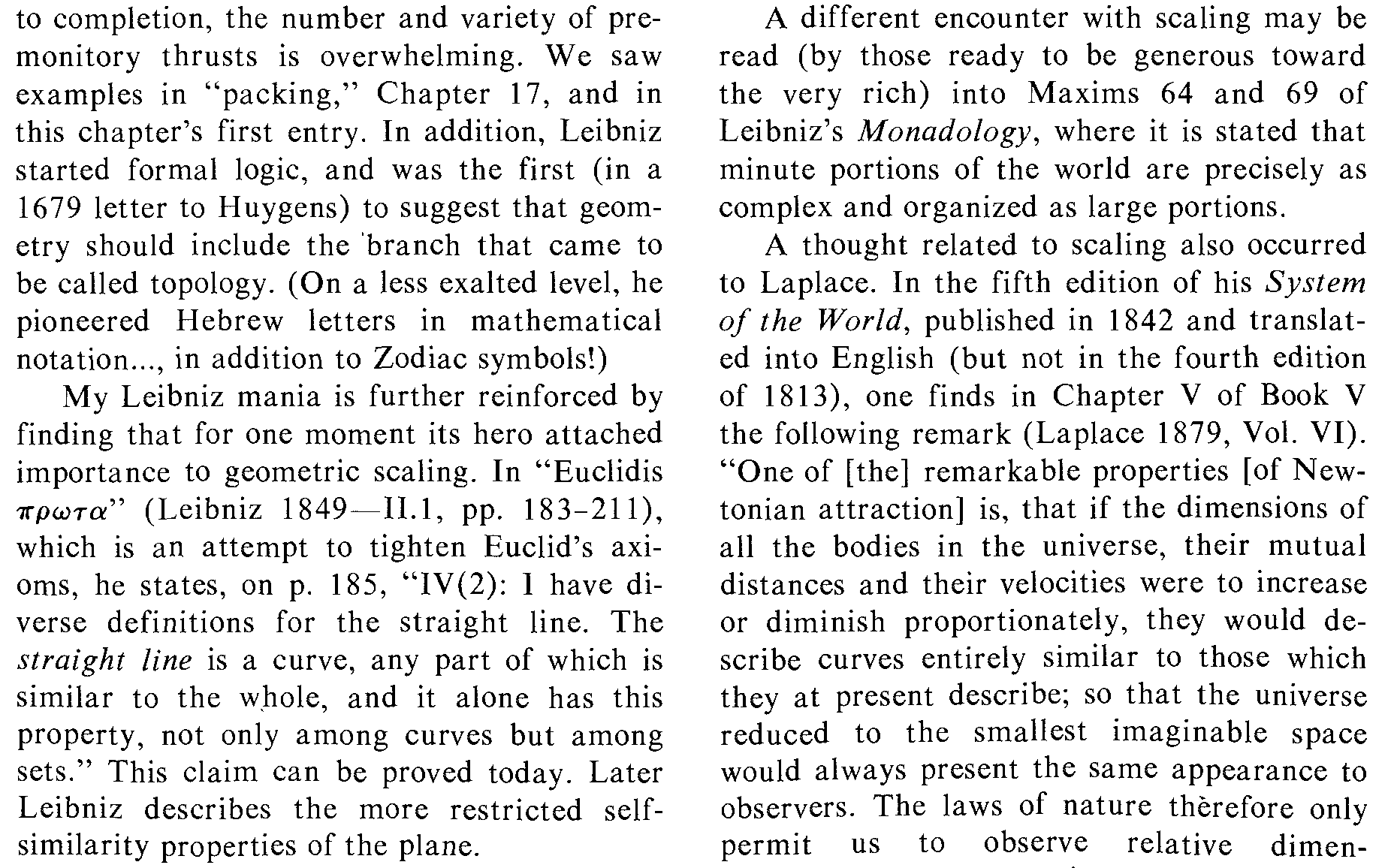 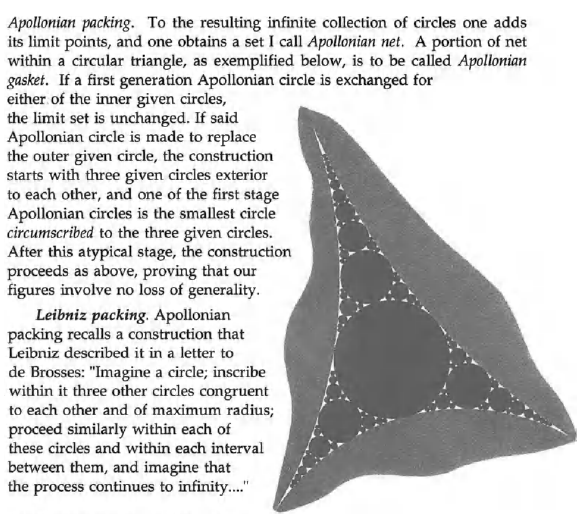 We discussed fractal cosmologies here: What would a fractal universe tell us about Time? I'd say there is a serious risk of saying something like 'these are two complicated things so they are the same' - an approach generally based on baffling the uninitiated with jargon, rather than making true headway (widely found in pseudoscience claims about how quantum behaviour is weird & consciousness is weird so they must be the same thing). We can link minds to complexity theory and emergence, sure. But we just don't find infinite-levelled self-similar structures like in Mandelbrot's maths, in our world - the Planck scale & size of the universe provide defined limits.

I'd say there is a fundamental parallel between what Plato is doing with his Forms, with the monism of Shankaracharya in Hindu thought, and with Leibniz's monads. That is, creating a framework which can relate cultural & religious diversity, into a single structure. While not consciously motivated by political aims, I'd suggest this methodology fits a kind of 'spiritual entrepreneurialism', where it gained attention & support for providing a basis for cultural unity, without requiring homogenisation.

Leibniz aimed to bridge the math-cult Plato took from Pythagoras, with his religious ideas, unifying mathematics & spirituality. On the mathematical monism part of that, I'd say Lisi's proposals about E8, are a better candidate for manifesting something compatible with Leibniz's ideas, than fractals.

Not the answer you're looking for? Browse other questions tagged metaphysics leibniz monadology mandelbrot fractals or ask your own question.

5
What would a fractal universe tell us about Time?

4
Is there an influence of Buddhist thought in Leibniz's Monadology?
2
Why does Leibniz require monads to act in concert?
3
Application of Leibniz's law to infer that things are different
3
Fault in Leibniz's counter argument to Absolute Space
4
Leibniz monads/connection to the physical universe/atom
4
What makes Leibniz's definition of perfection unintelligible?
0
How are the relation between monads formed?
1
Question about Leibniz' view on monads and causality
2
Monads, souls and rational souls