What Socrates meant when he pointed his finger up?

This image explains my question: 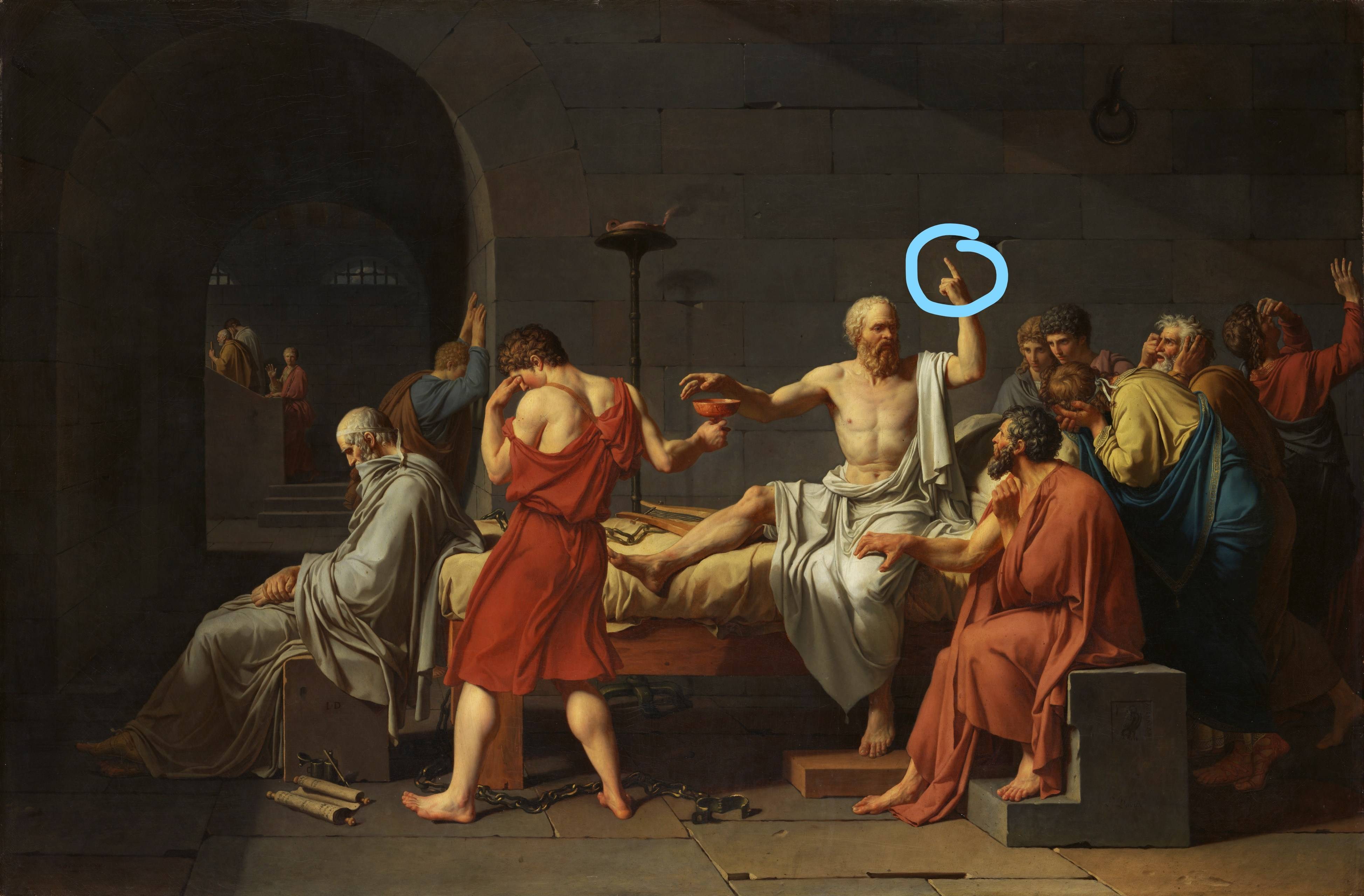 Not on David's Death of Socrates (the painting referred to in the question), but on Rafael's fresco the School of Athens (Scuola di Atene), an interpretation of Plato's and Aristotle's right hand gestures has been proposed. 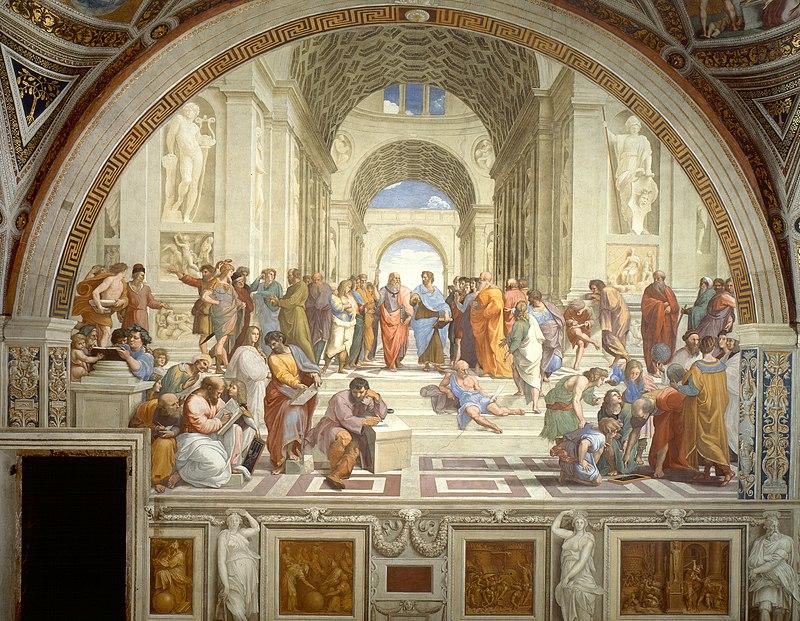 In Plato's Phaedo which describes Socrates' last hours after he is sentenced to die by drinking a poison called hemlock (the cup in the painting), Socrates argues for the immortality of the soul and says that death frees the soul from the corrupting influences of the body, and says "I not only do not grieve, but I have great hopes that there is something in store for the dead... something better for the good than for the wicked". So the painting is probably showing a gesture related to his discussion of some sort of "higher" realm of experience where the soul might go after death, and since the painter was from a Christian culture it might be natural to have him pointing up because of the associations with heaven.

Not the answer you're looking for? Browse other questions tagged socrates or ask your own question.

2
Meno's paradox - Did Socrates contradict himself?
3
Confusing name-dropping --- Is Socrates known to have walked in a garden with his "pupils"?
3
Socrates question on god
4
What evils does Socrates refer to when discussing his State and the origins of war?
5
Socrates as a foot soldier and his political philosophy
5
"The beginning of wisdom is the definition of terms." - Socrates?
3
When the Oracle called Socrates the wisest of the Greeks he at first rejected the label then accepted it. What caused Socrates to change his mind?
1
What was Socrates' goal in life?
3
The index finger of Socrates and Plato
4
What were Socrates views on afterlife?