The relationship between energy and information

I read that the Inuit consider the caribou and the wolf to be complimentary parts of an inclusive, larger entity. I am curious whether it is useful to view the relationship between energy and information in similar fashion. They are both conserved properties and 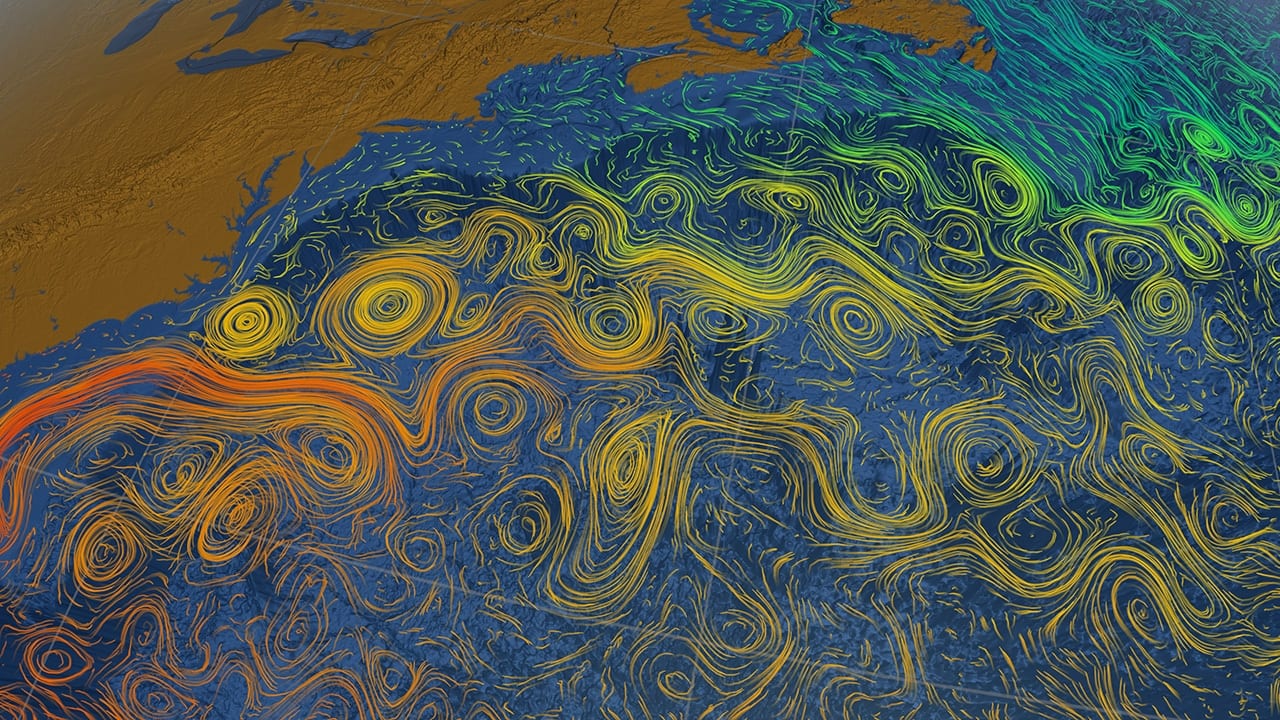 as far as I can see, one does not manifest without the other. This would mean acknowledging information as an active agency of constraint and counterpoise to energy. Would appreciate knowing the thinking on this.

As all things philosophical, metaphysical presuppositions matter, but I think from a perspective influenced by the Kantian notions of forms of concepts the answer would be no, it would be a category mistake.

The relationship between the predator and prey is well understood scientifically among ecologists. The Inuit recognition of the inter-relation of those two organisms in an environment, of course, presages the Western philosophical tendency to analyze, reduce, and see distinction coming full-circle back to systems theory. But there's a fundamental distinction between the two relations you examine.

On the one hand, wolf and caribou are both physical biological organisms which exemplify both ecological and evolutionary theory. But the relationship between energy and information is a little different. Energy is not a directly observable phenomenon like wolves, springs, or light. From WP:

In physics, energy is the quantitative property that is transferred to a body or to a physical system, recognizable in the performance of work and in the form of heat and light.

In fact, energy is a property, not an entity, and it only exists insofar as it explains changes in physical systems. But both the explanandum and explanans are linguistic constructions. For instance, if you carry a stone up a hill, and place it at the top, the stone can be seen, the hill can be seen, and upon letting the spherical stone roll down the hill, the motion can be seen. All of these entities and properties can observed directly, but energy cannot not. Why is that? Because energy is a linguistic construct. One can feel heat, but thermal energy as conceived is a measurement, and energy as a class (thermal, gravitational, kinetic, chemical, etc.) is an abstraction and linguistic artifact. Thus, in the same way a color is a property of an entity, but does not inhere to the entity (let's say color is a qualia and is constructed by the conscious mind), so too 'energy' is a linguistic construction which serves an explanatory purpose of the conscious mind. 'Energy' explains why physical things change, and a word crafted to satisfy an explanation is not a physical thing so much as an experience.

Am I saying energy is not real? I'm going to dodge the ontological chaos that results over such tussles by saying that energy while it can be understood as noumenon that most people's use of 'energy' is a mere definition. It is an important to observe the use-mention distinction. Anyway, in this regard, 'energy' is a word, and word is a type of information. So, the relationship between 'energy' and information is clearly different than that between the wolf-caribou complex:

So, it's certainly a good activity to analyze the conceptual relationship of wolf-caribou and compare it to the conceptual relationship inherent in energy-information; that's exactly what philosophy does. But, to see the two relations, given the discrepancies between physical-mental properties, biological process and linguistic structures involved, I would argue that the relations themselves, at least from a mereological perspective, are a metaphysically necessary distinction.

The starting point for this question is that in physics, conservation of energy is a highly powerful working assumption. And also, many physics problems can be translated into information terms, where information is treated similarly to entropy, and conservation of information can be a useful assumption. Example: https://www.scientificamerican.com/article/information-in-the-holographic-univ/

The idea that energy and information are coupled due to their both being conserved, has more justification in physics than most physicists would give it credit for. To understand why, one must understand how both are "conserved".

These are very similar criteria, which is why you sense these may be coupled conservation principles.

However, the criteria for NON conservation are different. Note all physics conservation laws are actually only regularities, as the symmetries they are based on are gauge symmetries, which spontaneously break: https://www.pnas.org/doi/10.1073/pnas.93.25.14256. The best known situation where conservation of energy is broken is early in the big bang, when the slope of the G field makes time not symmetric. But one need not be in exotic G fields for time to break symmetry. It does so in Time Crystals as well https://www.technologyreview.com/2016/10/04/157185/physicists-create-worlds-first-time-crystal/ An unrelated violation of conservation of energy was behind Hoyle's proposed Steady State Cosmology, which assumed the creation of new protons at a low rate in empty space.

The exceptions to information conservation occur under slightly different conditions -- basically when one cannot predict the future or reconstruct the past. The most well known example of not being able to reconstruct the past is with black holes, where the prior state information is lost, as one cannot back calculate the states prior to matter falling into a black hole. the next most noteworthy is quantum events, where the resulting state is not predictable, but instead is probabilistic. New information is created for physics systems which behave non-deterministically, and every quantum probability event creates new information. Note Everett does not address this issue -- one cannot know the measurement one will detect on a quantum sensor beforehand, which means one cannot project future events -- and information is created by those events. Note that energy is conserved for both black holes, and quantum events, so it is NOT the same time non-symmetries that lead to breaking these two conservation principles.

A further comment on information conservation. Recent trends in philosophic thought are a source of tension with it. Emergence as an unpredictable phenomenon is often asserted as part of non-reductive physicalism. As is the inability to reduce phenomena to their substrate, per multiple realizability. Both multiple realizability, and emergence, appear to contradict the predictive/reconstructive symmetry needed for information conservation.

11
Is the idea that "Everything is energy" even coherent?
1
Is the concept of information nonphysical?