Is this an argument against an experience machine?

Is this an argument against an experience machine, that the things we value inside of it only matter to us?

I'm trying to be practical about having strange concerns, and wondered whether their uniqueness to me means not only that they likely can't happen but also that they are meaningless.

So, even if I spent some time climbing Everest in an experience machine, does the very fact that no-one else thinks it's an achievement make it a meaningless experience? If I climbed it with someone else (also hooked up into the machine), would that make it meaningful? What if I didn't know they were? etc.

By experience machine I assume you mean a machine designed to replicate the feeling of actual experiences, like some sort of souped up VR thing.

Now, if it means something to you to climb a mountain in VR, I cannot argue; it is fully your decision to make something meaningful. Whether or not other people find it meaningful does not discount the meaning you find. However, I would advise to take into account where others find or do not find meaning. Oftentimes they have good points.

So, your experience machine can be meaningful so long as you make it so. Though, as a matter of personal opinion, I would much rather climb a real mountain than a simulated one.

So, even if I spent some time climbing Everest in an experience machine, does the very fact that no-one else thinks it's an achievement make it a meaningless experience?

We've got those "experience machines" already. 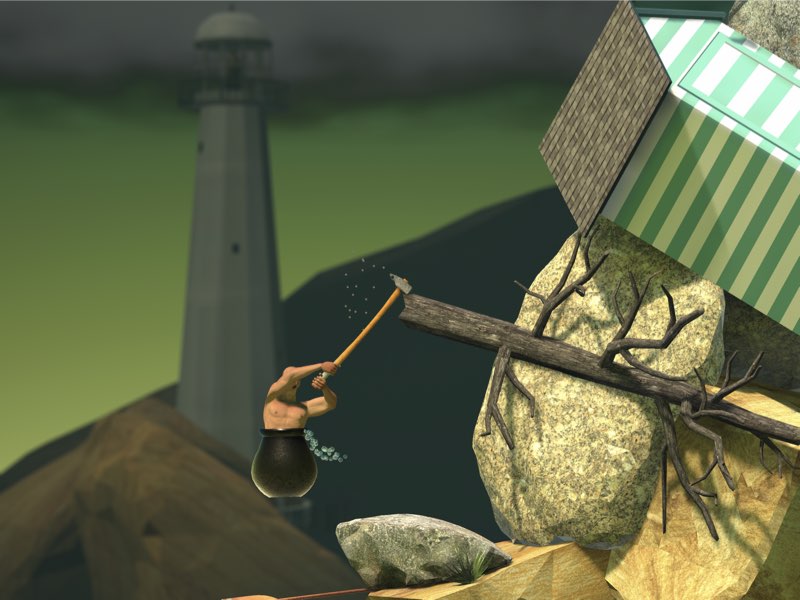 "Climbing" to the top of this "mountain" is difficult. Not everyone can do it – though many people are capable of becoming able to do it. The "mountain" is not a real object. And yet, people consider "scaling" it an achievement.

If an experience can be inherently meaningful, I don't see how things outside the experience should affect its meaningfulness. If something else gives experiences meaning, you already have an answer to this question.

(Note: this interpretation of an experience machine is atypical.)

"if I spent some time climbing Everest in an experience machine, does the very fact that no-one else thinks it's an achievement make it a meaningless experience? If I climbed it with someone else (also hooked up into the machine), would that make it meaningful? What if I didn't know they were? etc."

Ludwig Binswanger (1881-1966) had an opinion on shared versus private experience, especially as a psychiatrist. He emphasised the value of being in the Mitwelt—the shared world—as opposed to the Eigenwelt—one's own world.

He wrote about this in 1930s essay Traum und Existenz (Dream and existence):

For Heraclitus, genuine awakeness is, negatively put, the awakening from private opinion (doxa) and subjective belief. Put positively, it is life (and not just the life of thought!) that accords with the laws of the universal, whether this universal be called logos, cosmos, sophia, or whether it is considered as a combination of all of them in the sense of a rational insight into their unitary, lawful interrelation and in the sense of action according to this insight. Hegel presents this Heraclitean doctrine by saying that here Reason, Logos, becomes the judge of Truth—not, however, of truth that is second best, but, rather, of divine, universal truth: "this measure, this rhythm which penetrates through to the essence of the All" (an echo of the ancient συμπάθεια - sumpathíā).

Nothing truer or more unprejudiced can be said about Truth. Only consciousness of the universal is consciousness of truth; but consciousness of particularity and particular action, originality which results in idiosyncracy of content or form, is untrue and evil. Error, therefore, consists solely in the particularization of thought—evil and error consist in the divorce from the universal. Most men think that their conceptions should be something special and original; precisely this is illusion.

However, some sharp criticism could be made of this neat distinction and the higher value given to the Mitwelt. One, for example, from Nietzsche, quoted by Derrida in The Question of Being & History, p.211. One can imagine Nietzsche would certainly find some fault with the Mitwelt of today's crazy politics.

I believe there has been no dangerous vacillation or crisis of German culture this century that has not been rendered more dangerous by the enormous and still continuing influence of this philosophy, the Hegelian. ...

History understood in this Hegelian fashion has been mockingly called God’s sojourn on earth, though the god referred to has been created only by history. ...

You see what is signified by the accusation of vulgarity that Hegel and Nietzsche are flinging, or would fling, at each other. Now you know that if, as we saw, what governs the whole of Hegelianism in Heidegger’s view is a vulgar (his word) concept of time as intra-temporality, worldly temporality thought in the mode of the movement of Vorhandenheit, Heidegger says elsewhere, in passages I read at the beginning of the year, that Nietzsche is merely a reversal of Hegel: that is, he still belongs to the sphere of metaphysics in which this reversal takes place. He too, then, would be a victim of Hegelian vulgarity.

Heidegger joins the interior world with the exterior, but both retain different characteristics. Climbing Everest in an experience machine by oneself is not a meaningless experience, but you won't get a medal unless you do it in the shared world.