Was Bishop Berkeley part of the Enlightenment and if so - how did it fit his adherence to religion?

"Whether Mathematicians, who are so delicate in religious Points, are strictly scrupulous in their own Science? Whether they do not submit to Authority, take things upon Trust, and believe Points inconceivable? Whether they have not their Mysteries, and what is more, their Repugnancies and Contradictions?"

In other words, Berkeley has no problem with deference to authority per se but with mathematicians misrepresenting what they are doing as "Reason and Science" while indulging in shady concepts and invalid arguments. He claims that mathematicians fail by their own standard, which he need not accept to make the objections. Indeed, in earlier passages he is explicit about the hypocrisy of accepting the "magic" of early calculus while criticizing religion for obscurity, the pretense of giving demonstrations while using infinitesimals that do and do not vanish depending on the part of the calculation, and the ex post facto justifications offered for the results.

"All these Points, I say, are supposed and believed by certain rigorous Exactors of Evidence in Religion, Men who pretend to believe no further than they can see. That Men, who have been conversant only about clear Points, should with difficulty admit obscure ones might not seem altogether unaccountable. But he who can digest a second or third Fluxion, a second or third Difference, need not, methinks, be squeamish about any Point in Divinity... But with what appearance of Reason shall any Man presume to say, that Mysteries may not be Objects of Faith, at the same time that he himself admits such obscure Mysteries to be the Object of Science?

[...] I say that in every other Science Men prove their Conclusions by their Principles, and not their Principles by the Conclusions. But if in yours you should allow your selves this unnatural way of proceeding, the Consequence would be that you must take up with Induction, and bid adieu to Demonstration. And if you submit to this, your Authority will no longer lead the way in Points of Reason and Science."

In other words, Berkeley need not accept the Enlightenment's challenge to the Faith, his point is that one of Enlightenment's darlings, the creator of calculus and mathematical mechanics, engages in obscurities that require no less faith than the Holy Trinity. Berekeley's criticism was accepted by mathematicians, even by Newtonians, who (Maclaurin's Treatise on Fluxions of 1742, D'Alembert, later Cauchy) developed more coherent expositions of the calculus methods in response.

But, Berkeley aside, Enlightenment included plenty of religious figures, and the challenge to the authority of the Catholic Church could go hand in hand with devout Christianity, especially of the Protestant sort. Berkeley himself was an Anglican bishop. Reformation emphasized one's personal relationship with God as opposed to the one filtered through the authority of the priests, to a degree this was even accepted by some Catholics, like Jesuits. Berkeley opposed Enlightenment's deism, which rejected miracles and revelation, but even Newton himself sought to reconcile science and faith, and Locke, Berkeley's philosophical inspiration, proceeded to do just that in On the Reasonableness of Christianity (1695), see SEP's Religion and the Enlightenment:

"Though the Enlightenment is sometimes represented as the enemy of religion, it is more accurate to see it as critically directed against various (arguably contingent) features of religion, such as superstition, enthusiasm, fanaticism and supernaturalism. Indeed the effort to discern and advocate for a religion purified of such features – a “rational” or “natural” religion – is more typical of the Enlightenment than opposition to religion as such. Even Voltaire, who is perhaps the most persistent, powerful, vocal Enlightenment critic of religion, directs his polemic mostly against the Catholic Church in France... not to religion as such.

[...] Alongside the rise of the new science, the rise of Protestantism in western Christianity also plays an important role in generating the Enlightenment. The original Protestants assert a sort of individual liberty with respect to questions of faith against the paternalistic authority of the Church. The “liberty of conscience”, so important to Enlightenment thinkers in general, and asserted against all manner of paternalistic authorities (including Protestant), descends from this Protestant assertion."

Bishop Berkeley didn't adhere to the Enlightment; he was a Christian, and:

From his earliest days as a writer, Berkeley had taken up his pen to attack what were then called free-thinkers (secularists, skeptics, agnostics, and atheists—in short, anyone who doubted or questioned the local Christian religion or called for a diminution of religion in public life).

One of the archetypes Berkeley addressed was the rational scientist, who discarded local Christian dogmas as obstructing superstitions, and declared his confidence in the power of human reason and science. Seeing this rational attitude as a threat to the Church, Berkeley, a Christian priest, mounted an attack in defense of the Christian dogmas.

This figure of the rational being is a typical enlightment trope. So in this sense he wasn't a typical Enlightment figure. Nevertheless, its not true to say that there is no figure of authority for the secularist, the free-thinker and the agnostic - they set up reason as the object of worship.

I think that there may have been a typo in the quote: He'd instead

questioned whether mathematicians "submit to Authority, take things upon Trust" just as followers of religious tenets did.

It seems it is not possible for our little brains to split religion AND something such as science, capitalism, communism, clubism, statism, enlightenment and so for... things emerge from other things...

As Max Planck put it "For religion, God is at the beginning; for science, God is at the end." See more, for example, in God Is a Person Reflections of Two Nobel Laureates. Religion is embedded everywhere. ☺

It seems to me The Analyst, by George Berkeley, 1734 was a superior exercise to make sense of things which worried him then. It was so good that even today we revisit it.

Read, please, the text of the image the way it is presented and then read it replacing "I" by "Religion" ☺ 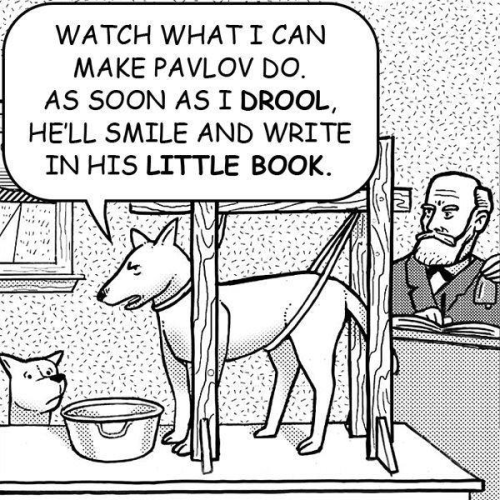 14
What is the difference between philosophy and religion?
7
Will fundamental physics eventually become an aesthetic construction and proceed on aesthetic grounds?
10
How did materialists historically fit magnetism into their model?
66
How can an uneducated but rational person differentiate between science and religion?
5
What is the relationship between Science and Religion?
8
To what extent was Galileo's trial a conflict between science and religion?
4
Under what conditions would we have to accept that the supernatural has influenced the reality?